After a 13-year hiatus, the scallywag, Guybrush Threepwood, is back for another swashbuckling adventure. While several directors have led him on different escapades, the first two releases with its creator, Ron Gilbert at the helm, are still regarded as some of the finest examples of the point-and-click genre. As he walked the plank in 1991, fans rejoiced when he announced his Return to Monkey Island. With its original crew on board, will this new voyage be a buccaneering tale that will stand the test of time?

Following on from the events of Monkey Island 2: LeChuck’s Revenge, you control Guybrush in his search for the secret that lies in the mysterious region. With literally nothing to your name, you must acquire a means of travel and venture across the sea in a genuinely hilarious adventure. Set over 5 parts, the game has a lovely pace which is partly due to the execution of the ‘frame story’ narrative technique. Similar to films like Forrest Gump, Guybrush sits on a bench and recounts his exploits to his son. Throughout, the narrative hops from past to present which adds a delightful tone. Gilbert expertly intersects comedic elements but also manages to capture a heartwarming father-son relationship at the core of the plot.

Back to the Island

Mêlée Island is full of new and returning characters, strange and wonderful conversations, and equally bonkers scenarios. Gilbert’s oddball comedy and dry wit excel in these segments. As humor permeates the world, it feels natural and is implemented into each facet of the game. Therefore even solutions to puzzles can make you chuckle. Although the jokes come thick and fast, they produce many laugh-out-loud moments which adds a lovely atmosphere to the game.

Return to Monkey Island is full of fanservice and due to this, those familiar with the series will marvel at the litany of nods and references throughout. However, Terrible Toybox manages to balance this so newcomers will never feel lost. The Memoirs of Guybrush Threepwood is a scrapbook that you can access to remind yourself about prior events. Each bite-sized memory features a voiceover about his zany misadventures and is a great way to get you up to speed. 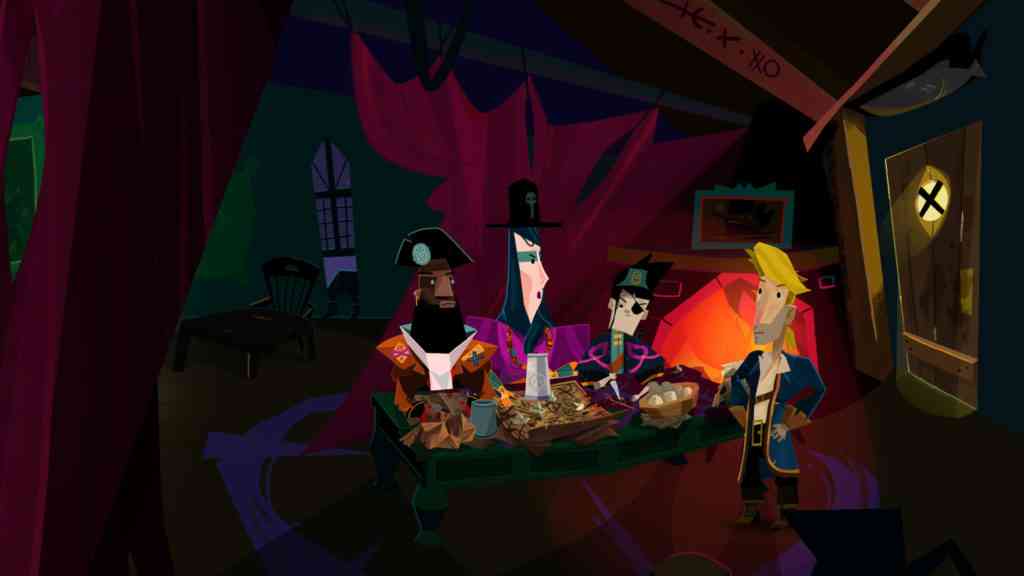 As you’d expect, the game is packed with puzzles that will have you scour the area, collecting items and revisiting locations. Similar to its predecessors, solutions can be absurd, with simple tasks having many steps to complete. These are tracked on the to-do list which helpfully places your goal at the forefront of the experience. Due to areas being quite small and with the ability to navigate these easily, it never gets frustrating. Instead, you joyfully wander the environment in search of how to complete your next task.

Refinements in the gameplay make the experience more accessible and more enjoyable. While working out an elaborate puzzle is extremely satisfying, it can also be irritating if you are stuck. Whereas previously you would have to resort to the internet, this is no longer the case. With two difficulty options and a handy hint system, anyone can dive into this pirate voyage. Tips progress from guiding you in the right direction to pretty much giving you the answer. Due to this, you have as much support as you require. 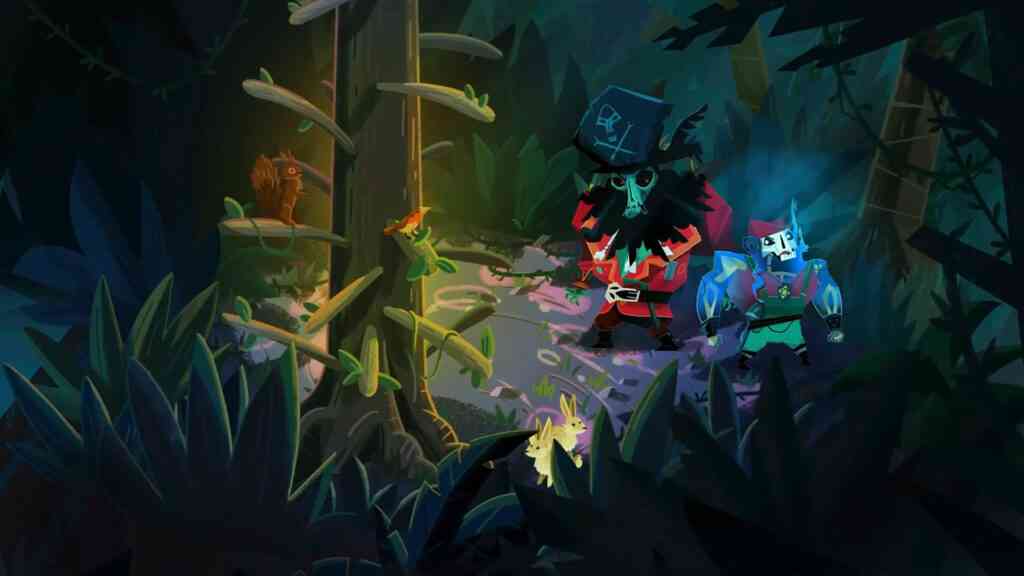 During your trek, your inventory fills with all manner of bizarre items. In previous entries, you would often need to experiment with these to solve puzzles. This was a long process and resulted in some tedious gameplay segments. Terrible Toybox has improved this by quickly showing a symbol to indicate if an item is compatible. Another improvement is with the actual pointing and clicking. A common trait in titles of yesteryear was having to click on each part of the screen to find relevant items. Return to Monkey Island includes a cycle system that allows you to quickly and easily move through important items in the environment. Due to this, the game maintains a lovely pace which makes your crusade for booty a pleasure.

A controversy surrounding the reveal was the aesthetics. While the series has foregone many changes in its rich history, this is the biggest in terms of visuals. Gone are the pixel and 3D interpretations and in their place is a modern design that is more in line with contemporary cartoons. At first, the art style didn’t sit right but eventually, it grew on me. The presentation is enhanced by the wonderful sound design and voice acting, which perfectly capture the pirate theme.

Return to Monkey Island is fantastic. Brilliantly written and full of charm, the game manages to deliver a fresh experience in a nostalgic world. Even though the new art direction is divisive, the storytelling and humor are top-notch and make this a highlight of the franchise. 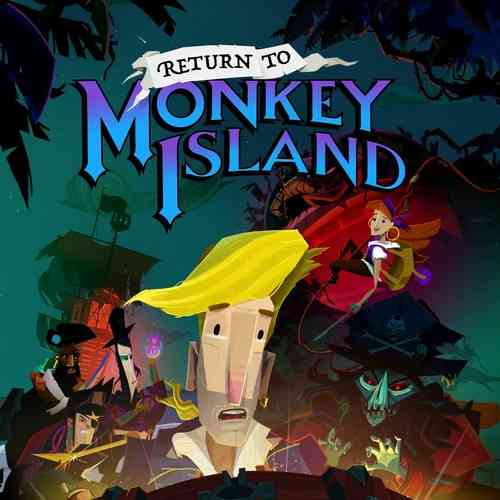