Tactics Ogre: Let Us Cling Together, the original release of Tactics Ogre: Reborn, is an insanely important videogame. It’s the second game in the Ogre Battle series. The first game, Ogre Battle: The March of the Black Queen, was released on the Super Famicom in Japan in 1993, and on the Super Nintendo in North America in 1995. Tactics Ogre: Let Us Cling Together was released in Japan for the Super Famicom in 1995 but didn’t get a North American release on the Super Nintendo. Both games were directed by Yasumi Matsuno. There was a third major game in the Ogre Battle series called Ogre Battle 64: Person of Lordly Caliber, but it wasn’t directed by Matsuno. It’s worth noting that Ogre Battle 64 is a curiosity in that it’s a rare 2D game on the N64 and a rare JRPG on the N64.

Yasumi Matsuno went on to create and direct the Final Fantasy Ivalice series, which consists of Final Fantasy Tactics, Vagrant Story, and Final Fantasy XII, all of which are very important PlayStation titles. There are other games that take place in the Ivalice world, but weren’t directed by Matsuno. When people think of strategy JRPGs today, Final Fantasy Tactics is usually spoken of as the first truly great entry in the genre. Some might argue for the Shining Force Sega Genesis games, but Final Fantasy Tactics really popularized the genre in North America. 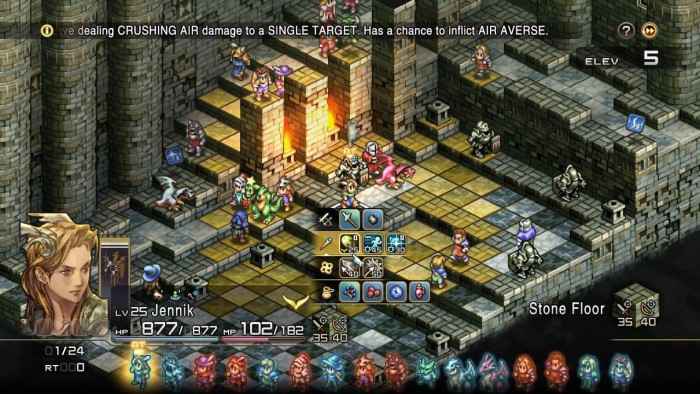 There was a Tactics Ogre port for the PSP in 2010, and that port is the version Tactics Ogre: Reborn is based on. Time has been good to Tactics Ogre, and because of the game’s poor release timing/ console choice in North America, this might be the first exposure many have to this influential classic. Some will recognize that many of its features have been built upon in the decades since it was made, but it remains an excellent strategy JRPG.

A Tale of Medieval Warfare

The story is complex. It starts from a small mercenary band’s perspective but deals with multiple wars. There’s a ton of history and background about warring city-states, and lots of characters, places, and names to keep track of. It’s a medieval political war story, with peripheral elements of dark fantasy. I prefer my JRPG stories to be a little weirder, fantastic, and character-driven. But Tactics Ogre’s plot is fantastic. It’s novel-length and very detailed. 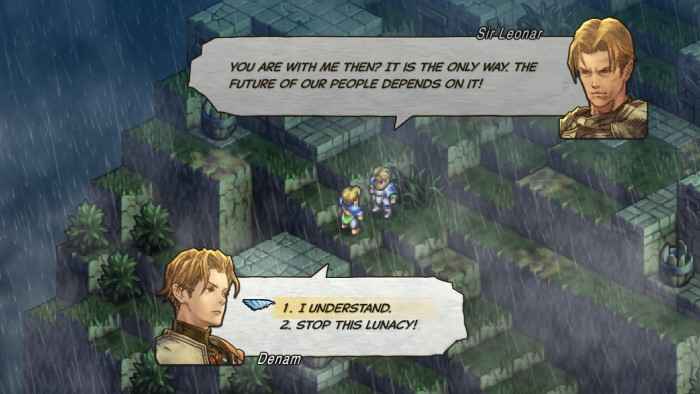 The base gameplay is a trade-off between lengthy cutscenes and lengthy battles. The battles look very similar to Final Fantasy Tactics. They have an isometric perspective. The terrain, and elevation level matters for character movement. There’s an ATB-like system where characters have different recovery times, and unit turn order is displayed at the bottom of the screen. Characters can move on the grid-like battle screen, attack, and use skills once per turn, in any order.

One of my only critiques about Tactics Ogre is that it can take a while to get into. Battles and cutscenes are long, and there’s a lot of story and gameplay information to keep track of. Luckily, Tactics Ogre really eases players into the gameplay mechanics. The menus are huge, but clear. While this might be the easiest strategy JRPG to recommend to someone who’s never tried the genre, it’s also not for everyone. The learning curve is steep, and the systems are complex. 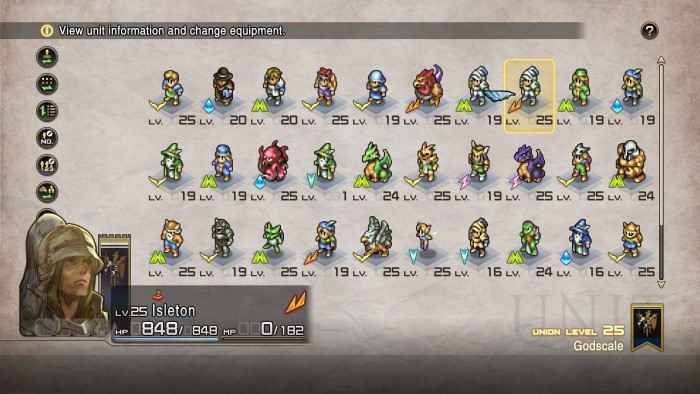 Tactics Ogre: Reborn has a few major gameplay changes. Characters all have individual element types now. They make a big difference when choosing which characters are more effective for certain actions. Each character has a positive, neutral, or negative reaction when being attacked by a character of another element, and vice versa. Battle maps sometimes have cards spread across them. Cards have different effects that often result in buffs or debuffs to the character that lands on them. Battles also have optional bonus objectives, which result in extra rewards if completed.

The game has a ton of menu-related gameplay tweaks, all for the better. All the game menus, including the battle screen have been updated, expanded, and cleaned up. The options menu is humungous now, and the game has lots of customization choices. Battles have a fast forward option. Class types used to level up, but now characters level up individually. Skills are gained and level up much more quickly. Units have individual auto-battle settings. In-menu explanations of everything are more detailed. There are more battle perspective change options. On the battle prep screen, the battle map, and enemy placement can be checked, in order to allow for better decisions, and less trial and error. Random world map encounters have been removed. There are so many changes, but these are the most important. 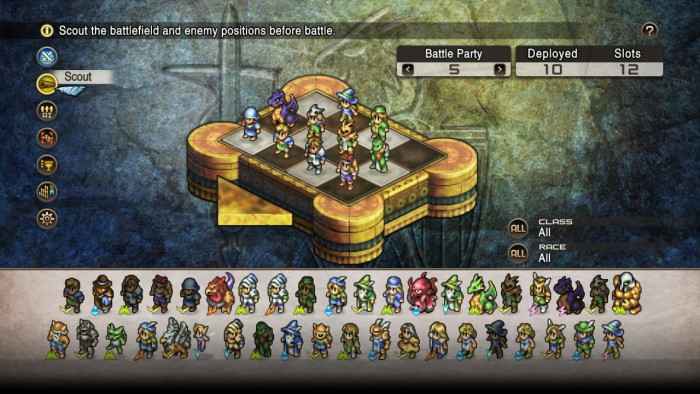 Before playing, I saw screenshots and was worried that the remastered graphics might have been too smoothed out. I also worried they lost too much of the appeal of their 16-bit pixel aesthetics, but it turns out I had nothing to worry about. The graphics are gorgeous, and the background details are incredible. The character portrait art has a gorgeous quality, similar to the Final Fantasy Ivalice games. And the music has been re-recorded and fully orchestrated. It’s an epic, memorable score that sounds the best it’s ever sounded. All the game’s dialogue is fully-voiced and well-acted. The newer game translation has a well-written, consistent Old English flare.

If You Only Ever Play One Strategy JRPG

Tactics Ogre: Reborn is an insanely high-quality remaster. There are so many improvements, including gameplay additions, menu expansion, display clarity, improved graphics, orchestrated music, and fully-voiced dialogue. This remaster isn’t a cheap cash-in. It’s the quality level of remaster that all others should aspire to. The only complaints I can make about the game is that the story and gameplay are dense, and won’t be for everyone. Every tactical RPG fan needs to play Tactics Ogre: Reborn. And for strategy JRPG fans, Tactics Ogre: Reborn is good enough that it might be the exception when saying you’re not a fan of the genre.

Complex mechanics may turn some away 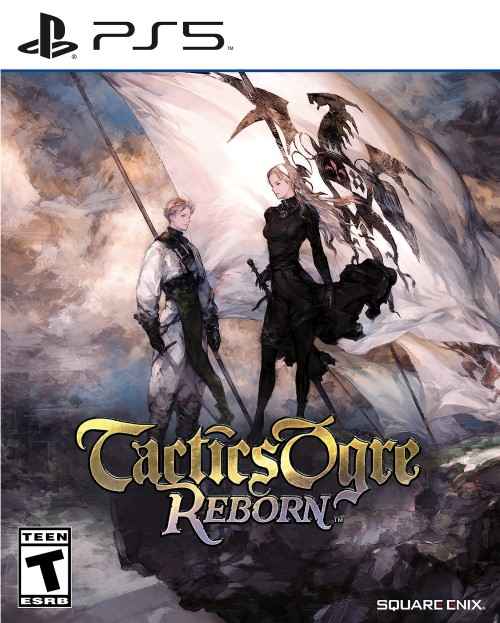