The King of Fighters XV Review

After a 6 year hiatus, SNK’s flagship title, The King of Fighters, is back! With its iconic 3v3 matchups and star-studded cast can the fifteenth entry in the series deliver a slick and precise strike?

Set after the events of The King of Fighters XIV, inhabitants find themselves in a world affected by the destruction caused by Verse. With hopes to re-establish the legendary tournament, a new sponsor enters. As life looks hopeful, and teams assemble, a new evil lurks on the horizon. While each faction has motives, the narrative is firmly in the background with only the odd scene interspersed throughout the story mode. This is much more in line with traditional fighters, offering enough incentive for you to complete it with all groups but not bogging you down with its over-the-top narrative.

The King of Fighters XV features a deep yet accessible combat system. Veterans of the series will feel at home, able to pull off combos that are ingrained in their muscle memory. Although the accuracy of inputs is still vital in order to perform technical cancel combos, SNK has introduced numerous elements to ensure the game kicks down the accessibility barrier. Rush combos make a return and allow you to do basic combinations quickly and easily. With three hits of the light punch button, you can fly into a super move depending on which button you strike on your fourth hit and the size of your power gauge. Whilst this is simple to execute, the damage it inflicts is minor in comparison to more complex combos. This is an excellent way to engage newcomers with its complex systems but not at the expense of skill on the battleground.

A Slick and Sophisticated Strike

New to the series is the Shatter Strike. With a quarter circle motion, you can launch an attack that will open the opportunity to unleash a lethal combo. This acts as a great counter move and can help you overcome difficult situations. The MAX Mode returns with a few new aspects. Similar to Street Fighter’s V-Trigger, when active, attacks increase in strength. Now you can initiate a quick version of the system which will allow you to seamlessly link combos without leaving an opening. The multiple layers that these mechanics add to the already incredible combat make battles in The King of Fighters XV an intense, tactical affair. 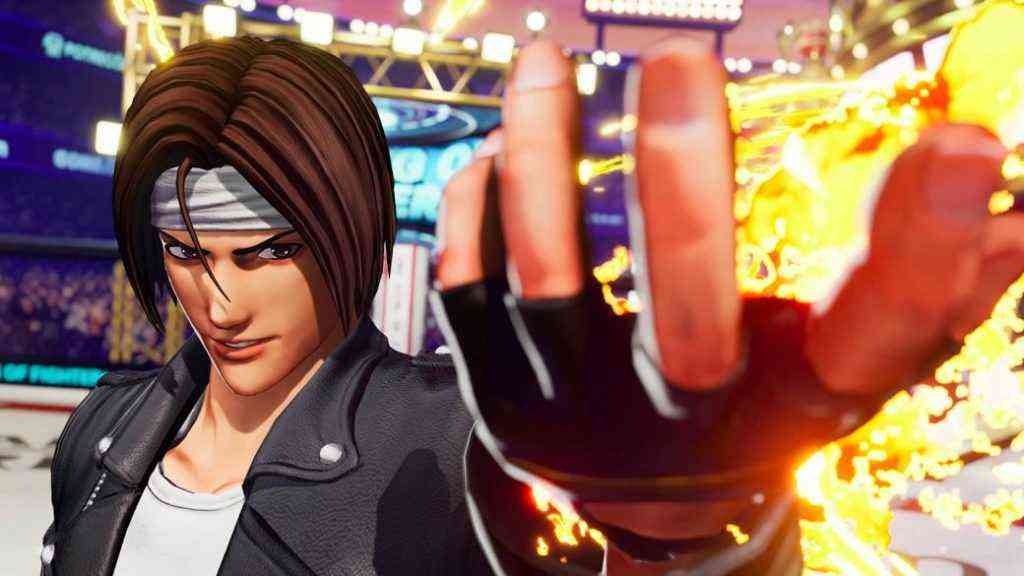 With 39 fighters available, SNK has done a remarkable job to ensure each feels and plays differently. Characters alter in terms of speed and flow, therefore you will have to learn the nuances that embody each of the cast. Finding the right person could be a daunting task, especially if you are new to the series. However, the tutorial, training and mission modes make this process easier. Every character has unique missions, which require you to perform a combination of special moves. This will help you quickly get to grips with the character so that you can confidently step into the arena. Latter missions are extremely difficult and you will need adept timing and precision to complete.

As the King of Fighters spans all the way back to 1994, it has amassed a number of systems that may prove overwhelming for many. Due to this, SNK has included an in-depth tutorial that will help beginners engage with the franchise. Starting from the absolute basics and progressing all the way through to guard breaks, roll evasions and cancels, the game does a great job of explaining the array of techniques.

Hitting a special move always feels great. In The King of Fighters XV, there are a ton of options so that these don’t feel repetitive. You can power up with an EX version that you are able to perform when in MAX Mode. As well as this are Super Specials, MAX Super Specials and the pièce de résistance, the Climax Super Special. Each depletes your power gauge and as a result, you must decide whether to build this up for larger damage or use it for multiple smaller attacks. 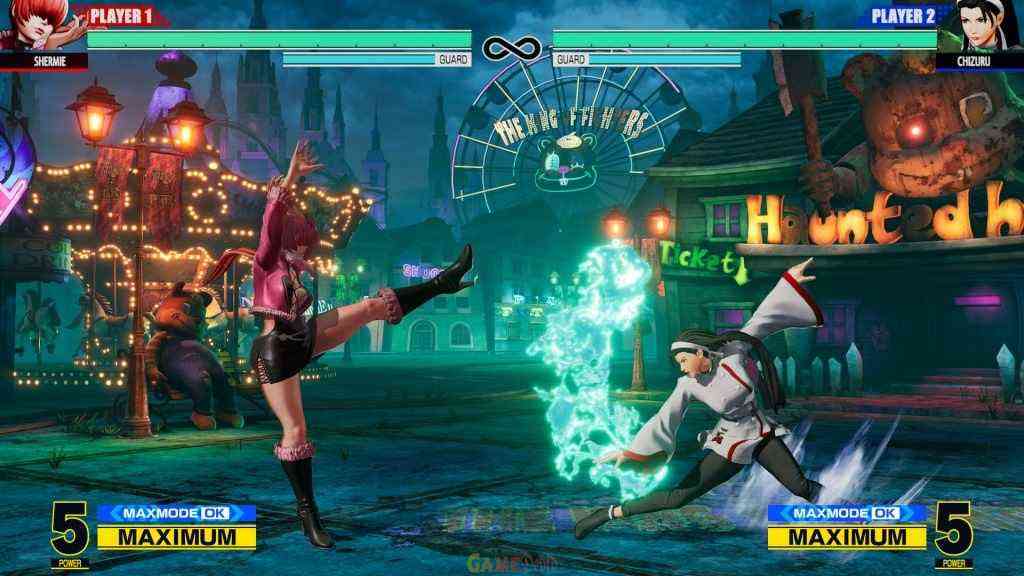 While online matches were few and far between when reviewing, the netcode was solid when I did find a fight. With The King of Fighters being renowned for its strict inputs, lag can be game-breaking. However, I didn’t encounter any issues making fights a smooth and slick experience.

Visually, the game is a massive step up from its first foray into 2.5D with XIV. Where its predecessor included dated character models, each has now been given a thorough make-over. Even so, one could argue that it doesn’t do enough to set itself apart from the plethora of fighters on the market. The game borrows heavily from Street Fighter with its vibrant, comic-esque art style. While it is faithful to its pixel-based roots, I would have liked to see SNK carve its own identity with the design.

Aside from kicking ass, you can also access a huge catalog of music from the franchise using the DJ Station. Fans will be aware of the litany of incredible tracks that have been featured in the series. XV gives you the ability to select which songs you want to battle alongside. As well as this, you can also access the gallery which features clips that you unlock in the story mode. Unfortunately, there isn’t much else. With its competition offering an array of unlocks and customizables, The King of Fighters lacks in comparison. 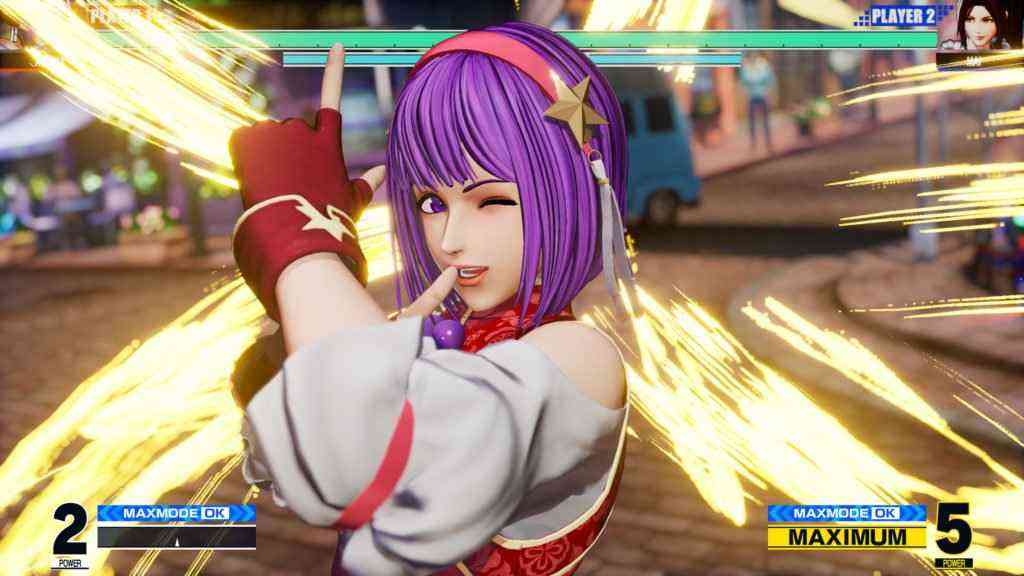 The King of Fighters XV is the greatest release in the series rich history. With its fluid and deep combat, veterans can compete in thrilling and intense battles. However, SNK has also included numerous elements that make the game accessible to support newcomers to the franchise. Whilst there aren’t many unlockables, the game shines in the arena, making this a necessity for fans of the genre. 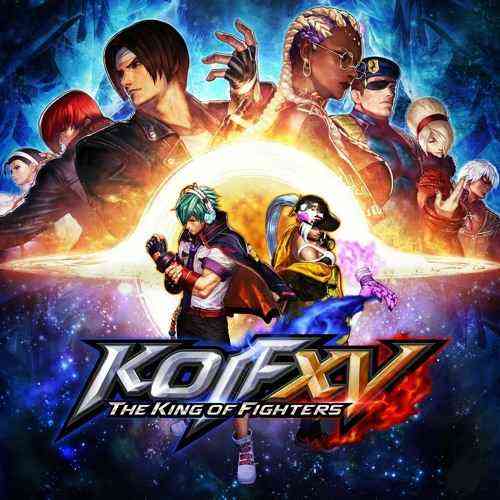