With some games, you instantly know from the opening sequence whether you are going to like them. Wanderer nails it right from the start. The orchestral opening awe-inspiring music swirls around you as the title screen appears. Overhead, an old DC3 four-prop airliner hangs, while strewn around you lay relics from various ages.

As you look around, you realize something is wrong. There is a familiar picture of a moonwalking astronaut but it’s not American Neil Armstrong but an unknown Russian cosmonaut. At this moment, you know an amazing adventure is about to unfold. This is a game that screams of developers with a vision who know what they are doing.

That impression continues when you hit the start button to see the game expertly use the PSVR’s OLED display ability for deep blacks. The screen fades to black and a slick menu in bright yellow sleeves appears. It just looks beautiful.

That beauty continues when the first game screen appears. The year is 2061 and you are in Boston. However, it is a flooded city. A deserted Beantown has canals for streets, and you travel through it via a barge-like boat. You could almost believe you are in the world from The Last Of Us Part 2. While not photorealistic, the city displays amazing detail, especially for the PSVR. Wanderer is easily one of the best-looking PSVR games.

A Journey Across Space And Time

Your initial goal is to find your grandfather’s apartment, which takes some doing, and is a mini-adventure in of itself. The beginning sections showcase the interactive complexity of the game. You can pick up many of the objects in the game and either use, examine or throw them. For example, there is a chalkboard and you can pick up chalk and write on the board. You swiftly learn that objects behave in a realistic, physics-based manner.

There are some immersion-breaking limitations, however. Only objects that highlight when looked at are usable. This limitation is, in actuality, a good thing because there are so many objects needed to solve puzzles. Also, some worlds visited have invisible walls from time to time that abruptly smack you in the face. The most jarring moment came when I was walking on the moon. 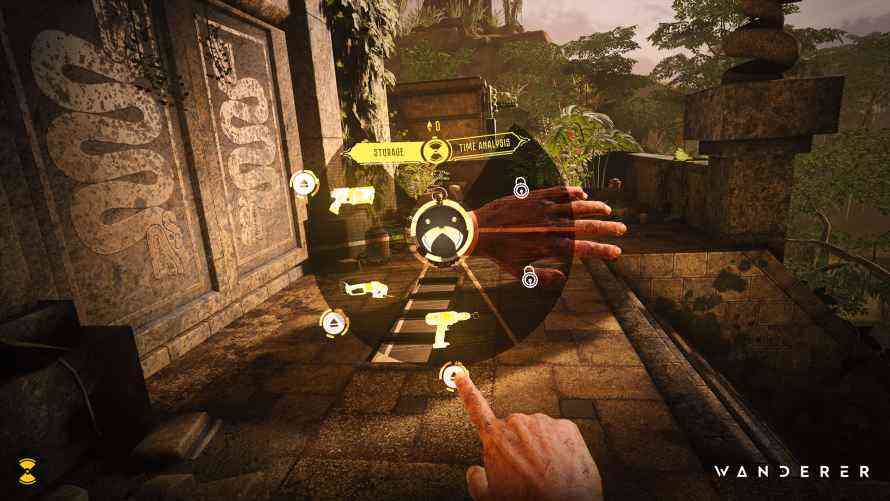 Oh, did I forget to mention that Wanderer is a time-travelling game? Not only do you go to different eras but also exotic locations. Or that you will meet famous people like Tesla? Well, you sure do. The great thing about Wanderer is that all these locations are not static settings. Usually, it’s during a moment of conflict. You’ll end up on the moon where the lunar landing has crashed, bump into Tesla who can’t get his experiments in electricity to work, play drums at a live rock ’n’ roll concert in 1969, or help crack codes in an arms race during World War 2.

In each location, you solve puzzles. Often, the solution requires you to jump back and forth between time periods to procure items to do so. Fortunately, you are not alone on these quests. You have your grandfather’s unusual wristwatch that goes by the name of Samuel. He has a face that looks like the banker from Monopoly and sounds a lot like Tim Curry. Samuel is more than a guide. He also carries your inventory and, most importantly, is your time travel device.

As you travel to each time period, you leap into the body of someone, a la Sam Beckett from the Quantum Leap TV show. While Wanderer is a high adventure game, at its core, it’s a puzzle game. It’s in these sections of gameplay where it feels the most Myst-like. However, you don’t feel the claustrophobia of that game which restricted movement to rigid teleportations. Thanks to VR, you can move freely throughout the environment.

Tied to the location-specific puzzle-solving is a grander overall story arc. Your grandfather wants you to complete his mission. A mission to return the timeline to its original state. It’s a storyline quite popular today, with all the franchise metaverses prevalent today. It makes for an engrossing game. 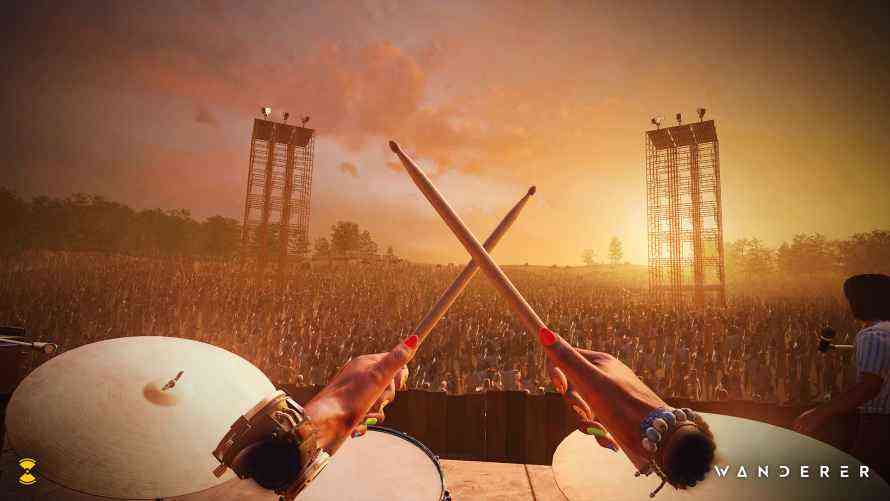 On the technical side, Wanderer has gorgeous graphics, great audio and the expected VR comfort options. You can elect to teleport or use free locomotion, but some sections require the use of teleport to jump. New Zealand developers, Oddᗺoy + M-Theory, have shown some major technical muscle with this game. It looks simply brilliant on the aging PSVR platform.

I cannot emphasize enough what a grand adventure Wanderer is. The game has the right mix of action and puzzle-solving to keep things from getting stale. Voice acting and the orchestral score are top-notch and bring added gravitas to the proceedings. The only niggle in the presentation comes with the actions of the NPCs. Sometimes they are oblivious to your presence and movement. This makes their obviously scripted behaviour all that more artificial.

Wanderer is a true treat and if it does well enough. Oddᗺoy + M-Theory has plans to make a trilogy of games. The game launched with some annoying bugs but the developers have been quick and diligent to respond and provide patches. The version of the game I played ran flawlessly after the patches. Wanderer is available on all VR platforms – PSVR, SteamVR, and Oculus. Check this one out. You won’t regret it. 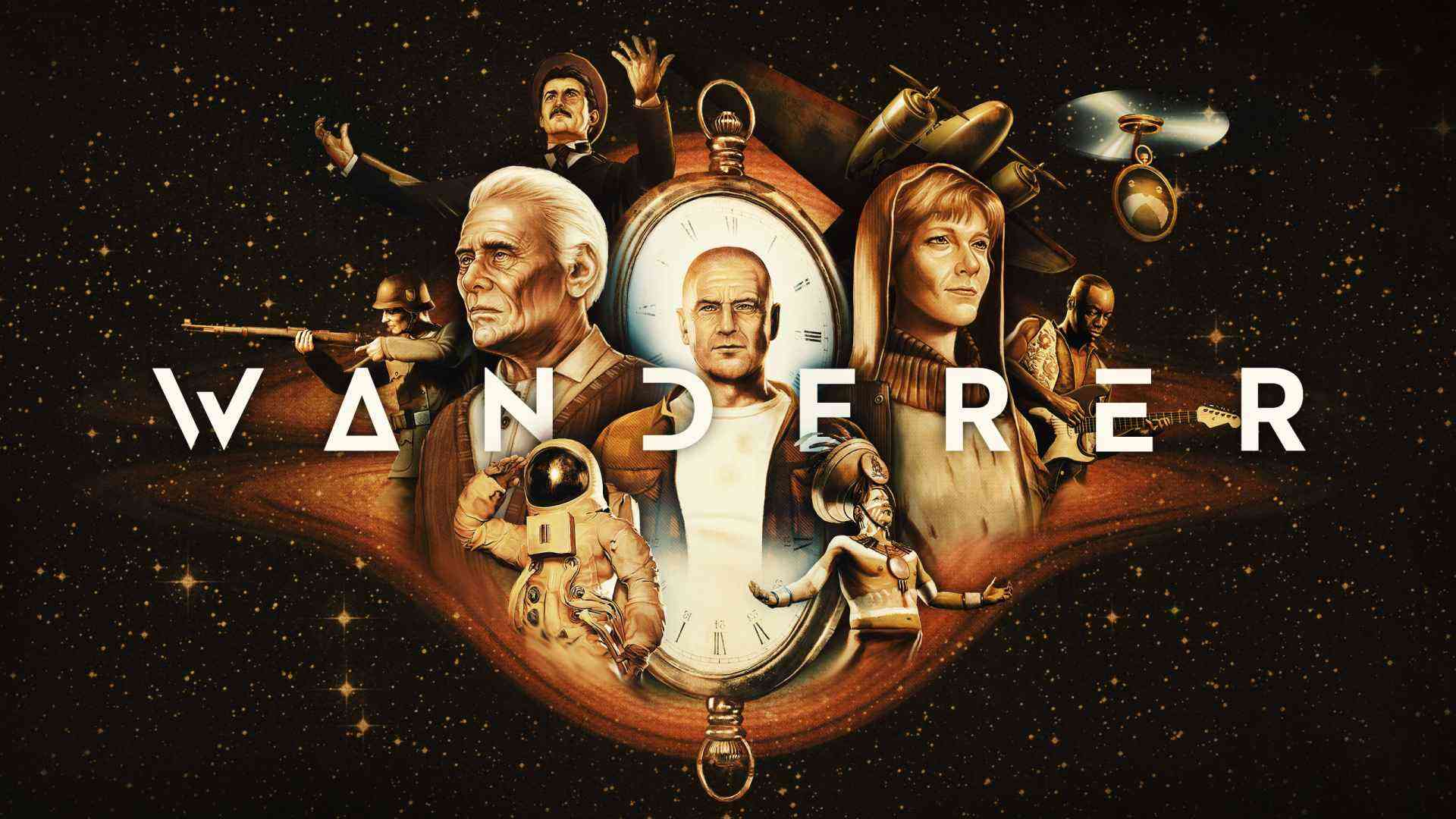