In the early 90s, arcade fighters were all the rage. Companies such as Capcom and SNK had built a reputation as masters of the genre and as a result, aficionados eagerly awaited releases from the Japanese giants. Although not as popular as Street Fighter or King of Fighters, Samurai Shodown quickly gained a cult following due to its weapon-based combat and focus on precision rather than volume of attacks. With the success of the Street Fighter 30th Anniversary Collection and classic fighters being available on digital stores, is Samurai Shodown NeoGeo Collection worth revisiting?

The game collects seven titles from the franchise: Samurai Shodown I, II, III, IV: Amakusa’s Revenge, V, V Special and previously unreleased V Perfect. There are no alterations here, each game is presented in its glorious original arcade format and Digital Eclipse has nailed the conversion. In terms of gameplay, these titles play exactly as they did in their original form. Little extras have been added such as being able to access the moves list when pausing the game and the ability to save a playthrough; both are welcome additions. However, no training or practice mode has been included which may deter newcomers to the franchise.

Samurai Shodown was released in 1993 and lays the foundation for the innovative fighter. Although the game is more traditional than its successors, it still established characters with unique weapon-based martial arts.

Samurai Shodown II is widely considered the best of the franchise due to the addition of iconic characters and weapon breaking moves. You are encouraged to consider each attack rather than jump in flailing sword strikes, which makes the game different from others of the era.

Moving on to Samurai Shodown III, the game is notably faster than previous entries and moves the franchise in a slightly different direction. Each character has a ‘Slash’ and ‘Bust’ option which alters their move set, unfortunately however the roster is quite small. That said this is improved in Samurai Shodown IV which refines the combat of III and adds more characters.

The collection has three versions of Samurai Shodown V, each adding elements to better itself from the predecessor. Realistically, you can skip the earlier two and jump straight to Perfect as it includes everything from V and Special but also has additional features. With a large roster and refined combo system, this is definitely a highlight of the collection. 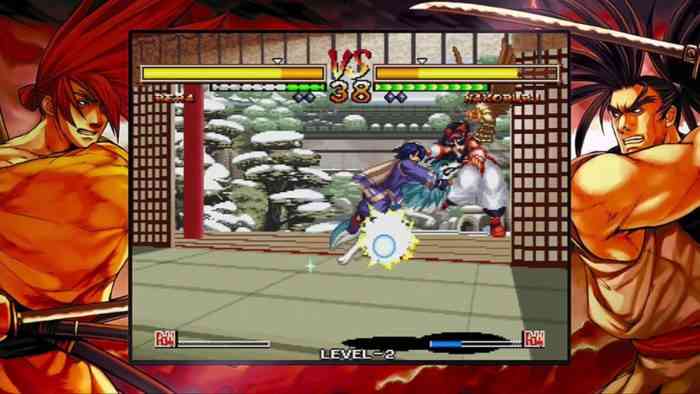 The presentation and user interface is flawless. Title cards for each game are wonderfully designed and switching from game to game is quick and easy. The feudal Japanese design etched across the whole game adds authenticity to the title. Included are a range of filters to transport you back to the 90s and give you the exceptional feeling of kicking your pal’s ass on the coin-op arcade machines. You can upscale the resolution in order to match the aspect ratio of modern TVs or keep it in the original format and choose from an array of stylish borders to accompany your slicing and dicing.

Then there’s the fantastic Museum mode. Fans of the series will be in awe at the amount of additional content included. With thousands of promotional and behind the scene images, hours of videos that include interviews with the developers, and matches from tournament experts, fanatics are treated to a wealth of content. Also included is the Sound Player which allows you to sit back, relax and enjoy the incredible soundtrack of Samurai Shodown. Digital Eclipse has really set the standard of what should be included in a compilation release; let’s hope others follow suit.

With any fighting game, longevity is anchored by its online community. Samurai Shodown NeoGeo Collection features Ranked, Casual and Challenge Friend modes for every game. The netcode is stable and as a result, I had next to no input lag whilst playing online. Unfortunately, there is no lobby which is disappointing as this is a key feature when playing online against multiple friends.

If you’re a fan of the series then owning this collection is a necessity, even at the steep price. With seven incredible games, a ton of extra content and stable online play, this title will keep you busy for hours on end. However, if you’re new to the series and looking to explore what the NeoGeo fighters were like, then maybe give this one a miss. 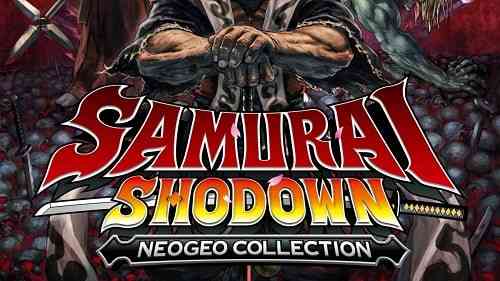 
Trek to Yomi – A Stunning Homage to Classic Action Cinema