I can’t help but think of that saying that talks about how time is a flat circle, and everything that’s happened or will ever happen is bound to repeat itself. I mean, how can I not be reminded of that? Time and time again, disappointing Switch port after disappointing Switch port, I find myself having been broken down, staring into the deep abyss of the mirror. Lost in an empty gaze and swearing off the next piece of inevitable dross that will land on Nintendo’s latest handheld. I was left particularly disturbed after reviewing The Outer Worlds.

I wouldn’t blame you, then, if you were to think, there must be something wrong with me for taking on the recently released Switch edition of Crysis. You’re right, this wasn’t the smartest decision I’ve ever made. Why in the hell did I think I was going to like this? Regardless of whether the visuals held up, I’ve made the point before that First Person Shooters struggle mightily when saddled with the JoyCon controllers. And developer Saber Interactive by no means is able to remedy this sickness. It’s undeniable that Crysis is one of the better ports on the Switch, but at this point, what does that even mean?

It’s impossible for me to imagine veterans of PC-era Crysis taking to the cramped confines of the JoyCons. There’s a reason Nintendo has been dealing with lawsuits pertaining to these controllers breaking down, and much of it has to do with the lackluster analog sticks. Aside from widespread issues of moderate to severe drift, the JoyCon sticks are too stubby, and thus, suffer from shorter travel time to the base’s edge. This design misstep makes it impossible for the sticks to ever feel on par with a PlayStation or Xbox controller in terms of precision. It’s why jumping from the JoyCons to the Pro Controller feels terrific. And I genuinely found Crysis to be unplayable without first being adequately situated.

But as long as I had Crysis docked, everything felt relatively smooth. The controls themselves have translated well, with jumping between shield, invisible, and dash modes as satisfying as it was all those years ago. Sneaking through an enemy encampment without alerting a single soul remains exhilarating. And combining stealth with the verticality made possible by your Nanosuit’s jumping ability ensures levels remain fun to explore. Yet, with all the qualities that this port inherited – as if I was attached to the proverbial ball and chain – my time with Crysis dragged on as I struggled with questioning the point of all of it.

Fighting for a Purpose

I might be in the minority, but I fail to see the need to bring anything to a system that won’t run a flawless recreation of the developer’s vision. Above all else, that’s what I’ve taken away from my time with Crysis. Let’s be real, regardless of it being on a portable Nintendo console, Crysis is 13-years-old and should look great on anything it’s ported to. And it certainly does look better than the likes of the Witcher 3. Draw distances are an actual thing here (hooray!), making environments completely serviceable and less headache-inducing than most other Triple-A / Switch attempts. But that’s the best compliment I can pay the visuals – they’re fine only because the bar is remarkably low. I’ve heard the rumors that this could potentially look better than the PC version on the Switch. I’m not buying it. There may be moments where lighting has been improved upon, but it’s laughable to think that washed out textures, and odd, blurry characters, combined with a mediocre framerate, equal the new Crysis gold-standard. 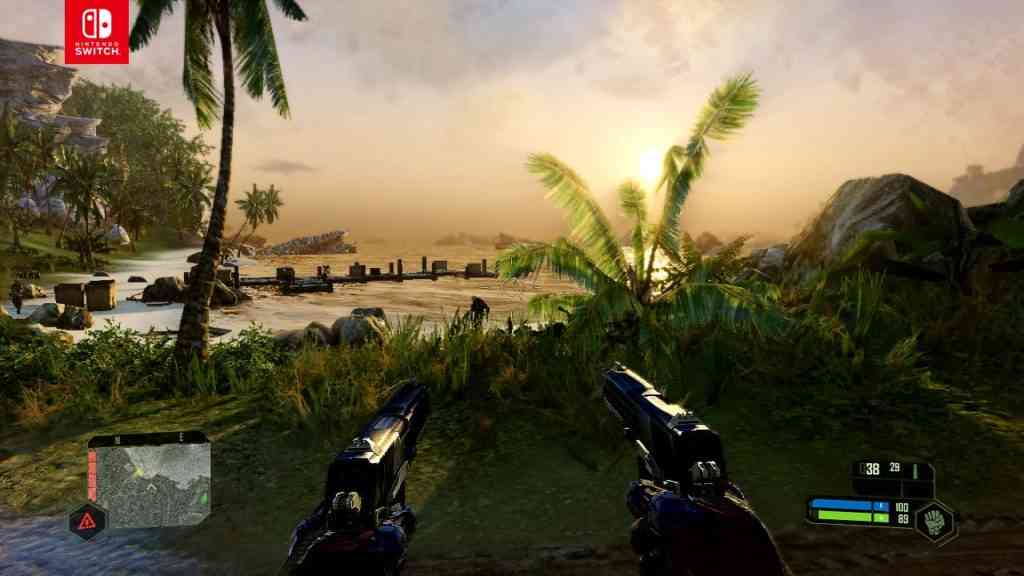 Fidelity issues aside, losing that buttery smooth PC framerate is a blow that was just too much for me to come back from. I’ll admit, Crysis on the Switch does manage to maintain a reasonably steady pace for what it’s trying to achieve. But it never quite feels like it’s hitting 30 frames per second. And hiccups do occur that will completely freeze the action for a half-second, interrupting play either during the most intense moments or while saving.

Thankfully, Crysis had one more card to play for me. The audio, for the most part, holds up surprisingly well. Gunfire will ring out with resounding bangs, and the music does an excellent job of providing a thumping intensity that keeps you focused. The issue, though, is with character dialogue. For some reason, the voiceover work has this strange, hollow sound to it. As if you can hear the actors recording their lines in a bathroom or the echoes bouncing off the studio walls. Either way, it was utterly distracting and would snap me out of any sort of immersion I would find myself clinging to. Coupling that with some of the worst syncing issues I’ve ever seen, I wanted to seal everyone’s mouth shut and play through the game in mute mode. 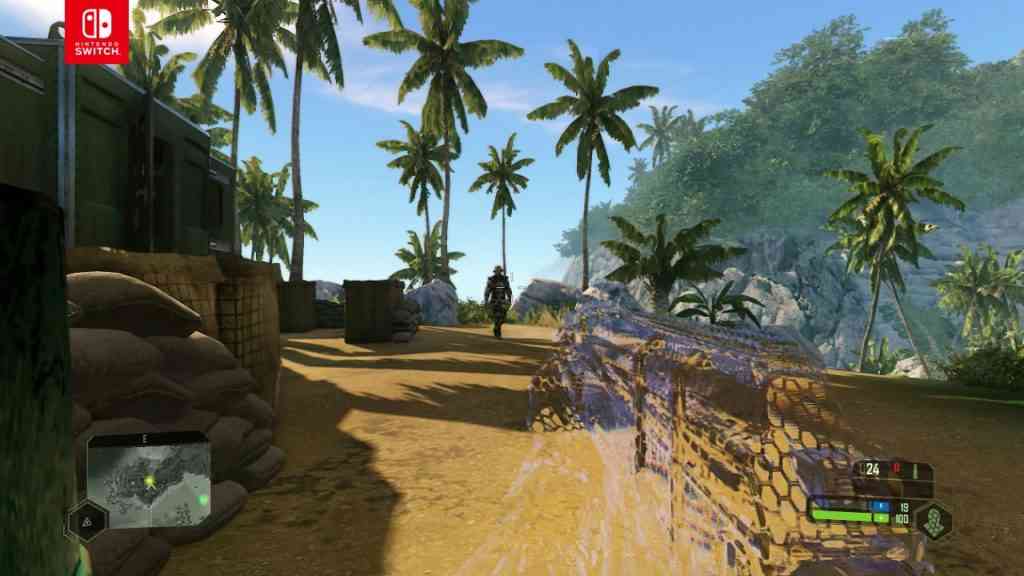 Throughout my time with Crysis, and maybe more accurately, throughout my time writing this review, I’ve been pondering just what the purpose of this experiment was. I won’t act like there isn’t an indisputable intrigue to having a title once regarded as the pinnacle of PC gaming on a handheld system. But I’m also not going to act like Crysis on the Switch can even begin to hold a candle to its PC counterpart. I implore you to find out what Crytek’s 2007 smash hit was all about, doing it the way it was meant to be done. You know, it’s bizarre to think, but this is sort of like Crysis’ mid-life crisis.