The Outer Worlds (Switch) Review – Get Me Out of This World

Last year, Obsidian Entertainment burst back on to the scene with The Outer Worlds. It combined everything Obsidian had learned from developing Fallout: New Vegas, with exciting new ideas that included a setting based around a six-planet star system and deeper role-playing elements that fans of subsequent Fallout releases were missing. The Outer Worlds was a complete success, with many touting it as Obsidian’s most exceptional work to date. So it’s entirely regretful to have to be the bearer of bad news – but The Outer Worlds on the Nintendo Switch is another port in a long list of games that have no business being on this system.

COGconnected’s own Alexander Thomas covered The Outer Worlds upon its initial release with an in-depth review that can get you up to speed on the intricacies of the game. I’d like to focus more on what you can expect from the technical side of the Switch version, but to quickly get you caught up if you’re unfamiliar, The Outer Worlds is set in 2355. You’re awoken on Halcyon’s outskirts, the previously mentioned six-planet star system, and are subsequently dragged into the conflict between the planets’ inhabitants, and ‘The Board.’ The Board is a collection of multi-mega corporations that control all aspects of civilian life.

If you’ve played any of the modern Fallout games, you’ll feel right at home here. A vast world is at your fingertips, with rich, developed characters and missions aplenty for you to explore. Mix in a deep progression system featuring skills and perks that unlock with a relatively speedy consistency, as well as routinely having to make decisions that will come with life-or-death consequences. Putting all of this together, it’s hard to argue that this space-themed cocktail isn’t a noteworthy achievement for Obsidian Entertainment.

But there’s nothing remarkable or noteworthy about The Outer Worlds on the Switch. 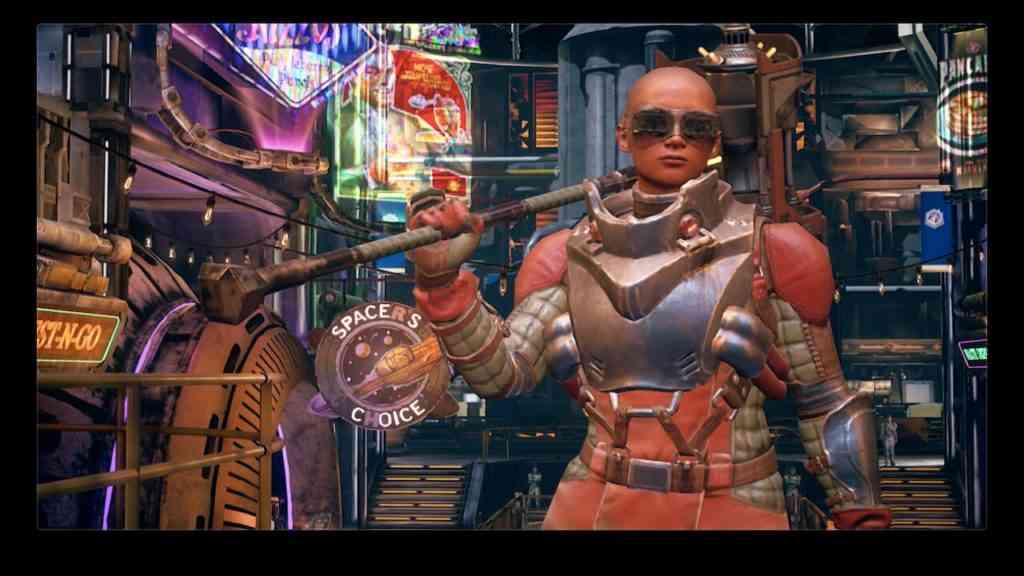 Like so many games before it that have struggled to stand on their own two feet under the weight of the Nintendo Switch hardware limitations, The Outer Worlds, too, buckles to the pressure of it all. More frustrating than anything, I couldn’t find a single way to play the game that felt ‘right.’ In docked mode, character models while in a cutscene are entirely serviceable, but as soon as the game gets going, things fall apart. Visuals are completely washed out, with everything other than what’s closest to you, losing all texture and detail. It’s just too difficult, in 2020, to play a game on a 65” TV that the majority of the time looks as if it’s running through a fogged-up window. Typically, these AAA Switch ports tend to look better in handheld mode, as the smaller screen hides much of the lack of detail, but The Outer Worlds might be the worst example of this I’ve seen to date.

A Rock and a Hard Place

Part of what made the original so fascinating to me was the beauty of the planets you would visit. Everything popped with fun, vibrant color, and it helped to keep the player anticipating what would come next. Flipping over to handheld mode while playing the game on the Switch has sucked that enjoyment and anticipation right out of me. I’m somebody that needs to explore every nook and cranny of games like this. My brain just won’t let me pass through an area unless I’m convinced I’ve discovered everything it has to offer. But it’s not like that with this game. I don’t want to explore anything, because it’s all just a blurry mess that, no matter how hard I try, I can’t get used to. The game looks terrible. Just like in docked mode, everything but the closest objects lose all detail as you move to and from them. Meaning the pop-in becomes horrific as you make your way through settlements and towns, and the objects that maintain their texture look about as good as a game from fifteen years ago.

You would think that if such sacrifices have been made to the visuals, inevitably, the game would at least run smoothly. But more often than not, I would find the framerate rendering the game nearly unplayable. You’ll be fine enough moving about, getting from point A to point B, but as soon as any sort of action starts, it feels like it dips to below twenty frames per second. This makes it extremely difficult to play. Not only for the fact that as you progress further along and the missions become more intricate, with an increase in moving parts, the framerate gets worse and worse – this, of course, makes aiming in these situations a complete nightmare. But also, couple this with the Switch Joycons having some of the flimsiest, most imprecise sticks you’ll ever find on a controller, and just trying to score a kill can become an excruciating test of patience. 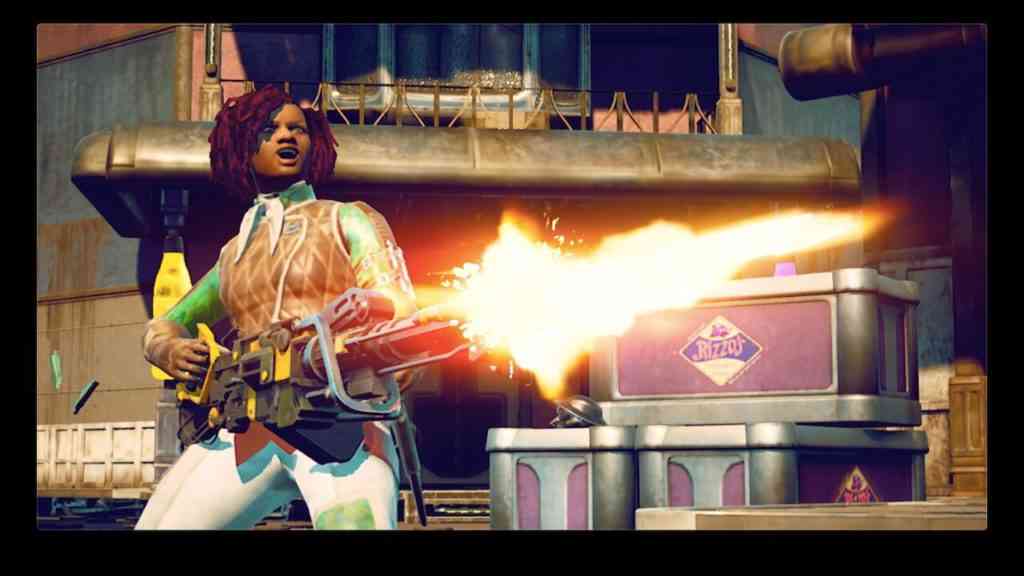 With that all being said, I felt as if I was left with one option. Playing the game in tabletop mode, with a pro controller. Boy, that sure sounds fun, doesn’t it? You can imagine it isn’t exactly difficult for me not to recommend something that I believe works best only after jumping through a few hoops. Much like The Witcher 3, it’s undeniably impressive that the entire package is here, at the ready to be taken on the go. There’s a vast world under the hood, with a lot of missions and dialogue on file, but I think that lends more credence to the argument that this deserves to be experienced at its full potential. And you’ll never get that on the Switch.

The Outer Worlds on the Nintendo Switch is the final straw for me. My heart can’t take the disappointment of these ports anymore. Time and time again, a port of an otherwise excellent game is released on the Switch (at full price, mind you) only to be a shell of the developer’s original vision. I get it, there’s money to be made, and there will always be that dedicated group of fans that can’t be told no, and will argue these games don’t look the way they do. But we all know that’s a joke. The Outer Worlds on the Switch looks bad, plays bad, and did nothing more than make me want to get the game elsewhere. I guess that’s a win for Obsidian. 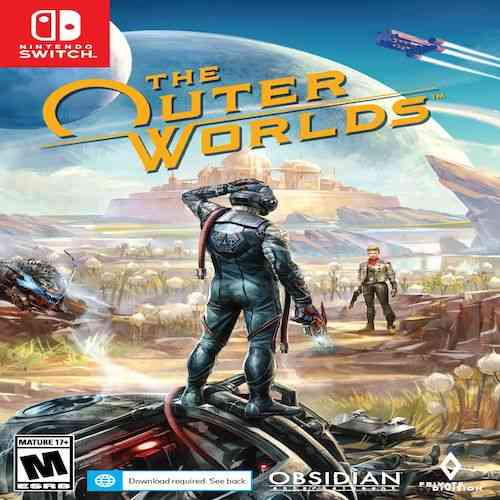 Xbox Won E3 2021, and It Wasn’t Close
Next XCOM 2 Collection (Switch) Review – Turn Based Gloriousness On The Go
Previous Blood Rage: Digital Edition Review – Not The Kind of Rage We Hoped For