Blood Rage: Digital Edition Review – Not The Kind of Rage We Hoped For

Nowadays lots of board games are getting a digital adaptation, which I think is a great thing. Especially in our current times of social isolation, being able to play your favourite board games online is really nice if you are an avid board gamer. If the title is already great, all we can hope for is the port to nail it. Unfortunately, playing Blood Rage on PC just makes you wish you could be playing the board game instead.

Blood Rage was published by Asmodee Digital. If you know anything about Asmodee, you are probably familiar with the fact that they push out bare-bones digital adaptations of board games. This is no exception. Actually, I say it is worse than their past adaptations if you can believe that. Blood Rage, at its current state, is so full of game-breaking bugs that it took me four separate attempts to finish a game without something breaking.

To make situations worse, there is no way to save a game in progress, so you must finish it in one sitting. Although each game is about 45 minutes in length, it doesn’t help when you have to quit out of the game to fix a broken game-state.

Lack of a save system is just one of many quality of life features I wish the game had. The UI is unhelpful and often straight-up confusing. As a player learning the game, it won’t help you at all, and you simply learn to not rely on the UI. Speaking of new player experience, the tutorial feels incredibly rushed and is the equivalent of smashing the top of your head with a textbook. 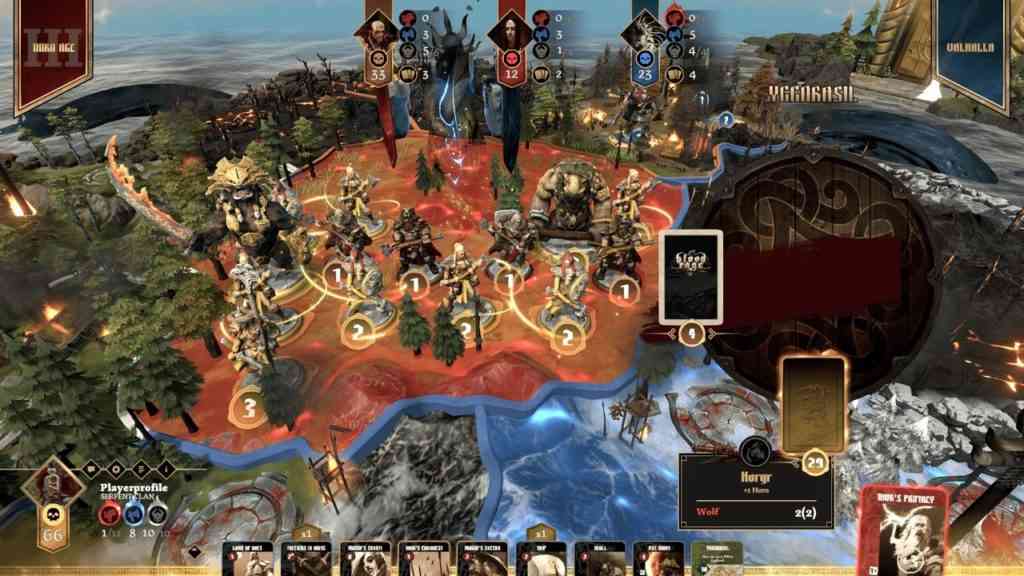 On top of all that, the biggest feature missing in this game is any sort of satisfying single-player experience. No campaign mode, story, or progression of any kind. Playing with bots is okay, but doesn’t do the game justice. So if you don’t have friends to play with, there is no real point in buying Blood Rage right now. Oh, wait, I’m also seeing a bunch of users complaining online about not being able to play with friends. Shoot.

I suppose there is an online lobby system where you can play with strangers. The problem of course is that the online community already seems dead just on launch week. There is an ELO leaderboard system, which I can appreciate although I wasn’t able to test it out. The few online matches I attempted to play never came to an end due to the aforementioned bugs.

The Board Game is Awesome

Sorry, I would usually tell you about the game first before telling you the problems with it, but I didn’t want to have you go buying the digital game in case you didn’t read the review to the end. I’ve never played the board game physically, but from playing it digitally (when it worked) I can confidently say that this is an excellent board game with fun complexities.

In Blood Rage, you play as a clan trying to carve your place in Valhalla as Ragnarök falls all around you. To do this, you must earn glory through battle and embarking on quests throughout the three ages.

In its core, Blood Rage is a card game. At the start of each age (round), you start by drafting the cards you will be playing with until the end of that age. There are many types of playstyles you could aim for, and it’s always good to specialize in something. Do you want to build a large army? Do you want to focus on completing quests? Do you want to upgrade your clan to become unstoppable? As you are beginning to find your niche, you will notice that your opponents are doing the same as well. This is where the real fun happens. 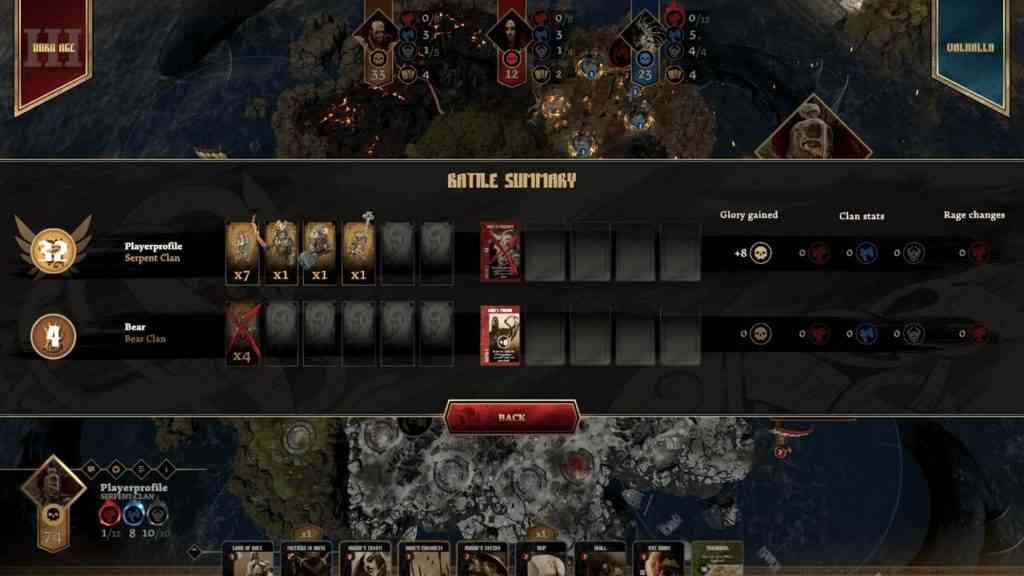 If you can predict early what your opponents are trying to do, you can find the niche that nobody else is in yet, which will open you up to drafting those cards without being contested. If you know exactly what the person next to you is playing, you could sabotage her by taking away the cards that she might want. If you can guess what your opponent might take from a given pack, you will also have a huge advantage come playtime, as you will know their hand.

Once on the world, you try to pillage villages to gain strength and glory, and perhaps even attempt pillaging Yggdrasil itself. Of course, the other clans will try to stop you and take the bounty for themselves! This is where you enact the card strategy you built during the drafting phase. Will you go fast and try to take what’s yours before others have time to land upon the shores? Or will you take it slow and build up strength and take over once you know you are powerful enough?

It’s so unfortunate that the digital version of this game was released in such an unfinished state because at its core, there is a lot of promise. I absolutely can’t recommend anyone to buy Blood Rage: Digital Edition in its current state. However, I know what I’m going to be getting the next time I’m out hunting for board games. 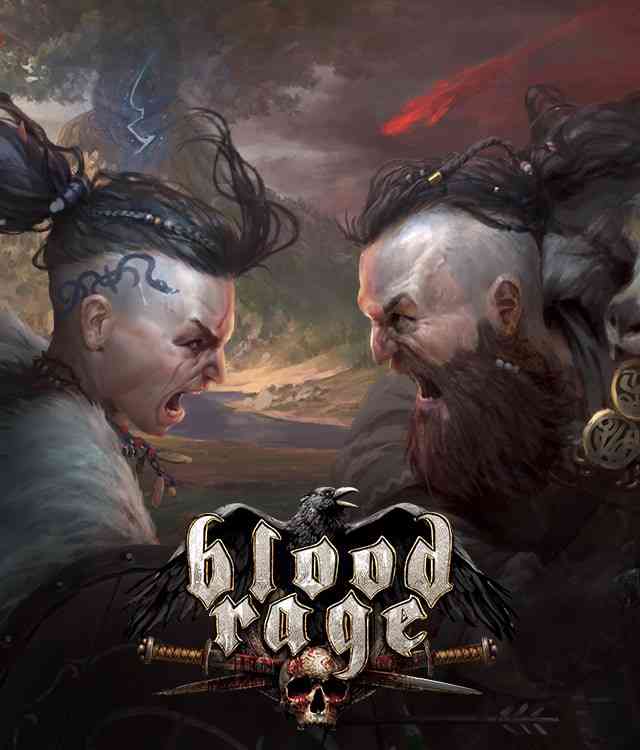