More and more frequently, I dream of terraforming. I’m sure for no reason in particular, I search for games that will let me think about what it would take to cultivate life on another world. Usually, that world is the red planet. In Terraformers, I did not find a simulation of speculative science. Instead, Terraformers is a unique and challenging strategy puzzle. Seeding life on a new world never had so many card draws.

Pick a Card, Any Card

Is there a name yet, for this kind of strategy game? In Terraformers, you draw a card every turn. The cards represent buildings or special projects you can use to expand your Martian cities and infrastructure. There are many resources to manage, from food and water to soil and titanium, to power and science, all of which are represented as equal currency points, which you spend to play cards. Your goal is to reach 300 points. 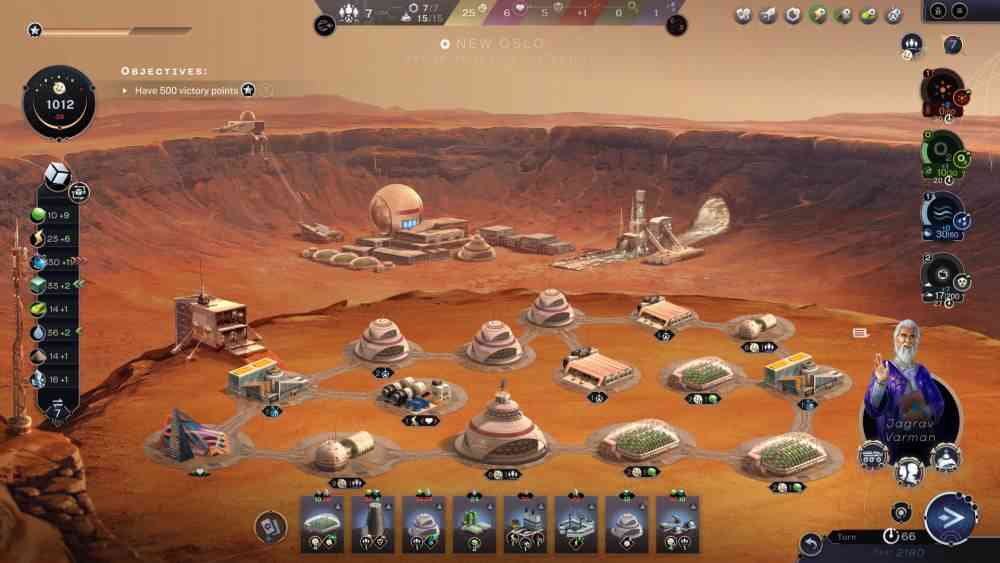 Terraformers have less to do with RTS than it does with Settlers of Catan. Its rhythms are similar to a board game, If you aren’t planning ahead, you won’t be able to keep up with the rising costs and expectations for Mars. Every few years you pick a new leader, which gives you access to different bonus abilities. After a few games, you’ll have tried out the different leaders, and you’ll better be able to plan your expansion.

Not to imply that Terraformers is easy. It takes some learning to avoid the dreaded failure cascade. And even when you do, you are at the mercy of the map generator, hoping to control the right combo of resources to get you started. The game is actually pretty hard and only gets harder the longer it goes.

This also means that as it currently stands, Terraformers doesn’t have a lot of replayability. It’s less of a strategy game with infinite possibilities, and more of a very intricate puzzle. There is a right and a wrong path to expansion and if you do the right things, you should be able to earn those victory points. Not to say that it’s not fun to put a puzzle together over and over, especially when it’s as relaxing as this one. 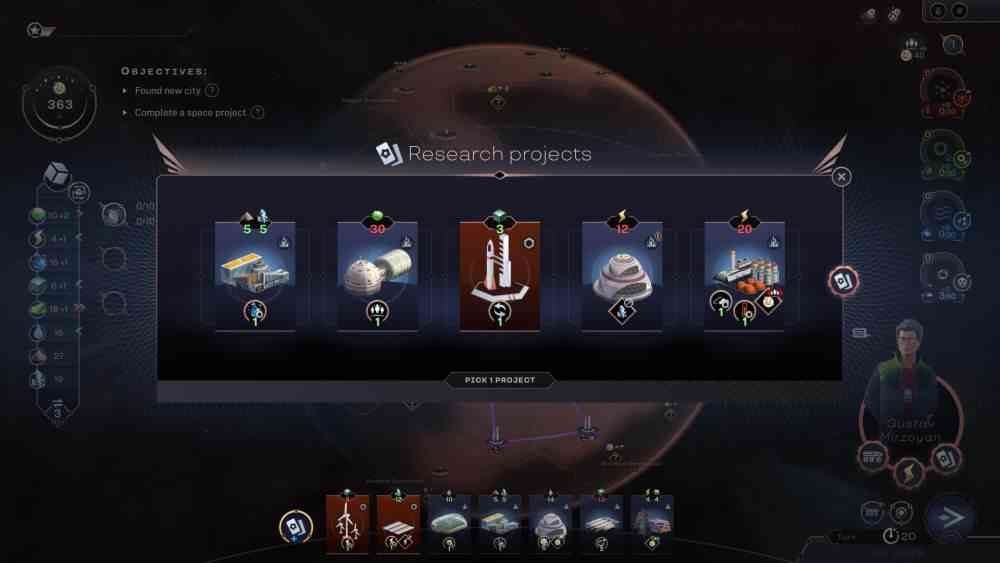 First off, the graphics in Terraformers, are perfect. Not breathtakingly gorgeous, not deeply immersive, but perfect. This is a puzzle after all, so it needs to be clean and clear what you are supposed to do. I wouldn’t go so far as to call the game minimalist. There is more to the interface than something like Per Aspera. But when Terraformers chooses to deploy some artwork, it really does the job. The leaders all have gorgeous portraits, full of life and characterization. Every card has to display a building, and it would have been easy for everything to look like the same kind of boxy space-Ikea architecture you see in Mass Effect. But no, Terraformers is like a Magic the Gathering booster pack, full of creative ways to express the same themes over and over again. The variety to the building images is the kind of task an artist dreads, but in this case, it was pulled off admirably.

The soundtrack to Terraformers sounds like the result of a search for chill lo-fi beats to study to. The music and sound design were a big part of the game’s stickiness. I found myself jamming to the tinkling piano grooves so deeply, that I didn’t notice the hours passing by. Good soundtracks are an underrated part of a game’s immersion. Even though I was looking at a cartoon representation of different spaces on a game board, the music helped me focus on the data, which helped me make strategic choices. 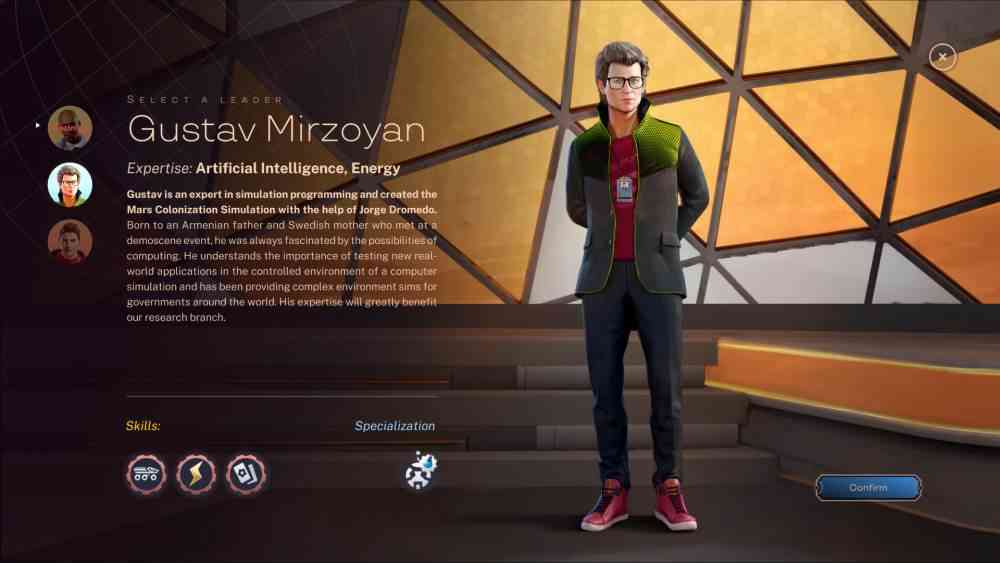 But the most impressive part of Terraformers interface is more subtle than that. It’s not just one thing; it’s the way tiles flash when you mouse over a card. Or the gentle way the game reminds you that you can do more this turn. A lot of games are so scared the player will miss something that it blares messages in huge neon letters. Terraformers is a game that made me feel respected as a player, while non-obtrusively giving me all I needed to know.

Whether or not Terraformers is the game for you depends a lot on what you are looking for. This isn’t a digital garden that you can plant and watch grow. This is a brutal series of tough choices. It’s about resource allocation, long-term planning, and a decent amount of luck. I was hoping Terraformers would help transport me off this dying Earth into a science-fiction fantasy. It did not. Instead, I found a challenging strategy game that distracted me in a whole different way. It made me into someone who needed to play for just one more turn. That is decidedly familiar territory! But a space I enjoy. Terraformers won’t transport you to another world, but it will help you puzzle your way through the hours on this one.