Axiom Verge 2 is Releasing on Nintendo Switch in 2020 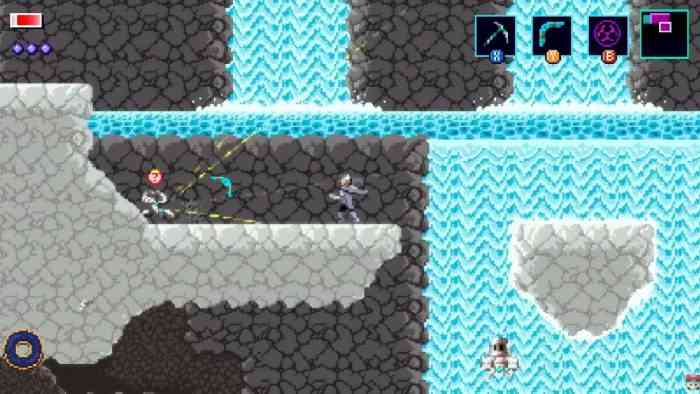 The brief trailer shown below includes various traversal options for gamers to utilize in Axiom Verge 2 besides the basic platforming such as climbing and dematerializing to explode barriers. The combat looks quite familiar as the main character slashes at enemies with a sword up close or throws a boomerang for the harder to reach enemies. Although this title shares many similarities with the original Axiom Verge, we’re expecting that Thomas Happ will find new ways to evolve the series with the upcoming sequel.

The trailer doesn’t show much in terms of the different characters and abilities that are being introduced with Axiom Verge 2 as it only follows one character but two abilities apparently let the characters access hidden areas. It’s likely that each character will have their own unique abilities that will help and hinder them in their own way. While it’s only announced to be coming to the Nintendo Switch, it’s likely that it will release on Xbox One, PC and PS4 as well. The trailer shows off two giant, screen-sized bosses that we’re excited to do battle with as there’s nothing more rewarding than destroying a boss that takes up most of the stage in a metroidvania title.

What was your favorite aspect of the original Axiom Verge and would you like it to return with the sequel? Do you expect Thomas Happ to make more sequels to the metroidvania indy title? Let us know in the comments below!