BadLands and Thomas Happ Games are excited to announce that their love letter to retro gaming, Axiom Verge, is coming to the Nintendo Switch. And there’s hardly a better fit for the Metroidvania title than the console that goes portable. Behold the new Axiom Verge: Multiverse Edition.

The Multiverse Editions contains everything for a collector’s wish list. This includes a bunch of creative and nostalgic in-box content:

Additionally, anyone who pre-orders their copy of Axiom Verge: Multiverse Edition will obtain the free atmospheric CD soundtrack. That said, it already comes with the Nintendo Switch version. Nonetheless, players still gain access to the new documentary by 2 Player Productions. In it, you will discover never-before-seen details on Axiom Verge’s five-year long development.

“People often asked me about the early days of Axiom Verge – about how I was able to make a game completely on my own over the course of 5 years of evenings and weekends while holding down a full-time job,” Developer Thomas Happ said in a press release. “The long form documentary format really made it possible for me to take the time and explain that process as well as go into some detail about the difficulties of balancing work and family responsibilities.”

For anyone who has yet to play this generation’s beloved Metroidvania, here’s what you’re missing out on:

After a lab accident, Trace awakens on the mysterious alien world of Sudra. Unsure if he has been beamed to a distant planet or the far future or trapped in an elaborate computer simulation, Trace begins his quest to defeat the ominous being known as Athetos and uncover the secrets of Sudra. 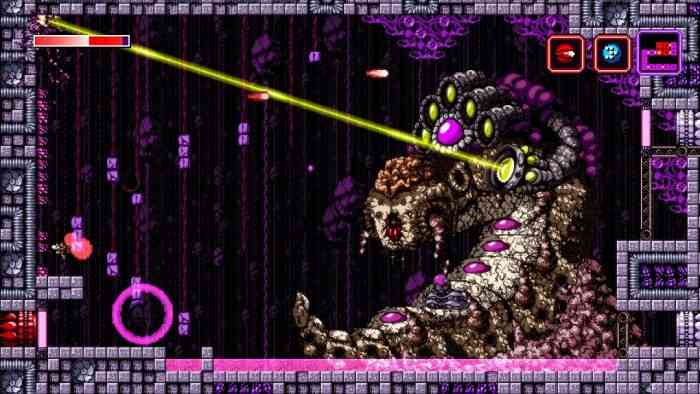 After things go awry, players can immerse themselves in thrilling, non-linear combat in a sci-fi side-scroller unseen since Metroid.

Axiom Verge: Multiverse Edition is due for release this August and will be available for the Nintendo Switch, Wii U, PlayStation 4, and PS Vita. As for the price, it will cost $29.99/£24.99. The Nintendo Switch version, however, will vary at €39.99 – approximately $45 USD.

Dying Light Platinum Edition Is Heading To The Switch In October
Next
Beat the Game with The Same Name from Worm Animation
Previous
Bully 2 Listed by Game Informer; Listing then Taken Down