New Buttons Coming to the Dualshock 4

Playstation Has Announced a New Attachment for the Dualshock 4

PlayStation recently announced the Dualshock 4 Back Button Attachment which is an add-on for your existing Dualshock 4 controllers. The attachment includes two programmable and highly tactile back buttons which will allow gamers to utilize more of their hands to shorten their response time and more flexibility in competitive gameplay. The buttons included on the attachment can be customized with 16 different actions and there are up to three different profiles to change between as gamers transition from one game to another. The Back Button Attachment releases on February 14th and it will attach to any Dualshock 4 for $29.99. 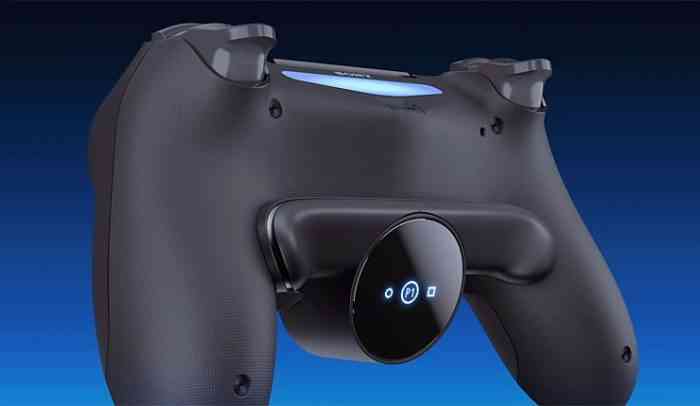 Although the Xbox One Elite controller addressed several problems competitive gamers face, the PlayStation controller hasn’t received any significant attention until the upcoming release of this Dualshock 4 attachment. Gamers will be able to program the back buttons to slide through doorways in Call of Duty, trigger VATS in Fallout or bunny hop in Fortnite to name a few examples as the buttons can act as a replacement for the Square button, Square button or fourteen other options. An integrated OLED display will provide real time information about button assignments so you won’t lose track of which buttons are programmed.

As part of the new Dualshock 4 attachment, a dedicated button allows gamers to remap back button inputs at any point, so it’ll be easier to prepare no matter what game is being played. The attachment includes a headset pass-through for connecting any 3.5mm wired headset to the controller as it apparently blocks the existing 3.5mm connection. The product is tested and approved for all of the best PlayStation 4 and PlayStation VR titles and it’s built around the ergonomics of the controller itself.

Are you a PlayStation gamer who’s looking forward to the Dualshock 4 button attachment or are you an Xbox fan who’s already utilizing the Xbox One Elite controller? Let us know in the comments below!