Artificial Core is hard at work on their upcoming MMORPG known as Corepunk, which is currently in Alpha, with registration for the closed beta open on their website. Artificial Core intends to have an open beta for the MMORPG in a year, towards the end of 2020 in Q4. Initially characters aren’t assigned a class, but each hero will lean towards a particular archetype such as melee or ranged DPS. The fighting styles can be tailored gradually through the talents and artifacts players acquire throughout the game. The large open world has four distinct cultures and gamers can complete quests in whatever order they like. Corepunk likely won’t be officially released until 2021 but we’re looking forward to seeing the open beta on PC. 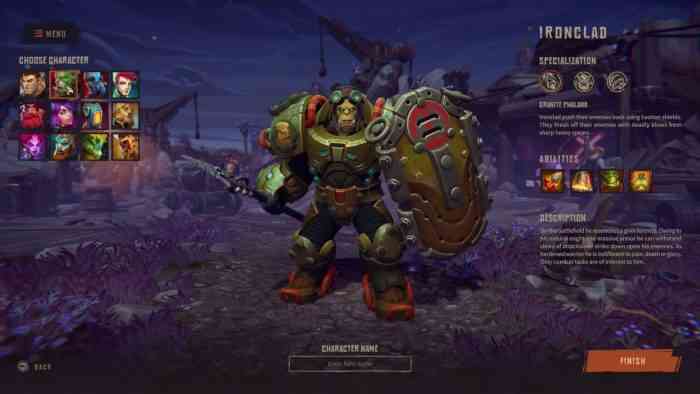 Character builds vary immensely depending on the attributes that a gamer prioritizes so each character will feel unique from the other in comparison to most other MMORPG’s. The game will feature the usual MMO mechanics such as crafting, trade and economy. Branching quests will guarantee alternate endings, making alternate characters even more valuable. Two of the detailed environments Artificial Core claims will be included in Corepunk are a vast and booming metropolis and a lonely camp in the middle of an uncharted desert. We’re interested to see more of these detailed environments when Corepunk releases.

Each PvP battle in Corepunk relies heavily on strategy as being aware of each character’s strengths and weaknesses is integral to winning any battle while managing cooldowns and maintaining a distance from your foe. Both an honor system and a karma system ensure that people killing enemy players around their level will be rewarded while people killing noobs will be punished. Corepunk will apparently also include a profound amount of lore, arenas, battlegrounds, guilds, farms, randomly generated dungeons and raids.

What kind of character do you see yourself playing in Corepunk? What’s your favorite MMO up to this point? Let us know in the comments below!