Raph Koster, known for his work on Ultima Online and the Star Wars Galaxies MMO has returned. He’s opened his own studio, Playable Worlds, and is looking to start a brand new MMO under a completely original IP. 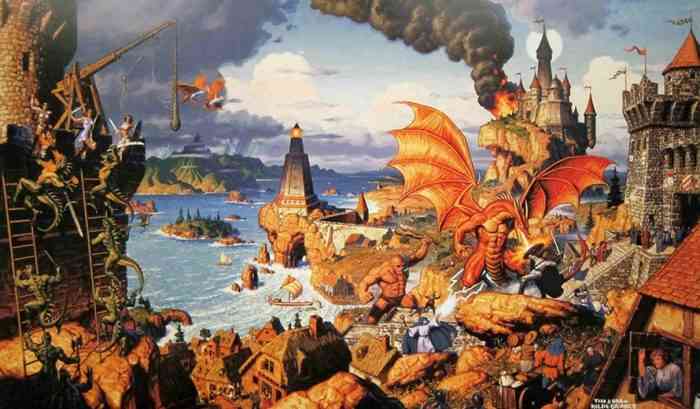 His team consists of former Marvel, Disney, and Sony Online staff, as well as Greg Costikyan a well-known tabletop designer. Additionally, Mat Broome who’s worked as a comic book artist for Marvel and DC and Brain Crowder as the lead service engineer.

Koster has been hinting at what the future holds. He’s been very firm that it will be an original IP, not a licenced universe. There’s going to be a major focus on player freedom, a holdover from the Ultima days. Players will be able to socialise, craft, adventure, explore, or even engage in PvP. Koster hopes that it will deliver diverse experiences and become a hobby for players.

“We want a world where all sorts of players can find a home,” Koster said. “That means for players and people who are more casual, people who are really gamey and people who enjoy chatting. From mobile games to Facebook games, I do think that there are great lessons to be had from all of those different parts of our industry, and I want to apply them all.”

Investors have already put 2.7 million dollars into Playable Worlds since the company started in 2018. With a wealth of experience, Koster is looking forward to the future. Koster has done work on numerous other games after he left Ultima Online in 2000, including working as chief creative officer for Sony Online Entertainment, as well as consulting for gaming companies since 2013.

Are you an Ultima Online fan? Are you looking for another MMO to dive back into? Let us know in the comments!