Efi Oladele, an 11-year-old robotics genius, premiered in Overwatch lore back in 2017 in an in-universe interview. Her introduction set the stage for Overwatch’s next hero at the time, Orisa. There hasn’t been many updates with her, or Orisa, since the Doomfist lore drop. But now, Blizzard has announced that a book “The Hero of Numbani” to be released in 2020 by Scholastic. 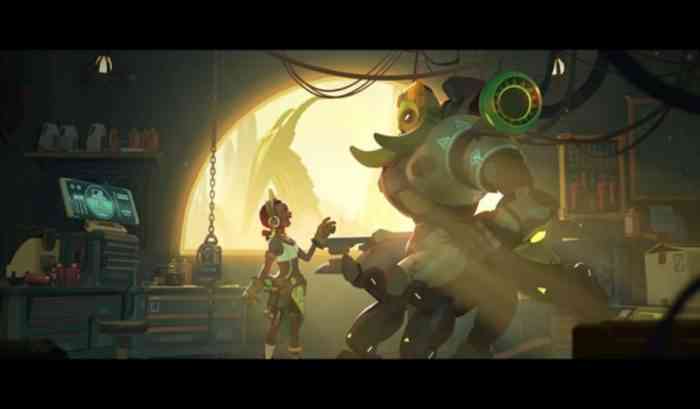 The game has still been going strong, with role queue added most recently, but fans of the Overwatch universe have been left wanting. While it’s been relatively quiet on the official lore front (we did get a cookbook with some fun lore tidbits) this might be proof that we’ll be seeing more in the future.

All information about the book comes from an Amazon listing that appeared this week. This is the summary of the book from Amazon:

In the technologically advanced African city of Numbani, in the not-so-distant future, humans live in harmony with humanoid robots known as omnics. But when a terrorist tries to shatter that unity, a hero named Efi Oladele rises!

Efi has been making robots since she was little-machines to better her community and improve people’s lives. But after she witnesses Doomfist’s catastrophic attack on the city’s OR15 security bots, Efi feels the call to build something greater: a true guardian of Numbani.

While Doomfist sows discord between humans and omnics, Efi engineers an intelligent and compassionate robot, Orisa, named after the powerful spirits who guide her people. Orisa has a lot to learn before she’s ready to defeat Doomfist, but Efi has some learning to do, too, especially when it comes to building-and being-a hero. With Doomfist rallying his forces, and the military powerless to stop him, can Efi mold Orisa into the hero of Numbani before it’s too late?

This action-packed novel features the fan-favorite characters Efi, Orisa, Doomfist, and Lúcio in an all-new, original story straight from the minds of the Overwatch game team and critically acclaimed author Nicky Drayden!

Overall, it looks like this is going to be a fun read with some familiar characters. Are you looking forward to another lore drop? Let us know in the comments!

Diablo II: Resurrected Video Review – A Fresh Makeover for an Old Classic
Next
Never Run Out of Ways to Avenge in Marvel’s Avengers
Previous
New MMO Being Developed by Ultima Online’s Lead Designer