Perfectly Balanced, as All Things Should Be

Are you sick of scrambling to pick your heroes in Overwatch? Don’t you hate it when a teammate chooses Hanzo when you need a medic? Well, there may soon be a way of avoiding all the chaos of hero selection and coordination. Blizzard is implementing an Overwatch role queue starting later this Summer. The object of this feature is to evenly distribute player roles among teams and matches. As Overwatch players are familiar with, heroes are categorized into three roles: Tank, Damage, and Support. The queue assigns two of each role to every team. Role queue will affect Competitive and Quickplay. 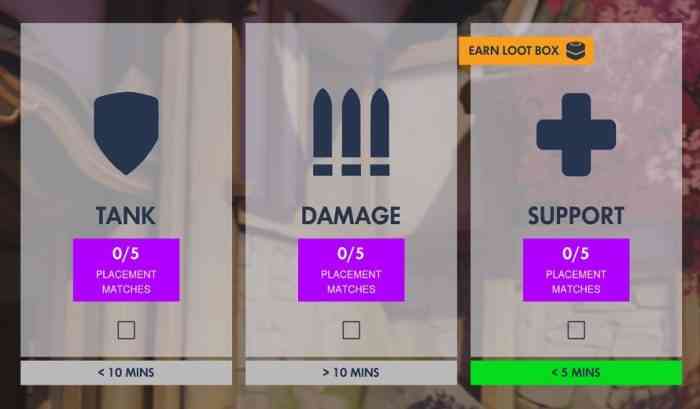 The automatic 2-2-2 composition of teams comes with a lot of changes, both on and off the battlefield. There is a 3 Tank/3 Support combination that was popular for a while, even in the esport scene. That option will be unavailable for the most part with this update. While Quickplay and Competitive matches will follow the 2-2-2 rule, a Quickplay (Classic) option will be available in Arcade Mode that allows players to play exactly the way hero selection currently is.

Competitive players know that they play ten games to place in the different tiers. In the new system, players can enter the season separately in the three different categories. Playing 5 games as Support, 5 as Tank, and 5 as Damage can earn players different ranks in the different roles. At the end of the season, players will be rewarded in each of the roles, ultimately getting more than they would under they current system. Role Queue is available on PTR, but there will be a beta running from August 13th to September 1st across PC, Xbox One, and PS4.

Do you think this will be a welcome change? Let us know in the comments below.

Return to The Barrens With Hearthstone’s New Expansion
Next
What Is Borderlands 3 So Happy Together Trailer Even About?
Previous
EA Has Announced Plants Vs Zombies 3 Pre-Alpha Available Now