It has been a while since we have seen a new installment of the main Plants Vs Zombies series. It can be easy to forget that the Garden Warfare games are a spin-off because they are so good. The original game came out ten years ago in May 2009 on OSX and PC. It has been ported to iOS, Android, Xbox 360, PS3, DSi, PS Vita, and Blackberry. While the Garden Warfare games were console based, the series returns to mobile devices with the Plants Vs Zombies 3 pre-alpha. 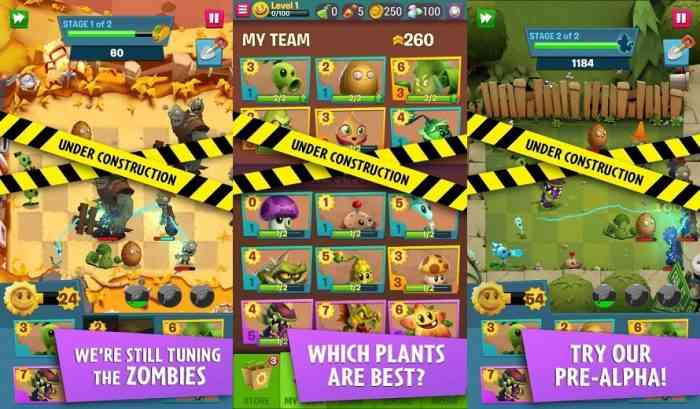 On Tuesday, EA announced that Plants Vs Zombies 3 was “under construction” and that the pre-alpha was available to download. Of course, it is far from being the finished product and they have a particular goal for this release. “But don’t soil your plants just yet! PvZ 3 is under early construction and is not representative of the final game. Pre-Alpha is focused on getting feedback on combat features only. We’re saving a lot more for later!” says EA in their blog.

Unfortunately, Apple devices will not be able to play the pre-alpha at this point. EA says, “You’ll need an Android device that is at least a Galaxy S7 or higher for specs, with Android 6.0 (Marshmallow) or higher in order to play. Unfortunately, the PvZ 3 Pre-Alpha is unavailable for players on iOS at this time.” If you are wondering when you will be able to get your hands on PvZ 3, so is everyone else. There is no release date for the game yet. With the third main series game, this would also be the perfect time for EA to start working on Garden Warfare 3 and launch them as companion pieces.

When do you think PvZ 3 will be finished? Let us know in the comments below.