Diablo 4 is Rumored to Follow the Aesthetics of Diablo 2

According to a recent rumor on Reddit, Diablo 4 will follow the disturbing aesthetics of Diablo 2 rather than the brighter and less graphic Diablo 3. The maps are apparently much bigger and mounts are available for characters to ride, with some environment interaction points such as wall climbing. Three classes are rumored at the moment and they’re all familiar to Diablo fans: Mage, Druid and the constantly imposing Barbarian. Diablo 4 has no official release date as of now, but we’re expecting to see more from the upcoming successor to the Hellish RPG’s at BlizzCon tomorrow or Saturday. 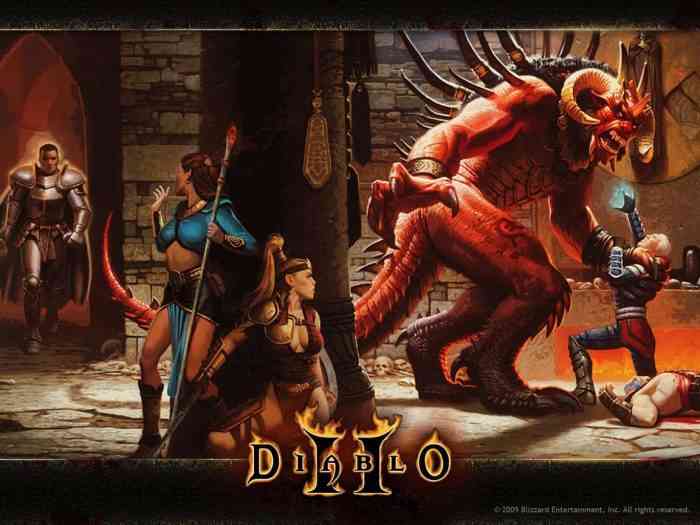 Diablo 4 will be dark, gritty and gross according to Reddit user and leaker of the rumor: PracticalBrush12. This user has previously leaked verified information about Persona 5 Scramble: The Phantom Strikers and Ghost Recon Breakpoint so although these rumors are currently unfounded, this Reddit user has credibility. Niko Partners senior analyst Daniel “ZhugeEX” Ahmad also commented on the rumor, claiming “this lines up with everything I’ve heard about Diablo 4. The game is shaping up well and is definitely what fans would want out of the game. Takes what people loved about Diablo 2 style, improves on Diablo 3 combat.”

Diablo 4 has four player co-op all but confirmed already with a likelihood of PvP from the start. Following the disturbing visuals of Diablo 2, corpses will litter the environments, there will flesh caves, marshes, plagued cities and much more to traverse. Skills such as the Sorceress’ Charged Bolt are apparently included in the Mage’s arsenal. We’re looking forward to seeing more of Diablo 4 if these rumors are to be believed because we preferred the gore and gross visuals of Diablo 2 over the colourful pallet of Diablo 3.

Which of these rumors do you believe the most? Do you want Diablo 4 to be more like Diablo 2 or Diablo 3? Let us know in the comments below!


The Dragonflight Boat has Broken World of Warcraft

Overwatch 2 Reaches 35 Million Players During Its First Month
Next
Dead or Alive 6 Season 3 Announced, Players’ Lunch Money Stolen
Previous
There Are 5 Ubisoft Games in Development for PS5 and Xbox Scarlett