Play the Original Diablo in All Its Glory

Blizzard just re-released the original Diablo through GOG for 10 USD. Not only that, the pair are planning to re-release Warcraft: Orcs & Humans, and Warcraft 2 next, although there’s no release for them yet. 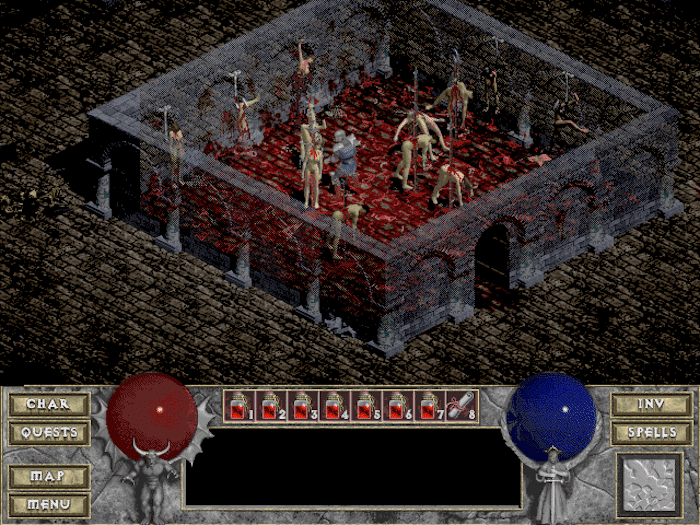 An ancient relic has been unearthed.
Diablo I is Now available for purchase & download at GOG | https://t.co/OJIpTbZ8xd pic.twitter.com/1UzXdmcIUR

“Darkness stirs beneath Tristram. An ancient evil sweeps across the land, plunging it into civil war and terrorizing the populace. A mad king, his missing son, and a mysterious archbishop are all pieces of the puzzle you need to hack through. You have journeyed to the source of this evil. The town of Tristram – now inhabited only by a handful of survivors, broken and twisted by the madness that has befallen them. A cathedral stands there, built over the ruins of an ancient monastery. Eerie lights and ungodly sounds are heard echoing through its abandoned halls, and that is where you shall venture.”