This Ain’t Your Grandpappy’s Season Pass

A season pass for any particular game is without strict definition, but Koei Temco is really pushing it. A traditional season pass usually meant that the owner pay for a set of major DLCs ahead of time for a discounted price than what they would cost collectively. There would sometimes be exceptions such as the omission of cosmetics or small things, but what we are starting to see with the Dead or Alive 6 Season 3 pass could be described as theft in some states. 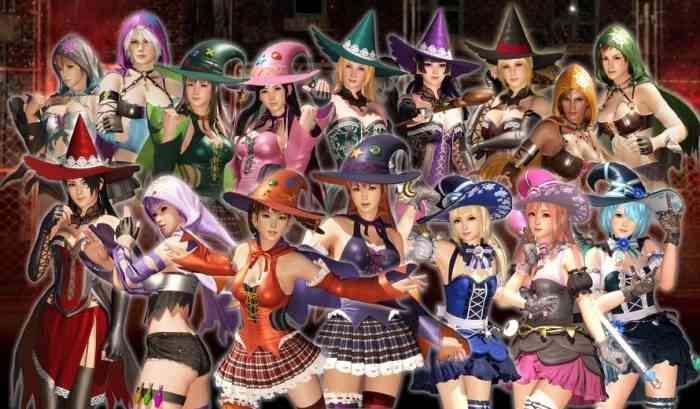 Rather than pay for a season pass and get everything the developer is planning to release, Dead or Alive 6 players are being asked to routinely pay for sets of cosmetic costumes and characters. Not only does this content only have cosmetic items, but they are pumped out with only a couple of months between. The most unbelievable thing about it (other than the amount of people who buy it), is the price. The season passes are $80. Each. To put that in perspective, I could buy the “full game” for Xbox One for $60. If you were to get the game and all it’s content, you would have now paid $300.

Now that pretty much every reason for not buying this has been aired, let’s get into what you would get. The Season 3 Pass was made available on October 29th. The first pack is the Witch Party Costumes, which comes with 16 witch costumes for the ladies. You can pretty much forget that male characters exist in the game. Two more costume packs of 16 plus another character will be released periodically. Probably until another season starts and more money is requested. Dead or Alive 6 is out for PS4, Xbox One, and PC.

Is Koei Temco asking too much of their fans? Let us know in the comments below.