Destiny 2 Festival of the Lost 2019 Begins

Bungie is releasing the Haunted Forest, new masks, new ornaments and the Braytech Werewolf auto rifle with the yearly Destiny 2 seasonal event: Festival of the Lost. The event brings with it a temporary crucible mode called Momentum which makes respawns instant and weapon damage is increased. Festival of the Lost releases with update 2.6.1 which nerfs for Striker’s Code of the Juggernaut and Dawnblade’s Attunement of Flame. Some other balance changes will affect gameplay, particularly in the crucible, but gamers will find all sorts of content to enjoy with Festival of the Lost which is available on PC, Xbox One and PS4 now. 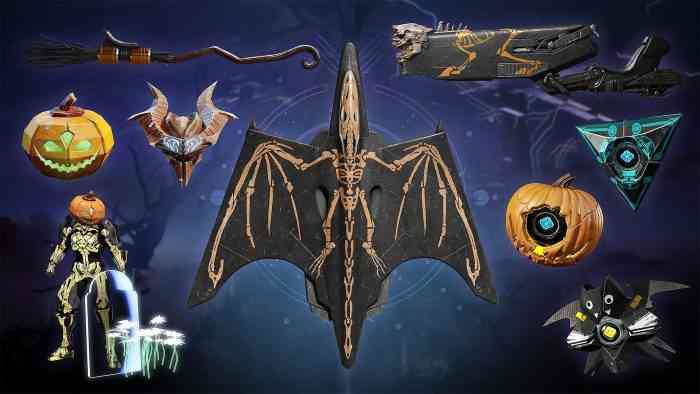 Bungie brings a new dungeon known as the Pit of Heresy to Destiny 2 with update 2.6.1. The Pit of Heresy is available with its own loot pool to grind and unique mechanics to master. Players can pick up a new Exotic quest for the Xenophage which is a heavy machine gun that has the fire rate and range of a sniper rifle. The Festival of the Lost event ends on November 19th so get your Destiny 2 gameplay in while you can.

The Exotic raid trace rifle known as Divinity had the weaken effect range increase to 30% but the Weaken effect from Judgment is not intended to stack with other Weaken effects, which is another fix Bungie expects to work on in an upcoming patch. They also fixed an issue with the Divinity where the client would crash if the weapon was combined with target marking effects such as Vengeance. Sealed Ahamkara’s Grasps also now have a brief cooldown period between perk usages.

What’s your favorite change coming to Destiny 2 with the Festival of the Lost? Are you excited to explore the Pit of Heresy or are you all about the seasonal content? Let us know in the comments below!