DeepMind’s AI AlphaStar Is a Supreme Grandmaster of Starcraft 2

Blizzard recently opened up professional StarCraft 2 players to competing with Alphabet Inc’s DeepMind’s AI software AlphaStar which was specifically designed for StarCraft 2. Today, Alphabet Inc. has announced the AI is now at grandmaster level in the Blizzard RTS game, besting 99.8% of any human gamers in the competition. It hasn’t been long since AlphaStar started ranked matchmaking online and the AI pretty much dominated almost all of the matches. Blizzard’s StarCraft 2: Wings of Liberty and Legacy of the Void are both available for PC and Mac. 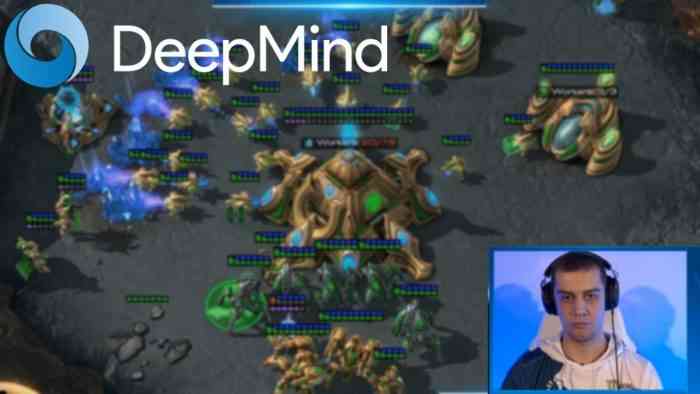 Blizzard made it so that gamers wouldn’t know if they had been paired up against AlphaStar, likely to avoid any abnormal outrage to get DeepMind the most accurate numbers possible. The test ran for several months and included hundreds of online matches. DeepMind says they evened the playing field by restricting the number of mouse clicks the AI could register, aligning it to reflect standard human movements. They also forced the AI to use all three of the game’s playable races, making it significantly harder for AlphaStar to train with one specific race. DeepMind also limited AlphaStar to only viewing the portion of the map a human would see, leveling the playing field in what ways they could to eliminate cheat factors.

Despite the restrictions implemented by DeepMind, AlphaStar managed to become grandmaster rank, the highest possible level in online competitive ranking in StarCraft 2 which is an achievement for any person, let alone an AI. DeepMind thinks StarCraft 2 is a great training tool for artificial intelligence, expecting the results can then be interpreted and used for other applications such as medicine, self-driving cars, infrastructure, etc.

Do you think you could beat DeepMind’s AlphaStar or are you no match for most human StarCraft 2 gamers? What’s your favorite Blizzard franchise that DeepMind could tailor an AI towards next? Let us know in the comments below!