Bandai Namco recently revealed during a new DBZ Kakarot trailer that the fighting RPG will be releasing on PC And consoles January 17th. The game was last shown off at the Tokyo Games Show where a new trailer was shown with gameplay footage. The game based on the stories from the familiar DBZ television series, Dragon Ball Z Kakarot releases on Xbox One, PS4, and PC at the beginning of 2020 worldwide. 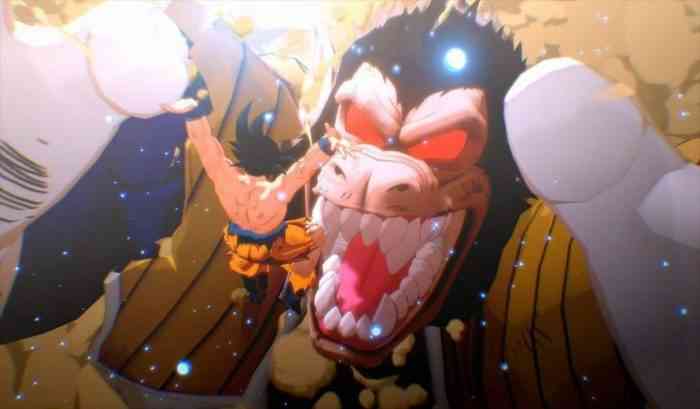 The newest trailer of Dragon Ball Z Kakarot teases the Buu saga which DBZ fans will be familiar with as one of the last sags of the original series before Super came and changed things up. We already knew that DBZ Kakarot would involve the Saiyan saga, as Kakarot is Goku’s Saiyan name, but we were also made aware that the Namek saga would be featured as well due to footage being shown of Frieza in the final form we see her in before her father King Cold returned her to life just to get sliced in half by future Trunks. The new trailer shows the first glimpse of how Dragon Ball Z Kakarot will handle the Buu saga, which means we’ll likely see all of the major events from the original DBZ series transpire in one RPG adventure game.

As fans of the original Dragon Ball Z RPG adventures from the Gameboy Advanced era, The Legacy of Goku, we’re looking forward to seeing how a home console version of the RPG adventure Dragon Ball Z concept will translate those concepts to the modern day. So far the confirmed cast of characters includes: Goku, Gohan, Vegeta, Nappa, Tien, Yamcha, Piccolo, Chiatotzu and now Buu can be added to the list, whether he’s playable or not.

What are some RPG mechanics you think would be perfect for a Dragon Ball Z adventure game? Are you a long-time DBZ fan who’s anxious to try the new DBZ Kakarot game by Bandai Namco? Let us know in the comments below!

Dragon Ball Z: Kakarot Heads To Next-Gen Consoles In Early 2023
Next
$50,000 Pledge from PewDiePie to Anti-Semitism Charity Retracted
Previous
Steam Will Recommend Games Based on Taste