Epic Games is Teasing Fortnite Fans With It: Chapter 2 References

During the current season of Epic Games’ Fortnite, fans are finding red balloons which float from street gutters and laugh horrifically when you shoot them similar to the haunting laughs of Pennywise. It: Chapter 2 is in theaters tomorrow and this tease is likely the first piece of content the Fortnite and It crossover will offer. Fans recently got a taste of the Borderlands series during the Fortnite X Mayhem which included a huge overhaul of cell shading Fortnite into Pandora. 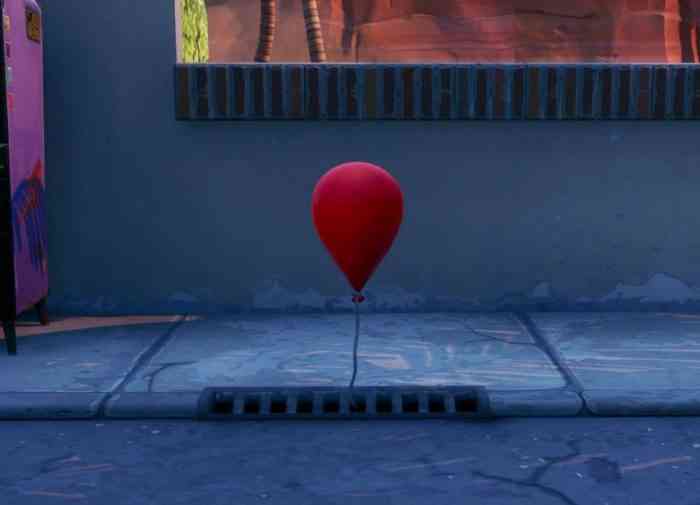 Epic Games has done several crossover events with Fortnite which is one of several ways they’ve stayed relevant and a smart way they’ve used their money. Previous cross over events included franchises such as Stranger Things, the Avengers, John Wick and even sports franchises such as NBA and NFL. These scary red balloons are likely the first step of a new crossover event that will terrify the younger gamers while encouraging the older ones to see the latest Stephen King inspired horror film. We aren’t sure whether to expect a drastic map change that takes gamers to Pennywise’s sewer lair or if we’ll have to hop into a mech to defeat a giant demonic clown that will haunt out screens and our dreams. We do hope to see a Pennywise the clown skin as Halloween is coming up and the game doesn’t have enough spooky skins.

With this latest red balloon crossover event, we’re interested to see what Epic Games has planned next for this unstoppable Battle Royale that. In case you’re wondering, we think that Fortnite is a near-perfect storm that is always evolving with each season while retaining the great gameplay.

Are you a Fortnite fan that has come across the laughing red balloons? Are you eager to see the terrifying It: Chapter 2? Let us know in the comments below!