Fortnite and Borderlands are Crossing Over in New Update

The Most Ambitious Cross Over Ever?

The worlds of Borderlands and Fortnite are colliding in a new update to Fortnite. You will soon have access to some Borderlands themed skins for your character when you are duking it out to see who is the last man standing. Borderlands 3 is launching a few months from now so this is a great way for both games to gain some recognition and hype. Particularly for Borderlands. 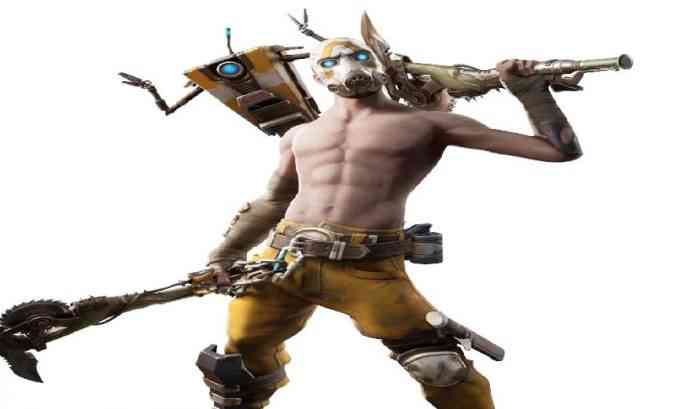 Announced by Epic Games today, the new update will be called Fortnite x Mayhem. From now until September 10th you can enjoy a ton of Borderlands themed content.“Loot your way through the Pandora Rift Zone, take on themed Challenges for free rewards, and pick up the Psycho Bundle from the shop,” says the Fornite website.

The Psycho bundle will allow you to build up to obtain the highly sought after Psycho skin. This is undoubtedly one of the most recognizable characters in video games, as well as Borderlands. The wisecracking and quick-witted Claptrap can be found in this update too. He won’t serve as a sidekick or comic relief like he does in his native game, but rather as a backpack. It’s not very glamorous. But then again, nothing is perfect.

The Pandora Rift zone that has been added to the Fortnite map is supposed to recreate the Borderlands world. Epic has stated that if you spend enough time in this area then you’ll generate a shield. There are supposedly other surprises according to Epic as well.

This is not the first time Fortnite has decided to team up and cross over with other companies and franchises. Thanos, the main bad guy from the Avengers series also made an appearance in a special game mode in Fortnite. Hopefully, this deal works out for both franchises.