Epic Games Hasn’t Given an Explanation for This Decision

Last week, Fortnite received NFL-themed skins for all 32 of the football league’s teams but, as of Tuesday night, those skins have been removed from the game’s store and the game’s developer, Epic Games, has declined to give any public statement so far about their removal. 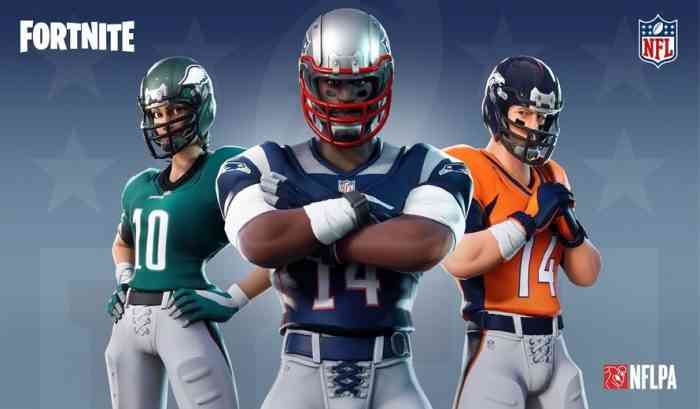 According to Wall Street Journal tech reporter Sarah Needleman, one possible reason for the costumes being removed is due to social media users posting pictures of Fortnite characters wearing the skins while brandishing firearms and kneeling down.

While people posting screenshots of in-game characters in NFL costumes holding guns is something that one would expect for a battle royale shooter, if other screenshots included characters kneeling down then it is possible that the skins were removed because that could’ve been seen as a reference to the controversial anthem protests that frequently occurred during the NFL’s previous season.

Players who’ve already purchased an NFL skin or two still have them and can presumably still wear them, according to GameSpot.

What do you think of this news? Was it the right decision for Epic Games to remove the skins or should they have kept for sale in the game’s store? Let us know your thoughts in the comments section below!