The Bastion Brick Challenge is Live in Overwatch until September 30th

The latest patch for Blizzard Entertainment’s Overwatch adds a LEGO themed Bastion skin, among other new cosmetic rewards. The Legendary LEGO Brick skin is the final reward for Bastion’s Brick Challenge; the typical event rules of winning nine Quick Play, Competitive or Arcade matches for the skin still applies with this event. If you’re playing Overwatch on Xbox One, PS4 or PC, make sure to get your wins in before it ends on September 30th. 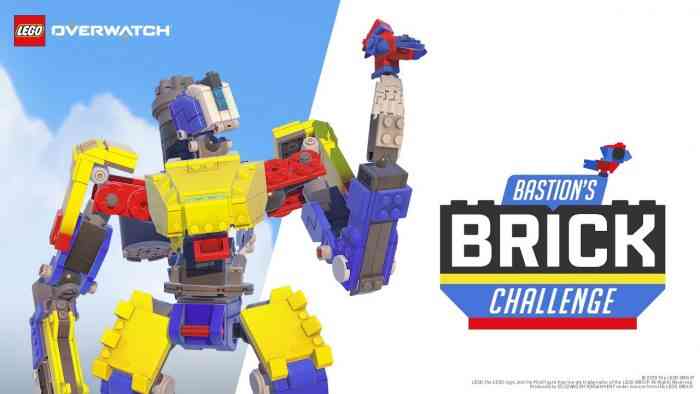 The other cosmetic rewards for the new Overwatch update include two new player icons after winning three matches and two new sprays after winning six matches. The Legendary Skin is definitely what most people are after with Bastion’s Brick Challenge as this is easily one of the coolest Overwatch skins, especially considering Bastion is one of the characters who’s been immortalized through LEGO. We hope after the creation of this skin, that more LEGO skins will release as LEGO sets exist for Reinhardt, D’va, Tracer, Widowmaker and more of the iconic Blizzard Entertainment characters.

Currently, Twitch and Blizzard are doing a cross promotion that offers more cosmetic rewards to gamers who enjoy watching others play Overwatch. Twitch viewers will receive a new D’va spray after two hours of viewing and two awesome LEGO themed Hanzo and Genji player icons after four hours of Twitch viewing. Apparently the only issue with this Twitch promotion is there are specific channels gamers will have to watch and they aren’t always available. We aren’t huge fans of playing as Bastion, but Basion’s Brick Challenge will definitely bring us back to Overwatch before the event is over because of how cool the skin is. Are you wondering what we think about Overwatch now that it’s been out for three years? Check out our review here for an idea!

Who’s your favorite hero to play as in Overwatch? What do you think of Bastion’s new Legendary LEGO skin? Let us know in the comments below!