Rarely does a game live up to its hype. I had been skeptical for a long time now about just how good Overwatch was going to be. It seemed good and Blizzard has had a great record for making incredibly detailed and polished games, but most of the games they’ve made over the last decade have been iterations of the same IPs they’ve been working on years. Could they really pull off a new genre for them set in the world of a failed MMO? They absolutely can and they certainly did.

Overwatch has been one of the best multiplayer gaming experiences I’ve had in some time. The amount of detail to every aspect of the game is apparent after playing just a few hours. The carefully planned out levels, the balance and personality of each hero, the pace of the moment-to-moment gameplay, all of it must have undergone numerous iterations to arrive to point that gives players the most enjoyable experience possible in a competitive game. There are many aspects of Overwatch that I personally feel are perfect for a competitive multiplayer, but this review focuses on reasons I feel this game is objectively the best multiplayer only game currently on the market.

“Overwatch has been one of the best multiplayer gaming experiences I’ve had in some time. The amount of detail to every aspect of the game is apparent after playing just a few hours.”

The defining feature of Overwatch is the well-paced, well-balanced gameplay. There are three game modes (Capture, Payload, and King of the Hill) available across 12 maps, where each map is restricted to its assigned game mode. Each mode features two teams of six battling out for the objective. Players are allowed, even encouraged, to change heroes throughout a match to best adapt to the situation. Apart from cosmetic changes, each specific hero is an exact copy of themselves; there are no item loadouts to take into matches nor are there upgrades to obtain once in a game. The only “upgrade” you can get for your hero is the hours of practice you have with each one.

As you might have noticed, the core gameplay isn’t exactly anything new. We’ve had arena shooters with this formula for ages, so why is Overwatch deserving of so much praise? Because Blizzard decided that every last detail in this game is deliberate and calculated for the best possible experience. The first sign of this for me was the meticulous level design. Every doorway, every corridor, every platform is specifically designed to provide players with strategic choices and certain advantages for both teams at different times in a match. Chokepoints in the payload maps are designed to tough for attackers to push through but not impossible with enough skill or strategy. Aside from the strategic aspects of the levels is the flavor embedded in each setting. You feel like you’re fighting at some important landmarks in the universe of Overwatch, each place with a story told through the props and atmosphere. A hero shooter doesn’t need alluring lore associated with each of the maps, but the above and beyond effort to establish the Overwatch universe makes the battles just that more interesting. 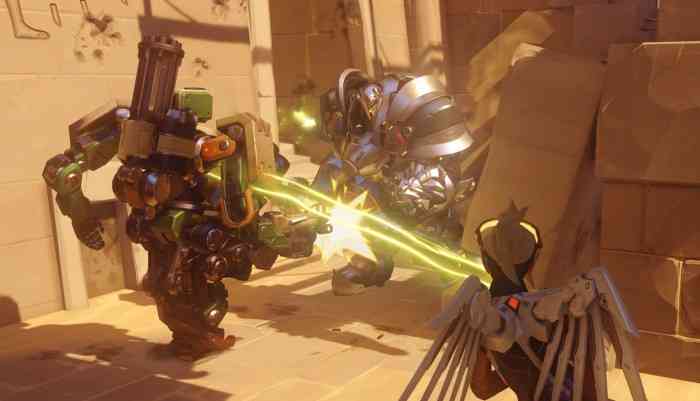 Another aesthetic point I was truly impressed with was the sound design. From the heroic music to satisfying sound effects the best display of deliberate sound design is the personalized audio assets for each hero. What I mean by this is that each hero has distinct audio cues that tell allies and enemies who you are and what you are about to do. Have you ever noticed that each hero’s ultimate ability sounds distinctly different? Have you ever noticed that ultimate call-outs are different for each hero depending on if they are on your team or not? Have you ever noticed that each hero has a specific walking pattern? These are all consideration Blizzard must have spent a great deal of time on to perfect. There’s a ton of important information passed via audio cues, likely to keep the HUD as minimal as possible. It is this kind of attention that can make the difference between a good competitive shooter and a great one.

“We’ve had arena shooters with this formula for ages, so why is Overwatch deserving of so much praise? Because Blizzard decided that every last detail in this game is deliberate and calculated for the best possible experience.”

Though some heroes are at the center of contention for being imbalanced (namely the turret hero, Bastion), I truly believe that the way games are set up all the heros are well balanced. Each hero has a combination of other heroes that complement and counter them. For instance, a Bastion can mow down most big enemies quickly if they charge head-on, but long range damage dealers can sneak in a couple shots to quickly take him down. Each map allows for a variety of counter-play options depending on which side you are on as well as knowing when to switch heroes and who to switch to. There isn’t always a definitive tank or attacker to choose; you must learn to adapt you choices based on the situation, something that could take a while to master.

Even if you find your team flailing at the beginning of match, in most cases it isn’t impossible to come back to win it all. The overtime mechanic allows teams to rally behind one last push for the win and I must say I saw an underdog victory happen more often than I had originally anticipated. At first, I thought the overtime mechanic was a little biased toward the losing team, but the more I encountered it the more I realized it’s simply there to give the losing team one last chance to focus, something they might not have been very good at. There’s something about that tense moment of overtime where your whole team suddenly gains clarity about how you need to press for the objective and comes together for either a dazzling display of teamwork and synergy or to turn the objective point into a mass grave. 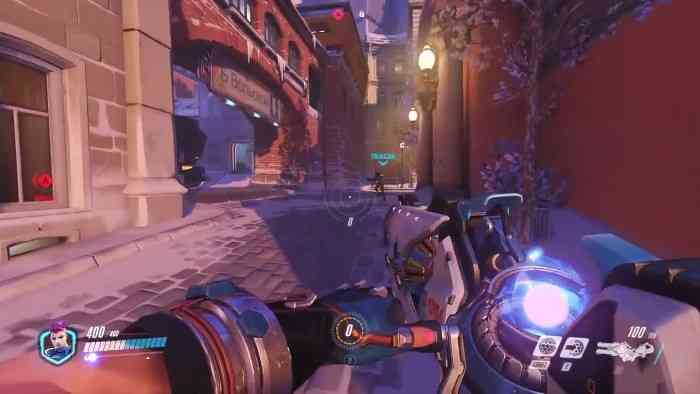 All in all, Overwatch is incredibly easy to pick up and start playing. There’s always some action going on and rarely any down time. Even when attackers are put in their spawn room there’s enough physics objects to keep you busy while you wait for the time to tick down. Death timers are low and stay low for the duration of match, so deaths don’t feel like of a penalty so much as a minor setback. The player progression system fairly simple: as you play more you earn experience to increase your player level. At every level, you earn a loot box which contains cosmetics for one of the 21 heroes. If you aren’t patient and are feeling lucky you can purchase loot boxes for real money. If you didn’t get the skin you were looking for in those loot boxes, you can always craft any of the cosmetics with the crafting currency obtained only by finding duplicate skins or chunks of it in loot boxes themselves. There isn’t too much account management beyond cosmetics for heroes and that’s ok because you’ll likely be spending most of your time in game.

My only minor complaint about Overwatch comes from queuing solo. Overwatch is great with friends, even with one other person. It seems like half of what makes it amazing is sharing the ridiculous plays you made with friends. Take a look at the r/Overwatch right now and you’ll see tons of clips showing off impressive plays. But when I’m running solo I find Overwatch as simply a really well-made hero shooter; it’s still a great game but the over-the-top enjoyment I get from playing comes from those incredulous “Did you see that?!” and “I can’t believe I just pulled that off!” moments. I’m still having fun playing solo, just not to the degree I am when I’m in a party of my friends.

To sum it up, Overwatch is absolutely deserving of the majority of the praise it’s receiving. Some people will be turned away by just how much hype has surrounded the game as they have been burned by over-hyped games before, but Overwatch has objectively proven itself to be a great multiplayer shooter. 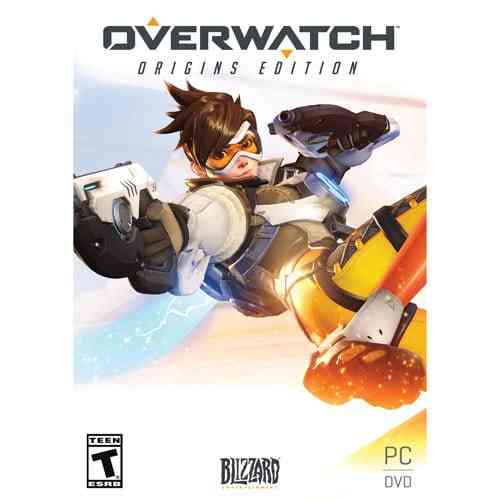