It’s getting to the point where attempting to make an indie game is the equivalent of getting together with a bunch of buddies to start a band in your parent’s basement. It’s a long hard road to make it big and let’s face it, most fail. With the market now inundated with indie titles, the chances for success are marginal at best. Many of those indie developers will be like all those aspiring rock stars where eventually their parents will tell them to ‘go out and get a real job’. GunWorld 2 is yet another indie game added to mix with a retro inspired look heavily influenced by Mega Man and those old NES Zelda games. There is no question GunWorld 2 has many redeeming qualities, yet at the end of the day, I question whether m07games latest venture will be able to stay afloat in a crowded indie market.

This is not to say GunWorld 2 is a bad game. That is not the case at all. In fact, it is a punishing and goofy game which takes me back to the old rage inducing NES games. Some of those old classics were downright brutal and this game is unquestionably up there in terms of difficulty. It isn’t as hard as the first GunWorld game but do not kid yourself, you’ll die, and die a lot.

GunWorld 2 has three game modes. My first stop was with the core Story mode, which just happens to be the most forgiving mode of the three. The Story mode includes some light RPG elements such as stat boosts, upgradable armour, and other mild RPG ingredients. If you have any chance at beating this game, it will come in the story mode as the other two modes are geared towards fans of the original game or those who are prepared for a mountain of a challenge.

“In fact, it is a punishing and goofy game which takes me back to the old rage inducing NES games. Some of those old classics were downright brutal and this game is unquestionably up there in terms of difficulty.”

Classic mode plays like the original GunWorld game leaving out the RPG elements you see in the Story mode. Level Rush mode puts players through 8 levels and a boss fight with only one life. I barely made it out of the starting gate in Level Rush mode; yes, it was that bloody hard and frankly way too punishing for me. What is great about the three modes is there is truly something for everyone. Instead of alienating a good chunk of it’s target audience, which is something the original game did, GunWorld 2 is a little more inclusive and polished. Those looking for a serious challenge have the Classic and Level Rush mode while players like me can plod along in the Story mode.

Gameplay wise, GunWorld 2 plays like the original. It remains a challenging side-scrolling platforming shooter. It requires skill, patience and a high frustration tolerance. As you progress along you will unlock better weaponry which makes the game a little more forgiving. Taking some of these weapons and going back to previous areas to unlock items is enjoyable. The levels themselves are varied and the enemies offer up a decent challenge. The boss fights also remain memorable. 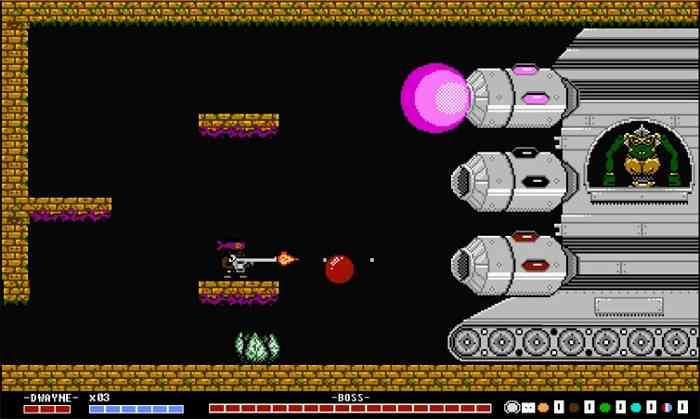 My biggest issue with the game is the difficulty. Having to restart a level every time you get killed can be frustrating. A few more checkpoints added here and there would have been appreciated. Granted you can purchase a respawn item which makes things a less maddening but getting enough coins to purchase these items takes some time. I understand this is all part of the retro vision but having to restart a level over and over just made me want to turn the game off. Not to mention, every time you do die you lose ten percent of your gold. So if you have big plans to save money to purchase an upgrade, your journey becomes a little more daunting with every death. At times, the game felt more like a chore.

Other annoyances like not being able to use your knife to take down as many enemies as you’d like and the lack of visual cues in the world map to direct you where you need to go was disappointing. Likewise, I found some of the enemies far too difficult in the early going. The game could have benefitted from a more gradual progression system.

“As far as the sound is concerned, the game is spot on. Those chiptunes are catchy and work perfectly with the game.”

Visually, GunWorld 2 is charming and certainly brings back that nostalgic feeling I had when I played all those NES games back in Grades 7, 8 & 9. GunWorld 2 certainly lacks the resources to stand up to those greats but as far as 8-bit indie’s are concerned, GunWorld 2 is right up there. Technically, I encountered the odd freezing issue but overall the game ran smoothly. As far as the sound is concerned, the game is spot on. Those chiptunes are catchy and work perfectly with the game. If there is any one particular area where the game truly excels it is the soundtrack.

Overall, GunWorld 2 is a charming little indie action platformer with a distinct retro feel. While the difficulty is greatly reduced this time around, the game remains as punishing and rage inducing as ever. GunWorld 2 is improved over the original in many ways and with those improvements comes a more expensive title this time around. That said, the less than $10-dollar price point is very affordable and cheap. If you are looking for a game that doesn’t take itself too seriously, and offers up a sizable challenge with an 8-bit “NES hard” feel, then GunWorld 2 is a purchase you won’t be disappointed with.

**An Xbox One review code was provided by the publisher** 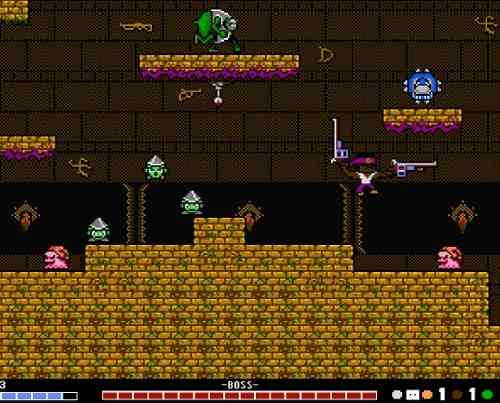 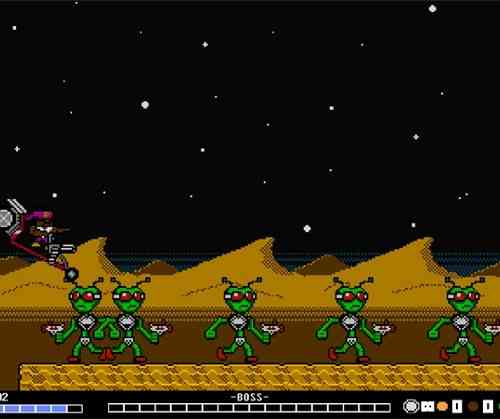 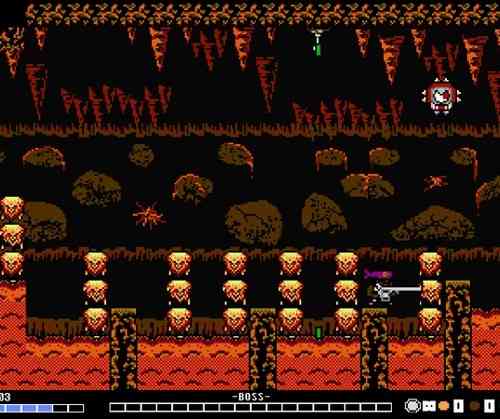 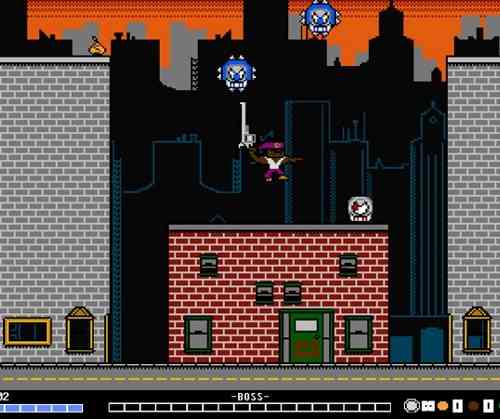 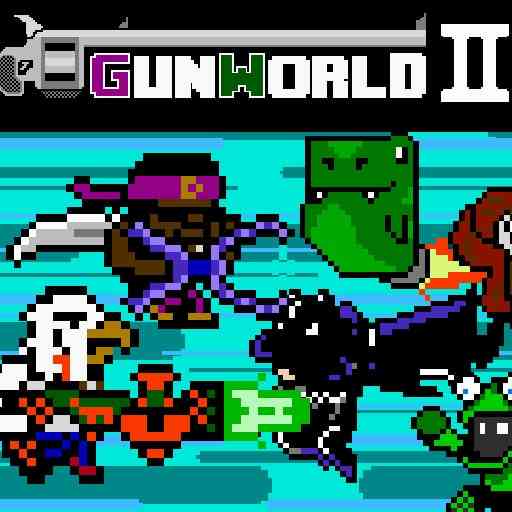