Explore, expand, exploit, exterminate. The 4x formula for grand strategy games has endured for thirty years for good reason. There’s a reason there are a half dozen Civilization games. The reason is that the formula works. It’s challenging, creative, and endlessly entertaining whatever the setting. The latest entry in the genre is Paradox Interactive’s Stellaris, which has been making intergalactic waves recently. Does it offer grand strategy on an interstellar scale, or does it struggle to make it into orbit?

Stellaris has the same basic structure as most other grand strategy games. After choosing or creating a race of creatures to play as and defining the qualities of that race, you set out into space. As Douglas Adams once said, “Space is big. Really big. You just won’t believe how vastly, hugely, mind-bogglingly big it is.” That sentiment applies directly to the galaxies generated by Stellaris, which range from gigantic to behemoth. Zooming out the galaxy map gives a great sense of loneliness early in the game, with your pitiful little home world a tiny speck among hundreds of systems. From there you’ll strike out into the wild black yonder with science and construction ships, gathering resources hopefully making interesting discoveries. I say hopefully because like any randomly generated map, there’s no telling where the hot spots are. This makes exploration and empire expansion genuinely captivating, on par with the ultra addictive scanning minigame in Mass Effect 2.

As you expand your reach, demands on your attention grow exponentially. You’re responsible for high level decisions of course, but also a great deal of minutiae. Who should govern that new colony you established? Should they focus on producing minerals or food? It’s overwhelming at times, and rightly so. A super powerful warp capable species that spans multiple planets SHOULD be difficult to manage. That’s one of the things Stellaris does so brilliantly – it makes you feel small and insignificant on a grand scale, but also supremely important on another level.

Fortunately you can sector off your empire to be governed locally without your input, leaving you more time to deal with making cool stuff. Research and technical advancement in Stellaris is split into society, physics, and engineering, each of which has a random element to it. Although individual trees like power plants are linear, there’s no set order in which you unlock them. When a researcher is ready to begin a new project, you’re given a choice of 3 projects. Which three you choose from is weighted, but random. So at times you’re forced to pick between two borderline necessary technologies, and you may not see the other one for a long time. Do you want better thrusters or shields? This is a choice I had to make in one game, and ended up getting smashed in a war because my ships had no shields. Such is the life of a semi-omniscient overlord. 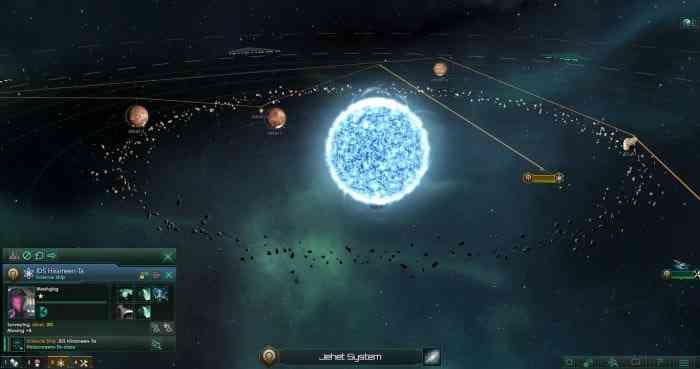 Despite the annoyance that randomization can cause, it makes the game unpredictable and infinity fresh. That creative mindset extends to ship building, where there is a great deal of variety to be found. Frankensteining together a fleet that suited each specific need was some of the most satisfying time I spent in Stellaris, especially when under threat from a hostile species. Experimentation and rock-paper-scissors style adaptation to your enemies is key – putting all your research into awesome x-ray lasers might sound like a good idea, but then again your enemies might have shields (in which case you’re screwed).

Eventually, you’ll run into some other sentient galactic residents. How you deal with them is equally diverse. You might establish an embassy to bolster relations in hopes of forming an alliance, or you might hurl insults to try and start a war. Each situation requires a unique approach, things rarely play out predictably. 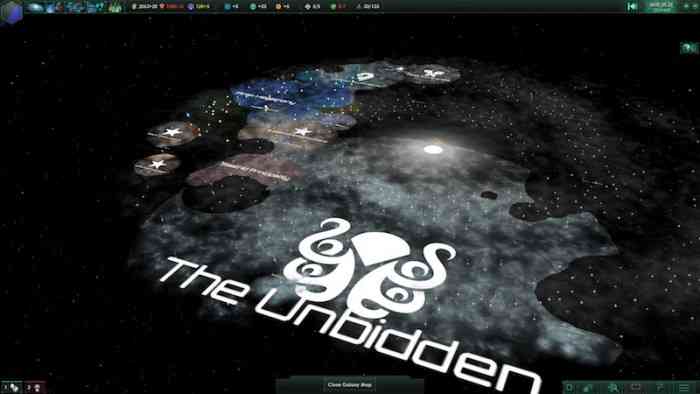 As you may be sensing, Stellaris does a great job of making the galaxy feel alive. It’s dangerous, exciting, lonely, and inspiring all at the same time. The additive outcome is that I felt really invested in my civilization. Each loss was crushing, and each victory was cause for celebration. That jubilation and desire to see the empire succeed invariably led to some more philosophical questions. At what point do the ends stop justifying the means? Other grand strategy titles haven’t really led me to question my own motives, but Stellaris did, and I found myself looking to play nice more often than not.

Unfortunately, the game can get bogged down in the mid game on default settings. I found that there were often too many races in too small a space, and my progress was essentially halted by overwhelmingly powerful civilizations on all sides. Ratcheting down the number of intelligent starting races helped things to flow more smoothly and minimized the amount of micromanagement I was doing. 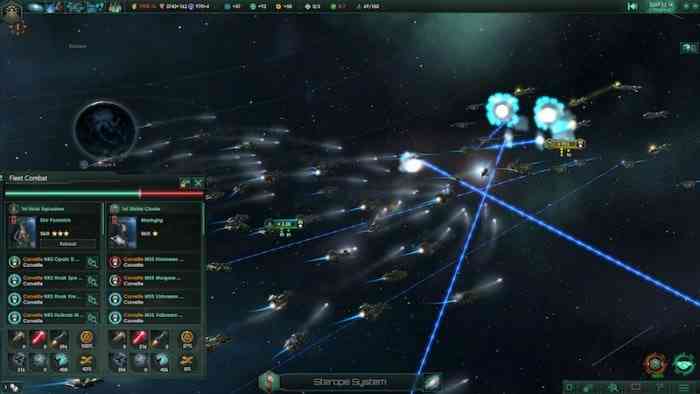 Minimizing administrative duties is important because Stellaris has a brutally confusing interface. Information is not always presented in an easy to absorb manner, and it’s easy to miss critical information in the thick of things. Things are manageable after an adjustment period, but people interested in dabbling in the genre may find themselves alienated before they meet any aliens.

Although I’ve heard online rumblings about performance problems later in a game, I didn’t experience much slowdown on a 5 year old i7 and a GTX 970. For the most part, things are buttery smooth maxed out at 1080p, and the game looks fantastic. The art style is great, with some of the most unique looking ships and creatures I’ve run across lately. Things look especially impressive during combat, where I greatly enjoy slowing things way down to ooh and ahh at the particle effects. One thing I would love to see added (or modded in, as the game supports Steam Workshop) is a more visual representation planets and colonies. There’s a functional tile system in place currently, but I’d really like the ability to zoom all the way in. 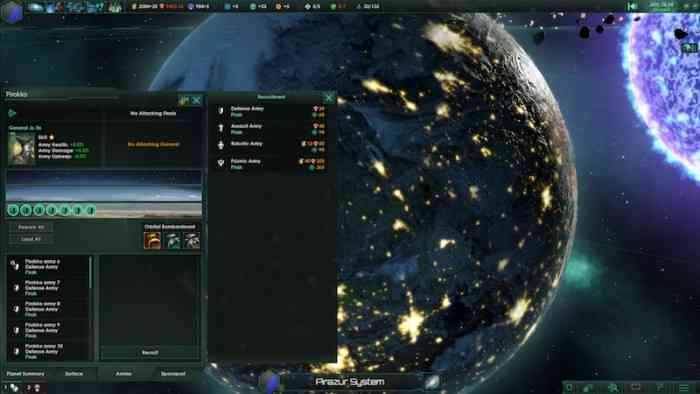 Stellaris’ music is equally accomplished, with equal quantities of Mass Effect style synth tracks and orchestral suites you’d swear were composed by Hans Zimmer. It’s a treat to listen to, and didn’t feel tedious after more than 40 hours.

Though Stellaris has its blemishes and can bog down in the middle, it’s an intergalactic success more often than not. It looks and sounds superb, and provides an infinity varied experience through its random elements. With the promise of an already active modding community in tow, Stellaris is a safe bet for intrepid adventurers looking to jump into hyperspace. 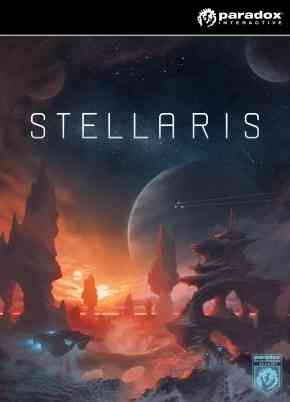 Illuminaria is Lighting Up Steam With August Release