The first big expansion for Fallout 4, Far Harbor, is a bit like a homemade bowl of chowder that your grandmother has made just for you; it’s delicious, there are lots of different flavors that marry well, and she didn’t skimp on the mussels or clams. The smell has been permeating the entire house for hours and you’re finally served a huge bowl that you can’t wait to dig into. However, just a few spoonfuls in, you notice one problem: Granny didn’t do a very good job of keeping the grit from the clams out, and now you’re anticipating an unpleasant crunch with each bite.

The reality is, while Far Harbor itself is fantastic, Bethesda has once again lived up to its old name and released some content with major bugs and issues. For starters, the frame rate on console can become abysmal if you’re outside. The fog they’ve introduced will have your system stuttering and struggling to maintain even twenty frames per second (sometimes even fewer…) and this destroys the amazing atmosphere they’ve created. Frame rate aside, we ran into multiple crashes while playing as well, which isn’t a huge surprise, but can be incredibly frustrating if you’re playing on the updated survival difficulty.

Bugs aside, there are a lot of great and even impressive things that Far Harbor brings to the table. First of all, the map is huge. Four new settlements, quite a few dungeons, and loads of unmarked locations will keep you busy for hours even if you choose to completely ignore the new quests. Within this add-on you’re going to find some new armor pieces and weapons, most of which are now being worn and wielded by The Island’s raider equivalent: trappers.

“The reality is, while Far Harbor itself is fantastic, Bethesda has once again lived up to its old name and released some content with major bugs and issues.”

If that’s not enough to wet your whistle, you can expect updates to the settlement building as well, particularly with the barn structures. Finally, we have slanted roofs and entrances! As someone who has been greatly bothered by how flat and square most settlement buildings look, I see this as a huge improvement and honestly just as – if not more – impressive than the Wasteland Workshop DLC that came out previously.

As for the overall tone and story that Far Harbor brings to the Fallout universe, you can expect something great. The writers delve a lot more into the existential crisis related to synths and what is right or wrong regarding their existence. We also get a nice glimpse into the Children of Atom, though truth be told I’m still a bit upset with the lack of quests for them in the main game. This could have been a great opportunity to bridge The Island and The Commonwealth, maybe having a quest or two that require you to return to The Glowing Sea, but that’s not the case. Still, it’s nice to see this intriguing cult being expanded upon and I hope to see more of them in the future. 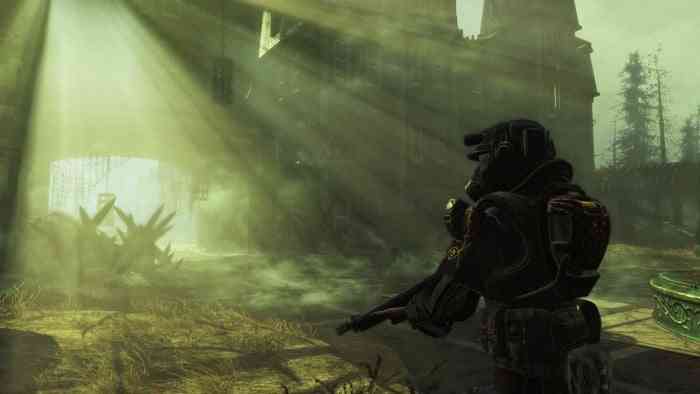 Now, with Far Harbor, fans of previous Fallout titles might be happy to hear that skill checks are back. Unfortunately, while this is true, they feel just kind of tossed in as an afterthought. It’s really great to see the few checks that have been added, but there aren’t many. It’s definitely a step in the right direction, but it’s not really enough to make it feel genuine. Hopefully we’ll see more of this in the future.

This is one of the times where it’s actually very difficult to score or rate something. Far Harbor feels like a classic Bethesda move, where we’re being given a ton of content that is littered with bugs and seemingly half-assed pieces, but contains some seriously fantastic bits as well. It’s these well-done bits that have the power to keep you immersed and interested in such a cool world. They make you think before you speak during a quest, and allow you to become lost for hours in the spooky coastal wasteland that is The Island. If you’re a fan of past Bethesda content then Far Harbor is definitely worth your time and money. If you tend to get frustrated with the amount of bugs and wasted space that can sneak in between the gems, you might want to wait until there’s some sort of game of the year bundle. 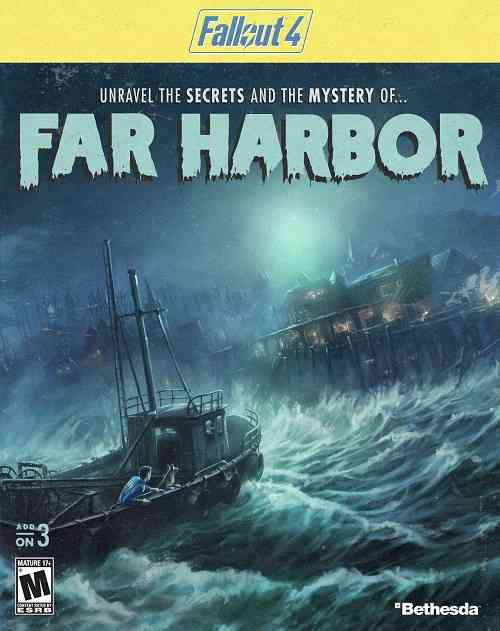