Seasons After Fall Review – Inviting You into its Beautiful Forests, Again… and Again

You begin as a glowing green orb, floating amidst others. You swim in a dark, watery atmosphere, fighting currents and swimming upstream. Before long, you burst from the ground in a beautiful green place called Sanctuary. You are greeted by a child-like voice that welcomes you to the world. To aid the voice, you are given the body of a fox, and you must gain the power of the seasons from the four Guardians.

Seasons After Fall is a 2D side-scrolling adventure game, where you play as a fox and explore a beautiful forest. Harnessing the power of Summer, Winter, Autumn, and Spring, you maneuver through environments, solving puzzles by changing the seasons at will. While Seasons After Fall does have its bright moments, it begins to fade the longer you play — as beautiful as the forest is, hours later it is largely the same forest as it was when you first booted up the game.

The voice that greeted you upon your awakening chirps up throughout the game, and tells you to collect four fragments from the Guardians of the Seasons to perform a Ritual. It is a welcome presence in a lonely forest — it does not provide a running stream of commentary, but chimes in at all the right times. The Guardian of Winter is a great brown bear with glowing teal eyes, and the Guardian of Autumn a towering crane, swaying high above you. As you meet them, you realize that there is something amiss in this forest.

“Seasons After Fall is an absolute joy to behold, with every frame looking as if it were lovingly hand-painted.”

It is immediately obvious that the greatest strengths of Seasons After Fall are its graphics and sound. Seasons After Fall is an absolute joy to behold, with every frame looking as if it were lovingly hand-painted. The game seems to have leapt straight out of a book of fairy tales, with both the fox and the environment moving beautifully, rendered in what must be the video game equivalent of vivid acrylic paint. It is a delight to use the power of the Seasons and seeing how the forest changes in regards to colour palette and weather. All of the environments in the forest are lovely, but seeing as I am from the Pacific Northwest, the range of rainy pine trees at the summit has a special place in my heart.

Once you are past its visual delights, Seasons After Fall also has an exceptional soundtrack — all thanks to a lively string quartet. The music swells at just the right moments, bringing to mind something great and wonderful looming just over the horizon. The forest is also brought to life by its sound effects, and the voice acting is cheerful and convincing. Seasons After Fall is all burbling creeks and rustling leaves against bright blues and painted greens, shifting in time with the Seasons. 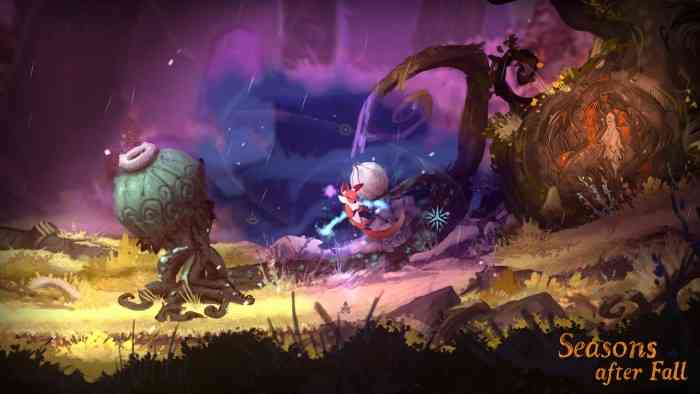 Seasons After Fall can be compared to Ori and the Blind Forest, but only aesthetically. There are no ability trees to keep track of and no combat (the player cannot die). Seasons After Fall instead focuses on platforming and puzzle-solving through the player actively changing the environment. There are plants which spit out a mound of snow in Winter, providing you with an extra boost to out of reach ledges. During Spring, the same plant instead unleashes a spray of water, useful for growing seeds. Another plant activated in Fall bounces you across large gaps, and there are many, many mushrooms to give you a lift. The creative use of these puzzle pieces in combination with the changing seasons is remarkable, and playing as a fox slots into this world seamlessly. When the fox runs, it does so in little hops, and you can’t help but smile. Barking is also a way of interacting with the environment and a good solution if you can’t see another way to solve a puzzle.

“Seasons After Fall is not a complex or difficult game, but it wasn’t meant to be one.”

I highly enjoyed how natural solving a puzzle felt. The use of the Seasons was logical; it was easy to remember how different plants or creatures reacted in different weather. You need Winter to freeze ponds and run across them. Remember that mushrooms bloom in Autumn. As you get more powers, changing the seasons in the right order comes to play. Use Spring to call down rain and raise water levels. Now you can use Winter to freeze it at the right height for the fox to make that jump onto the next ledge.

Seasons After Fall is not a complex or difficult game, but it wasn’t meant to be one. If you’re ever stuck on a puzzle, just head back a little bit — you probably missed something. Check all of the seasons, or make a lot of noise barking. As for platforming, the fox leaps in a generous, high arc and grabs onto ledges. 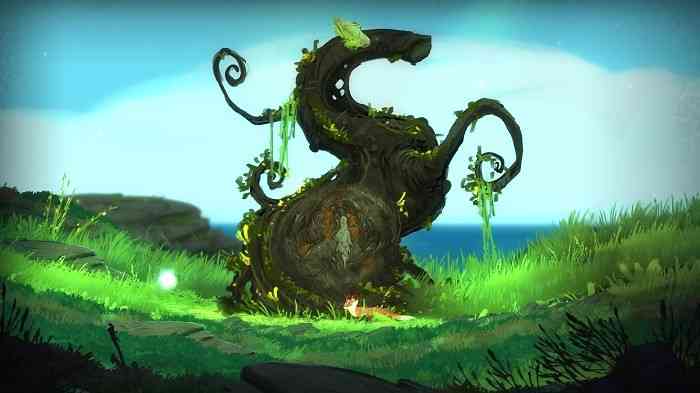 Backtracking plays a major role in Seasons After Fall, and it actually starts out as a boon. As players gain their powers, they can see how environments change according to which season. But soon even those magical moments cannot prevent the areas from getting repetitive. Players must go through an area to get to a Guardian, then go back through it again with new powers to get to Sanctuary, the central area of the game. And once the first phase of the game is over, players must go through the areas again, armed with all four powers this time. Despite how gorgeous the environment is, its novelty had largely worn off by an hour in.

And for all of its beauty, the forest is actually quite empty. The plants are nice, but more forest animals or new encounters would do wonders for this beautiful world. There may be story reasons why the forest is relatively devoid of company, but Seasons After Fall suffers for it. For example, one of the things I loved about Samorost 3 was that the beautiful planets I visited had their own unique inhabitants and strange architecture that marked lives being lived. Those interactions kept the game fresh and made me stop and look around, while Seasons After Fall’s empty environments began to blend together, encouraging me to run quickly through them rather than appreciate them. The game does have its own little critters, but apart from the Guardians there is nothing outstanding. The fox mostly uses the critters to get from one place to another in environment puzzles. 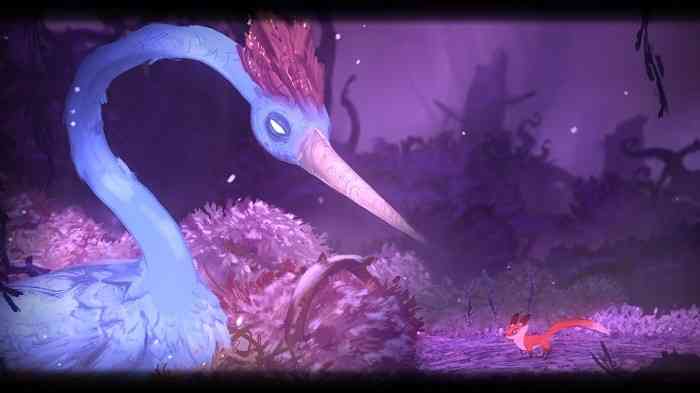 While Seasons After Fall is absolutely stunning visually, I would argue that this contributed to its shortcomings. The game leaned heavily on the Seasons mechanic, bringing players back to areas previously explored without changing the environment enough. While the environment of the game is beautiful, with time it ultimately fades into the background and the player becomes acutely aware of how empty the forest is and how the puzzles are becoming repetitive. Seasons After Fall is still an enjoyable game, but after a couple hours in the forest, you find that the colours are not as bright as they were at the start, and you could have sworn you saw that tree before. 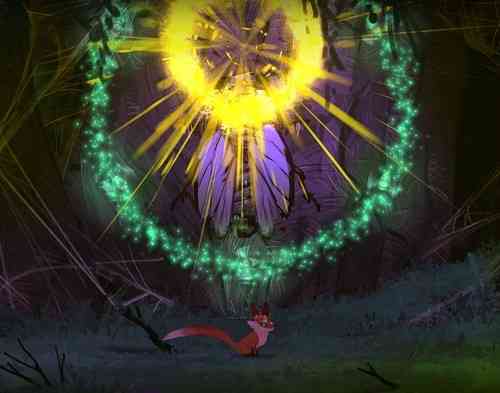 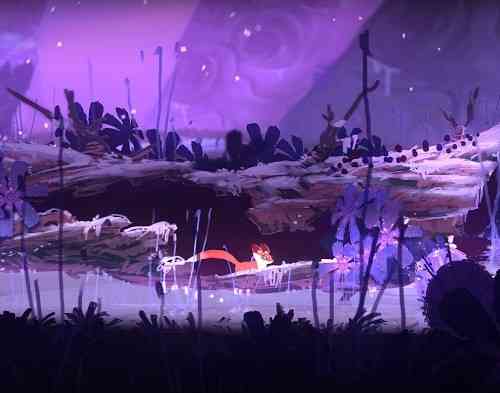 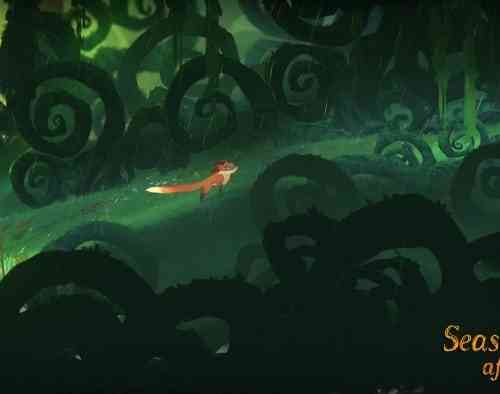 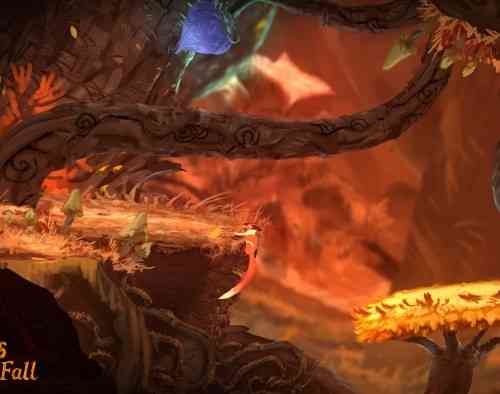 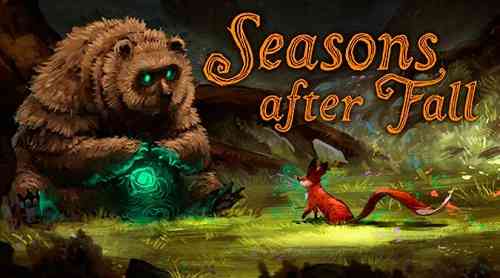