It’s been thirteen years since we last put on our life support suit and headed out to expand our colonies and prosper. Surrounded by threats of traitors, spies, tectonic shifts, plagues, warmongers, and pirates, it is up to you and you alone to lead the people and survive in the cold reality of space among ten other species doing the exact same thing. The fate of billions lie in your hands, are you ready?

Originally a trilogy of PC games from the 90’s owned by Atari, publisher Wargaming set to work creating an updated addition to the series. Set in the open universe, Master of Orion: Conquer the Stars follows the mantra “If it aint broke, don’t fix it.” Having extensively played Master of Orion 2 in my youth, it took very little time to jump back into this pioneering 4X turn-based strategy game. Players command one of ten of the classic races from the previous titles, with the Collector’s Edition adding a new eleventh race and an option for retro ships.

“Beyond the graphical upgrades and simplified controls, this is exactly the kind of sequel one would expect out of a much beloved strategy game.”

Players select the size of the universe and their race, each with their own unique set of skills and bonuses: the reptilian Sakkra reproduce at a much higher rate, but they are repulsive, making alliances hard to forge. The bear-like Bulrathi are a defensive and expensive race but their military strength is unmatched. Should you decide none of these suit your needs, Master of Orion once again features the option to create your own race. While you don’t get to customize an appearance for your race, the traits to choose from are phenomenal, each with a positive or negative value to which your total score cannot exceed a set value. Every trait is available to select from a massive list of to build your race. (My personal favorite lets your people eat rocks, leaving no need to produce food)

Once the game starts the universe is yours to act as you see fit: forge alliances, declare war, make peace, terraform planets, and defend against space pirates. In fact, it’s so typical of the previous games that those looking for a groundbreaking advancement in the series might be disappointed. Beyond the graphical upgrades and simplified controls, this is exactly the kind of sequel one would expect out of a much-beloved strategy game. 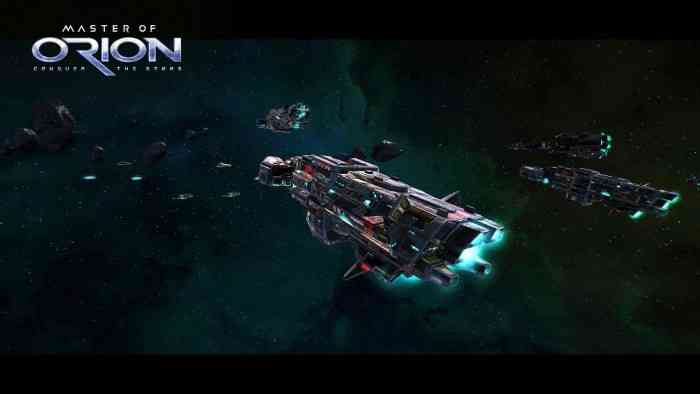 Matches will take a long time to win, so don’t feel you can sit down and play a quick match to kill time. On the smallest universe setting it took me about three days of playing to finally reach the end: I had forged an alliance with the Mrrshan, been betrayed by the Sakkra, challenged by the Silicoids and destroyed them entirely, and that was all long before the halfway point of the game. Each universe will have a set number of turns to play until it ends (small is 500). When time runs out, the race with the best overall score wins, however, there are also four other ways to win early; destroy all other races, finish your tech tree of research and become enlightened, lead the economy in the Galactic Stock Exchange by X points, or be elected the Head of the Galactic Council. These are each pretty outstanding feats to accomplish. The AI is greatly improved from previous games, each race acting not only appropriately to the situation, but to their races disposition as well. The Mrrshan can be demanding and hot-headed, the Psilons only want to trade in research and nothing more. Each race feels that much more unique.

“Master of Orion: Conquer the Stars is an homage to its predecessors and loaded with fan fare of the original games.”

Space combat can be a dull affair and could have used an overhaul. Select fleet formation, their battle plans etc, and – when playing against a CPU – pause the battle to reposition and strategize. Ships attack range can also be altered to show how far an enemy will be before you attack and how close an enemy can get before you begin evasive maneuvers. This feels like a tactic for more advanced players – coupled with the ability to either leave your ships with their standard payload layout or customizing their weapons and positioning. What I did enjoy was Cinematic mode: setting my armada to attack and watching them decimate my enemies through a series of excellent camera angles.

The tone of the game is pretty light-hearted: as events occur the scene cuts away to two news robots reporting on what’s happening in the universe, usually with poor jokes. The dialogue can be pretty cheesy at times but it’s easily ignored when you hear the cast of Sci-fi voice actors this game managed to draw in: Michael Dorn, John De Lancie, Mark Hamill, Alan Tudyk, Troy Baker, and Nolan North to name a few. Their recognizable voices will kick you in various nostalgia spots to hear them once more and their work here really brings the game up to a new level. 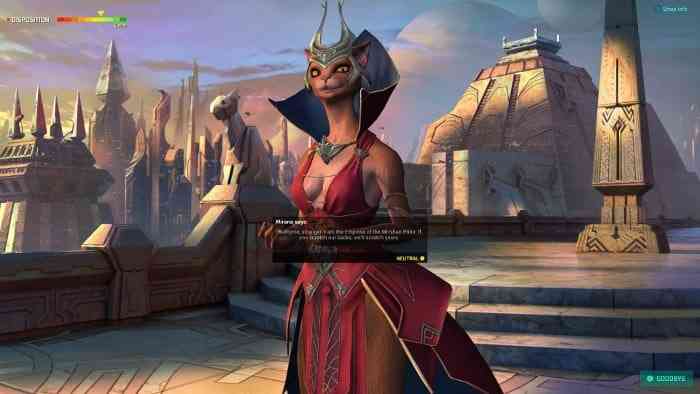 Master of Orion: Conquer the Stars is an homage to its predecessors and loaded with fan fare of the original games. The controls are simple and easy to manage, the graphics pleasing, and once the ball starts rolling you truly feel like the leader of an entire civilization. The dialogue can be cheesy at times breaking that illusion of power and the space combat can be a bit dull. The joy of watching your enemies be destroyed loses its thrill in place of the “Auto-Play” option to get through turns faster, and for the fans of retro gaming, the Collectors Edition includes the original trilogy. While this was definitely a great step for the series, it was a baby step and did little to bring anything new to the table. 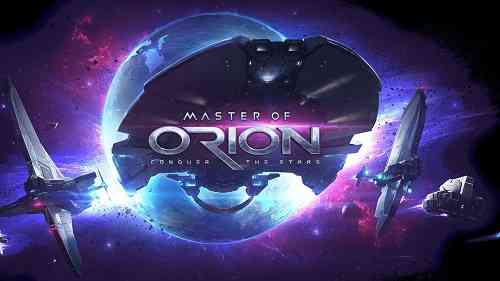