When it comes to streaming TV shows and movies, I’ve had more frustrating experiences than positive ones. I’ve tried using various streaming media devices over the years and most either have connection issues, poor WiFi reception or are just plain borked. Gaming on a streaming device on the other hand is uncharted waters for me. Yes, Xbox and PS4 consoles can technically be used as streaming machines, but I have never played video games on something quite like Emtec’s GEM Box, which is an Android game console.

Designed to turn your TV into a complete streaming and gaming hub, the Emtec GEM Box is the first Android TV Box that has been designed for not only gamers but your entire family. Whether it be playing Borderlands via your GameFly subscription, or farting around with a mobile game from the Google Play store there is something there for every gamer. Not to mention you can stream your favourite PC game to your TV and you can turn your TV into a Smart TV. It is a pretty cool device that is affordably priced at around a hundred bucks. And the best part, its works quite well!

The set-up is remarkably easy. The only difficulty I encountered was trying to figure out how to properly navigate my way around all the apps and menus with the included controller. It was a little finicky at first and a bit of a learning curve. Obviously a mouse and keyboard would be a nice way to navigate around but you are forced to make do with the Xbox looking gamepad, unless you purchase the remote control. 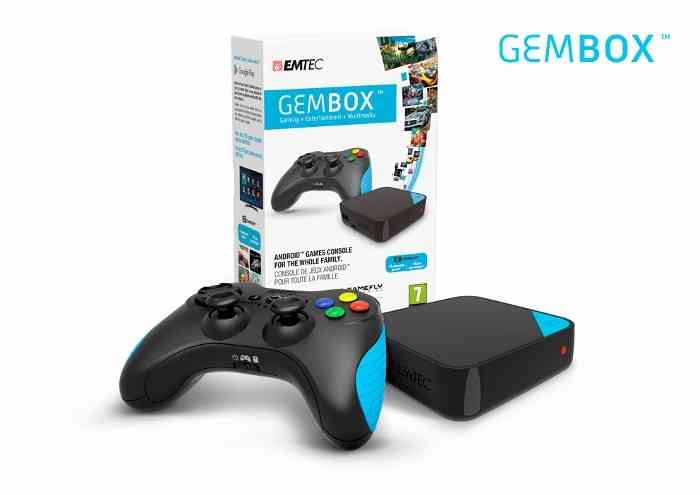 Otherwise, the GEM Box has an easy plug and play set-up. The unit comes with an AC power adapter, HDMI and Network cable. Simply plug everything in, hit the input button on your TV and you are good to go. The manual recommends you hard-wire your internet connection, but it is not absolutely necessary. I tried both WiFi and a wired internet connection. While I was not able to access GameFly using a wireless connection, I was able to use it when I plugged the Ethernet network cable from the GEM Box to the back of my router. If you are planning on using your GameFly account with GEM Box you better have amazing WiFi, otherwise your best bet is to hard-wire the sucker.

Once everything is setup, you are presented with a basic interface that allows you to navigate the many menus and app screens. The amount of customization here is notable as you can personalize the home screen and add shortcuts to your go-to apps and games. There are already 4 four pre-loaded video games on the unit (Asphalt 8, GT Racing 2, Wonder Zoo and My Little Pony) that don’t require any kind of internet connection. Those games may be perfectly suited for a younger, more novice gamer but the more seasoned vets will want to stay clear from those dogs. That said, the games gave me a good feel for how they run on the GEM Box.

“Designed to turn your TV into a complete streaming and gaming hub, the Emtec GEM Box is the first Android TV Box that has been designed for not only gamers but your entire family.”

Thankfully, the Gem Box isn’t limited to those games with access to GameFly, the GEM Store, Google Play and your PC. The GEM Store for instance is pre-installed and lets you search over 150 different Android games that are compatible with the included controller gamepad. Don’t expect any AAA games in the store but if you are looking for something to keep the kids occupied, the GEM Store works just fine. More experienced players will likely want the GameFly subscription which runs for around $15 bucks a month. This will give you access to big games we cover on the site on a regular basis. Last but not least you can use the GEM Stream App to play games from your PC. Just keep in mind you need a decent rig to pull this off. It is recommended you use the Nvidia GeForce Experience 2.2.2 App or higher. Sorry Mac users, you won’t be able to take advantage of this feature.

When playing the games I did notice the odd stuttering or frame rate issue. I am not sure if this was due to my internet connection or the games themselves. It could also be due to the limitations of the hardware. Whatever the case may be, I did notice a few hiccups. These weren’t exactly deal breakers but mostly noticeable during fast moving portions of the game. If you are a hardcore gamer and looking to use the GEM Box as your go-to gaming device you may be sadly disappointed but casual gamers and younger players likely won’t get too hung up on some the technical issues that crop up. 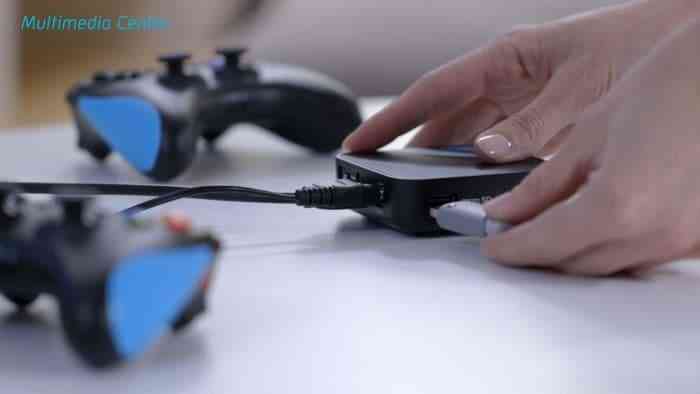 A neat little feature of the box is that the GEM Box is equipped with a USB port and MicroSD card slot, so you can plug in any external storage and access your movies, photos, and music in a matter of seconds. I have a crap load of movies stored on a hard drive, so it is a nice feature indeed. Likewise, watching movies or TV shows via the many apps in the Google Play store worked without a hitch. I would get the odd buffering slow down here and there with my WiFi connection but I managed to watch a few episodes of Game of Thrones and the Superman vs. Batman movie without any interruption.

Netflix isn’t included anywhere on the device but there is a workaround. If you have Netflix loaded on your phone or any mobile device, the Miracast app lets you mirror what’s showing on your phone right onto your television screen. It works similar to the Chrome Cast device. This feature is available to both Apple and Android users. Naturally given the GEM Box is an Android console, it is fully compatible with Android devices. Apple users however have to install the AirPlay/DLNA receiver (Pro) application if they want to take advantage of this option.

Overall, I am quite pleased with the GEM Box as it does pretty much everything I need it to do and more. While I won’t use the device for gaming all that much given I am an Xbox One and PS4 owner, many casual and younger users should get some use out of all the gaming possibilities that exist with the GEM Box. From my perspective, it is not meant to be used to play high end games but with a GameFly subscription the possibilities are there. Just realize you won’t get the same experience you would on a PS4 or Xbox One console. My primary use will be for streaming TV and movie shows which works flawlessly. 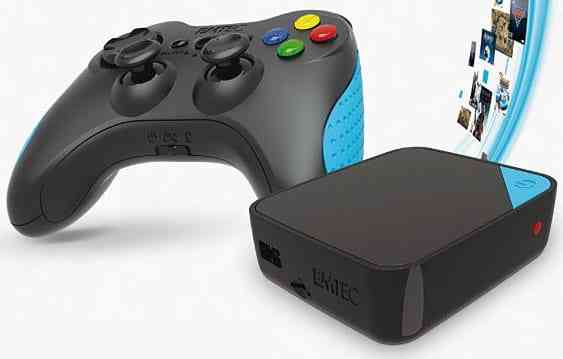