Gears 5: Top 7 Tips To Help You Dominate in Versus Mode

Get Good at Gears 5 Versus with These Tips

So, maybe you read our glowing review of Gears 5 and now you’re ready to rev up that Lancer and get slicing and dicing. Or, maybe you just heard about the 3 million other gamers who have fallen in love with the latest of the beloved franchise. Or, maybe you’ve just ran out of other Game Pass games to play, so you figured you may as well give Gears 5 a shot. Whatever the reason, sometimes starting a new game can be a little daunting. Sure, if you’ve played a Gears of War game before, you probably know what you’re getting into – and for those players, you might not need this guide. However, if you’re brand new to the Gears of War franchise and you’re not sure what the heck you’re doing – then we’ve developed this handy tip sheet just for you. While Gears 5 offers a number of incredible modes, this guide will focus specifically on the Versus mode, which will pit you against other players from around the world. It’s been a staple in Gears games since the beginning, but starting out fresh can be a bit intimidating – and frustrating. These tips should give you a good starting point to earning those kills and claiming those wins. 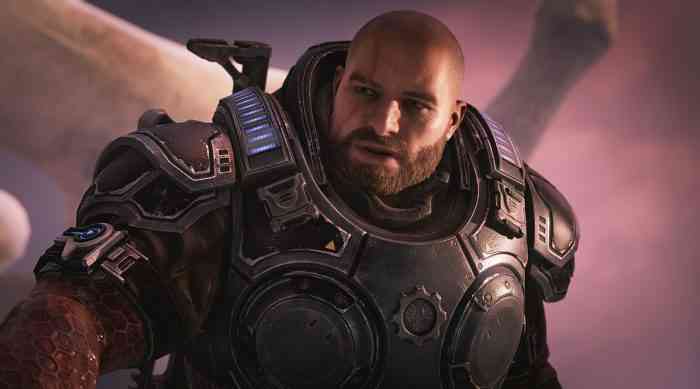 Here’s the deal, if you’ve never played a Gears of War game before – or if it’s been a long time – there are certain gameplay aspects that are relatively unique to the Gears of War franchise. Sure, you’ve probably played other cover-based shooters, but there are a vast number of unique variables that make Gears of War stand out from the others. Fortunately, if you want to get good at the Gears 5 Versus mode, you can learn most of the skills – including the ones mentioned below – by playing through the campaign. It’s also worth noting that the campaign is really, really good. But, if you’re new to the franchise, I’d probably recommend playing through Gears of War 4 first, just so you have some idea what the heck is happening storywise. However, if you choose not to, Gears 5 kicks off with a decent sized video that summarizes the events from the predecessor.

You’ve decided not to play the campaign, and instead get right to the Versus mode. Ballsy! Fortunately, there’s a fun little “Boot Camp” mission that puts you in the shoes of Del as he helps Baird do some testing. It’ll teach you all the basics you need in a safe environment. Plus, you’ll hear some fun dialog between Del and Baird along the way. To be honest, I’m not sure if you can skip the Boot Camp – but if you can, don’t – it’s worth playing through and should only take you 10-15 minutes.

Shooting your enemy is kind of the point here, so it stands to reason you might want to know how each weapon works – because they’re not all a simple point and shoot. Of course, if you followed tip 1 and finished the campaign, you’ll have a leg up here on how to use each weapon. If you didn’t, you’re going to have to be patient as you learn each weapon’s intricacies. Each weapon fires at a different rate, each weapon deals a different level of damage, and each weapon has different reload timing. For example, the Longshot deals heavy damage, but only fires one shot before requiring a reload – timing is critical. The Gnasher is great for those up-close and personal moments, but if your opponent is too far away, it’s damn near useless. The Lancer unleashes a barrage of bullets, and also comes with a handy chainsaw for some gory kills – but timing an execution takes practice. Grenades offer some compelling strategies too, such as; blindly lobbing them from behind cover, aiming and lobbing, or sticking them to a surface which makes them act like a proximity mine. Learning how to use all the different weapons and when best to use them will be critical to your success.

Check out page 2 for even more Versus mode tips.

An In Depth Look into Total War Warhammer’s New Cathay Faction
Next World of Warcraft Classic: Going Back Home Never Felt So Good
Previous Control’s Jesse Faden Is an Unnerving Weirdo and I Love It