Author’s note: This article has several side mission spoilers for Control.

For most of Control, Jesse Faden sounds like someone who’s on the verge of a nervous breakdown. Whenever she speaks with someone there’s this certain cadence to her voice that sounds strained, unsure, and kind of practiced. She comes across as someone who tries to appear normal instead of actually being normal.

In fact, Jesse isn’t the usual sarcastic, quippy protagonist found in most AAA games. Her appearance is unremarkable and somewhat disheveled, she’s pretty humorless, and, at times, her behavior borders on desperate.

She’s one of the most memorable protagonists I’ve ever played as.

Jesse Is Every Bit as Weird as The Oldest House

It’s not often when a game protagonist is intentionally written to be so…strange. Most main characters in games are fairly straight-forward and easy to read. Nathan Drake is a charismatic treasure hunter, Solid Snake is an elite soldier who hates giant robots that launch nukes, and Aloy is a skilled warrior who fights robo-dinosaurs and always wants to help those in need.

Meanwhile, Jesse is something of a mystery. She explains in the beginning of the game that she searched for the Federal Bureau of Control’s headquarters, The Oldest House, to find her kidnapped younger brother, Dylan, and that’s mostly all there is to her. However, despite not having much of a backstory and an understated personality, Jesse still worked as a character for me.

Part of that had to do with the strong performance of her voice actor, Courtney Hope. Hope managed to convey Jesse’s awkward way of speaking in a believable way and, during Jesse’s vulnerable moments, her voice acting made me feel sympathy for Jesse even when I didn’t know much about her. There was also how Jesse reacted to the absolutely insane things that happen to her throughout the game. 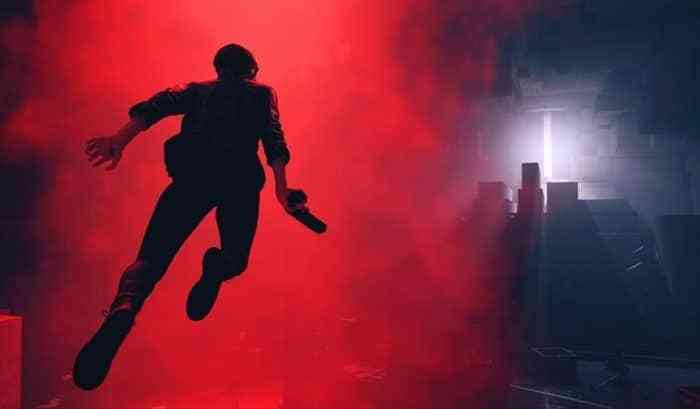 When Jesse first encounters the Hiss, a supernatural force that can take over people’s minds and bodies, she’s completely nonplussed. Moments before, a talking upside down black pyramid spoke to her and, as if it’s just another Tuesday at the office, she barely reacts.

Very little in the game actually phases her. Even when she travels to a mirror dimension and discovers another version of herself, Jesse just calmly kills it and leaves. There’s missions that have her chasing around a teleporting rubber duck, talking to plants, and fighting a fridge monster. I haven’t even gotten into how the building’s janitor reads minds and is also possibly a god.

Throughout Control’s missions, Jesse rarely questions anything, no matter how bizarre her tasks are. In a way, Jesse is every bit as weird as The Oldest House she travels through.

Some could argue that her casual reactions to these things can sometimes make her come across as unrelatable but with how many weird things happen in Control, it’d get old pretty quick for Jesse to go, “Oh my god, what?!” at something every hour. If anything it makes sense, for her to behave this way considering all otherwordly, inexplicable things she’s seen during her life. It’s also refreshing to play a character who doesn’t need or want everything explained to her. Sometimes, having a character who readily accepts the weirder aspects of their world adds to the mystery of the story.

“Everything here is crazy, weird, but it feels…right,” Jesse remarks at one point. “Like how the world should be. I’m in an infinite building leading to different dimensions, and I never wanna leave. Even with all the horror, I’m happy. It feels sane. Or just the right kind of insane.”

Epic Games Store Reveals Their Next Free Game: Control
Next Gears 5: Top 7 Tips To Help You Dominate in Versus Mode
Previous 3 Things We Loved (and Hated) About The Call of Duty: Modern Warfare Beta