3 Things We Loved (and Hated) About The Call of Duty: Modern Warfare Beta

The Best and Worst of the Call of Duty: Modern Warfare Beta

Though many fans were absolutely thrilled when Call of Duty: Modern Warfare was announced I found myself amongst the minority, hoping and praying that this wasn’t simply a remaster and that Infinity Ward and Activision would be able to work their magic and pull off a game that didn’t feel like a step back after the movement abilities we’ve seen in recent COD titles. After spending hours with the game in the first open beta weekend I can report my fears was for naught. It is, in fact, an entirely new and fresh feel for the franchise, with 100% boots to the ground fast-paced action that’s more realistic than ever before. That’s not to say there aren’t some antagonizing issues to be found within, however. Aside from some pretty obvious glitches that will hopefully work themselves out before the full launch of the game, Modern Warfare is still a tad rough around the edges. So what were the best and worst parts of the Call of Duty: Modern Warfare beta? Let’s dive into it. 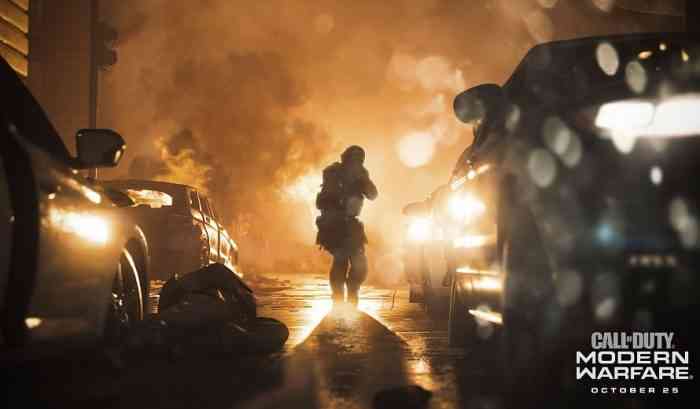 In Modern Warfare the Pick 10 weapons customization system is gone, replaced by a set number of perks, equipment, and the all new Gunsmith feature. Let me tell you, this is the best thing Infinity Ward could’ve done. Each of the guns has their own set of unlockable add-ons, ranging from their very own perks, to a variety of sights, barrels, stocks and more. The more you level up the gun, the more options there are to choose from. You can add up to 5 items onto each weapon, though you’re only able to take one from each category. What’s more is that each and every attachment has its own set of benefits and drawbacks, making these decisions even more strategic than ever before. Despite being unable to stack your loadout to be perk heavy the customization available for each and every gun is magnificent.

Call of Duty: Modern Warfare has been promoted as one of the most realistic titles in the franchise so far and there’s zero arguments there. From the very first match I played I was overcome with a sense of realism that’s always seemed to be lacking from previous COD games. Each of the maps included in the beta were interactive, with the ability to open and close doors, and each and every sound echoing in the background was impressive. From the bullets leaving your weapon, to the thuds of your enemies on the ground and clangs of the doors being booted open, the layered nuances of battle are everywhere. Additionally, the featured Realism game mode was almost unnerving in the lack of hitmarkers or feedback, offering up a true authentic feel to the franchise like never before.

Fans of the Call of Duty franchise are probably used to the status quo when it comes to the way the games look, feel, and play, however this time around Infinity Ward and Activision have switched things up ever so slightly, making Modern Warfare feel smooth as butter. What have they done you ask? They’ve added in a few new features that seem to make all the difference and have me questioning how the hell we haven’t seen these improvements before now. For the first time in franchise history, we’re able to reload while aiming down sights, edit loadouts in game, and filter game modes to include only the ones we want to play. That’s right, gone are the days where we could only play a set playlist! And if you’ve been waiting for the return of a Ghosts feature where you could peek around corners, or the WWII feature where you could mount your weapon, both have thankfully returned.