What’s that, newb? You want to play Elden Ring? Don’t make us laugh. This isn’t Animal Crossing. It’s Miyazaki. Dark Souls. Elden Ring is gonna knock you upside the head and steal your lunch money. And that’s just in the title screen. Yeah, you should be scared. But you came to the right place. We can help. 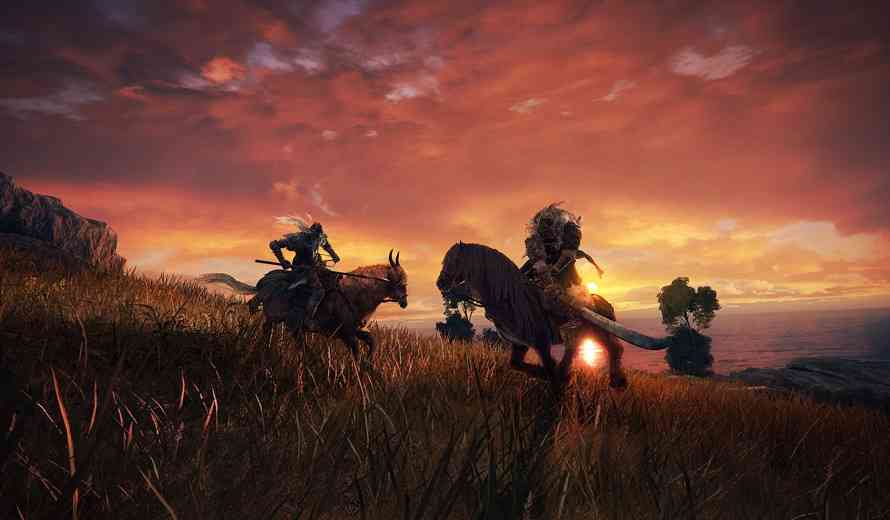 We don’t have much time. Elden Ring is on its way. So here’s what you’re going to do. You’re going to play five games. That’s right, five games. They start easy enough, but each one gets a little tougher. Get through these and maybe…maybe….you’ll be ready for The Ring. That’s what we’re calling it, ok?

Have you played Star Wars Jedi: Fallen Order? Then guess what, you played a Soulslike game. If you haven’t, this is a great place to start your Elden Ring training regimen. It cops a lot of mechanics from Dark Souls, like health restoring bonfires, respawning enemies, healing management and shortcuts. It has a semi-open world and combat that feels a lot like Dark Souls. You can lock on to enemies, dodge and roll. Block and parry. Maybe you’re not into the whole Star Wars thing. Well, get into it. That’s an order.

Your Next Assignment: The 2D Soulslikes

You might not realize it, but there’s a metric crap ton of 2D action games that owe their genetic material to Dark Souls. Now, you’re gonna play one of them. They’re all good. They’re all gonna kick your keister. But you’re not going to give up.

Let’s start with the holy trinity of 2D Soulslikes: Hollow Knight, Dead Cells and Salt and Sanctuary. Call them Metroidvanias or action-platformers or roguelikes, these games all bear the mark of Dark Souls in their combat, or their save system. Or maybe the way you can parry and riposte or how you manage stamina. If you beat any of these — and we’re not hopeful you will — you’ll be on your way to getting ready for Elden Ring.

Oh, who are we fooling. You’re never gonna be ready.

Stepping Up: Dark Souls in all but Name

There are a lot of action games that swam in a big pool of Dark Souls and came out looking like something FromSoftware might have released. They’re all pretty good, too, like just trying to be like Dark Souls made them better.

Here are a few of our favorites. Any one of them will do the trick. Code Vein is anime-inspired but has a lot of Soulslike mechanics and a few of its own ideas, too. The Surge and The Surge 2 are Dark Souls clones with a sci-fi setting. Nioh and Nioh 2 are less like From’s Sekiro than you might think, but they sure play a Soulslike tune. Remnant: From the Ashes is a procedurally generated, modern fantasy Soulslike that’s a lot better than it’s given credit for. Finally, there’s Mortal Shell. It couldn’t be more like a Dark Souls game if it was called Mortal Dark Shell Souls.

After you beat any of these, let us know. Good effin’ luck. Sorry. That’s our tough love talking. We know you can do it.

If you made it this far, you’re ready for a real Souls game. Made by FromSoftware. The real deal. There’s only one small problem. You’re gonna need a PS5. We’ll wait.

Demon’s Souls created the template and set in motion many of the mechanics for later Dark Souls games. The remake for PS5 is one of the best reasons to own the system. Compared to the later Souls games, Demon’s Souls bosses are pretty easy, and they’re kind of gimmicky, too. But Demon’s Souls is a great game to learn the basics of Souls. Things like healing items, and upgrades, classes and character building. And by character building, we don’t mean your avatar but your character. Like learning perseverance and patience. And anger management. And cooperation.

If you can’t score a PS5, then go ahead and dive into Dark Souls, because it’s available on every device, including the Nintendo Switch. At some point, you have to play it. It’s the law.

For your final training exercise, you have choice of two games. Bloodborne is a masterpiece. It’ll haunt your dreams and turn your days into Lovecraftian nightmares. Unlike Dark Souls, Bloodborne’s combat is fast, furious and demands aggressive play. Did you learn to parry? Great, now forget all about that. Dark Souls 3, on the other hand, might just be the best preparation for Elden Ring. A lot of Elden Ring’s combat animations are copped directly from Dark Souls 3. It has a similar art direction. You can’t go wrong with either title.

Look at you. You came in timid and unsure, and…what’s that?…a GIT GUD tattoo? We’re impressed. See you in Elden Ring next month.