Dead Cells: The Queen and the Sea DLC Review – God Save the Queen

Dead Cells: The Queen and the Sea DLC Review

For many gamers, myself included, Dead Cells is part of a holy trinity of 2D Soulslike games. Along with Hollow Knight and Salt and Sanctuary, Dead Cells’ combat, exploration and level design somehow bottle a bit of FromSoftware-style lightning. Dead Cells also adds a roguelite mechanic, making the game even more challenging. Available in full release since 2018, Dead Cells has seen a steady stream of new content, including free and paid expansions. The Queen and the Sea is the third, biggest, and possibly last chapter.

If you’re reading this, it’s doubtful you’re unfamiliar with Dead Cells. The base game is a 2D action roguelite, heavy on exploration and secrets. You play as the Prisoner (the “Beheaded”). You start in a dungeon and make your way out to an island, fighting monsters and collecting weapons, armor, costumes and consumables. The cells you collect can be used to purchase permanent power ups. When you die, you lose unspent cells and return to the beginning. You also encounter a number of NPCs and bosses, many of which are extremely challenging. Like many procedurally generated games, RNG can be your best buddy or biggest foe. You restart in the Flask Room, in which hang all the cool stuff you’ve unlocked in your various runs through the game.

While Dead Cells is very much its own game, Dark Souls references abound. There’s even a secret bonfire and a sign that tells players to “GIT GUD.”

For $5, The Queen and the Sea is value-priced and definitely worth the small price of admission. There is a caveat, however. This is not content for new players. For one thing, it effectively changes up the ending to the original game. For another, it really demands some familiarity and decent skills with Dead Cells’ mechanics. The Queen and the Sea also references prior extra content. Lastly, even getting to the new areas means following a pretty lengthy trail and defeating a boss. Meet those somewhat hefty requirements, though, and you’ll find a lot to enjoy about the DLC. And of course, once you unlock the route, it’s a pretty quick jaunt to the new area. 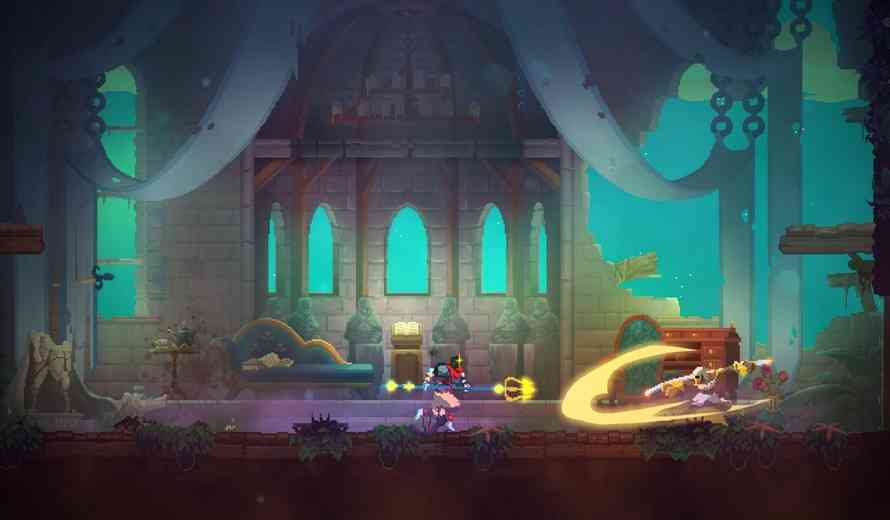 Maybe the most immediately striking feature is the new, nautically themed biomes and two big areas. The Infested Shipwreck is a maze of tattered sails and rotted planks with a creepy, haunted vibe, some new enemies, and even a new pet called the Leghugger.

The DLC’s final boss — the titular Queen — is part of a towering Lighthouse area. The sequence adds new mechanics to the late game as the Beheaded climbs ever higher, fighting both magic blue flames and a trio of mini-bosses, each with different weapons. The Queen herself is not the hardest boss ever in the game, but still an immense challenge for us mere mortals.

And Even MORE Stuff is Better

The real bonus part of the new expansion might be the weapons, outfits, and other goodies you can unlock, which then become available in any run. In addition to the powerful Leghugger pet, there is a deadly trident weapon and other boss gear, boss cells, and much more. A casual player might not see everything right away, but a true Dead Cells head will enjoy the refresh. 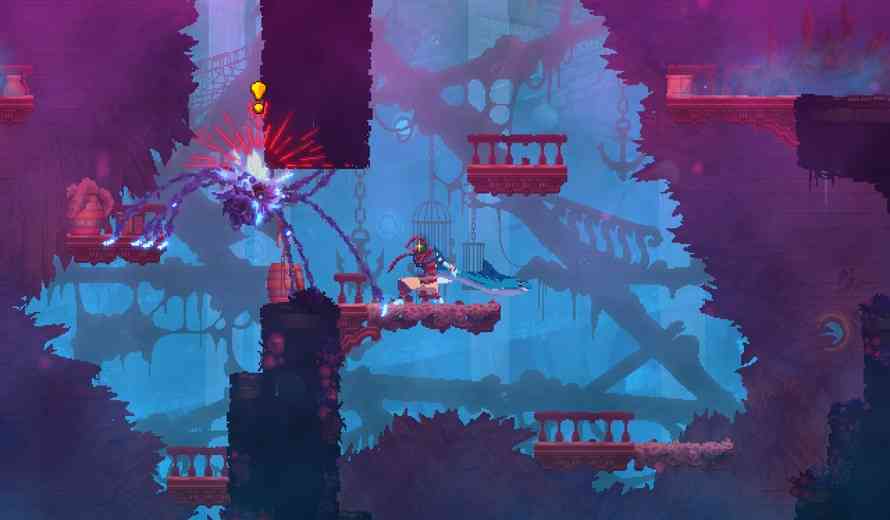 Dead Cells might not be the most graphically impressive pixel art game, but its art style remains engaging and beautiful a handful of years since release. The new boss, mini-bosses and NPCs are full of character and the new biomes are distinctive. The sound design and various monster and weapon sounds are delightfully organic. Even if you’re not a master platformer or ace at Metroidvania style games and combat, you’ll find the controls responsive. It can be a damn difficult game, but it usually isn’t frustrating. The tenth run up the Lighthouse is just as fun as the first. Trust me, I know. 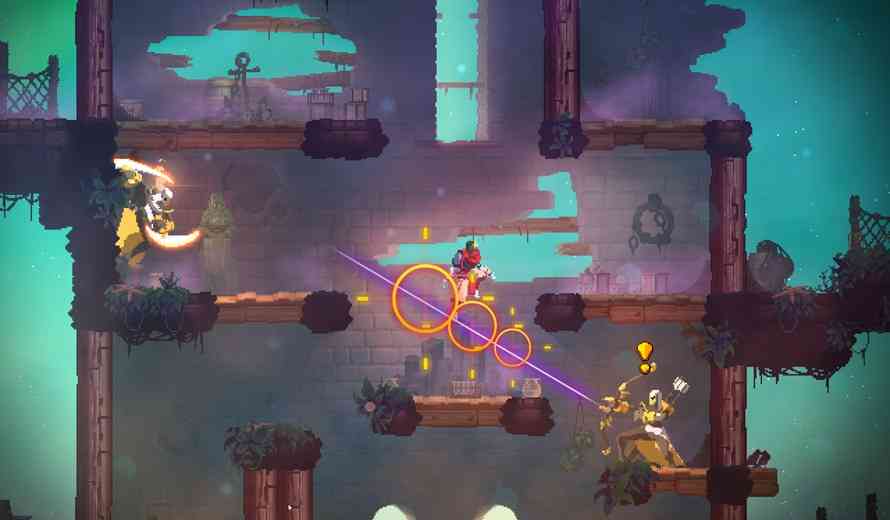 Like the previous DLC for Dead Cells, The Queen and the Sea adds a lot of new content. It isn’t free, but the new weapons, outfits, biomes, and bosses are varied and fun. If you’ve bounced off of Dead Cells’ style or combat, Queen and the Sea won’t change your mind. Heck, you might never even see it, though it’s sure worth the effort. But for fans of the game, and especially for those wanting to wrap up some loose story ends, this is a must-have expansion. It’s a great coda to a now-classic game.