Persona 3 is a game about depression, which may explain why it never reached the same popularity as its successors. This doesn’t mean that Persona 3 isn’t a fantastic game. In fact, I’d argue it may be the best Persona game so far. It’s certainly one of the most memorable. The Persona games are known for their trademark mixture of occultism, dating sim, and smiling in the face of despair. Although the first two Persona games touched on these themes, Persona 3 truly embodied them. With rumors of Persona 3 Portable possibly getting a multiplatform remaster soon, it’s time to look back at this incredibly optimistic game about depression.

First things first: every recent Persona game has a theme. Persona 5 was about rebellion, Persona 4 was about finding the truth, and Persona 3 is about depression. The opening features the Latin phrase “memento mori,” meaning roughly “remember you will die.” Throughout the rest of the game, death is only ever a stone’s throw away. Persona 3 is a dark, grim, and often truly horrifying game about depression and suicide. Despite this, it also manages to be a genuinely optimistic look at how people can overcome depression by supporting each other. 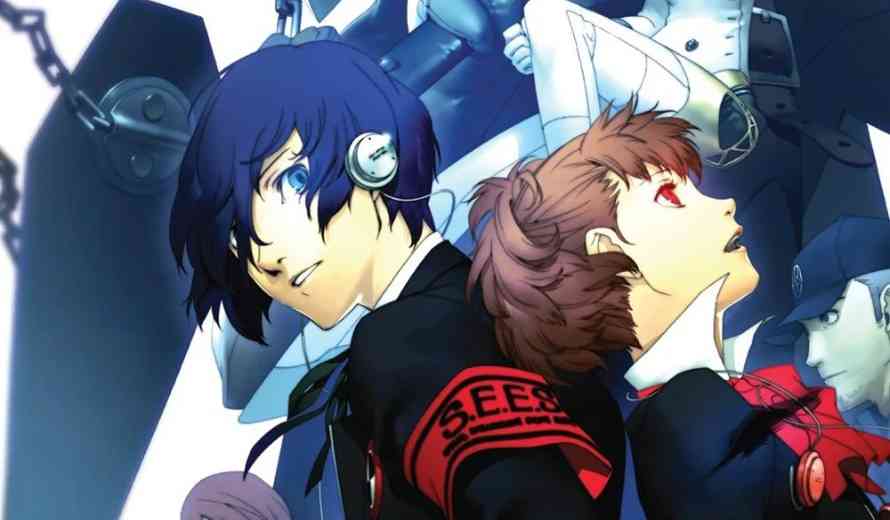 This Game is Rated M For Good Reason

Persona 3 is the Persona game that comes to capturing the larger Shin Megami Tensei franchise’s creepy tone. Often games are rated M for gore and crude humor. Persona 3 is rated M because the characters summon their Personas by acting out the motions of shooting themselves. Although the only weapons they hold are Evokers, replica guns with no actual bullets, the intent is clear. To summon your Persona is an act of self-destruction–an act that brings you literally and metaphorically closer to death.

This title is about depression from start to finish. Battles, cutscenes, and even simple conversations are all filled with imagery that reflects death and suicide. Several characters forcibly awaken their Personas, which must be kept under control through medication. Unfortunately, the medication is both expensive and has lethal side effects. Just about every character in the game has experienced some level of depression, including the protagonist himself. 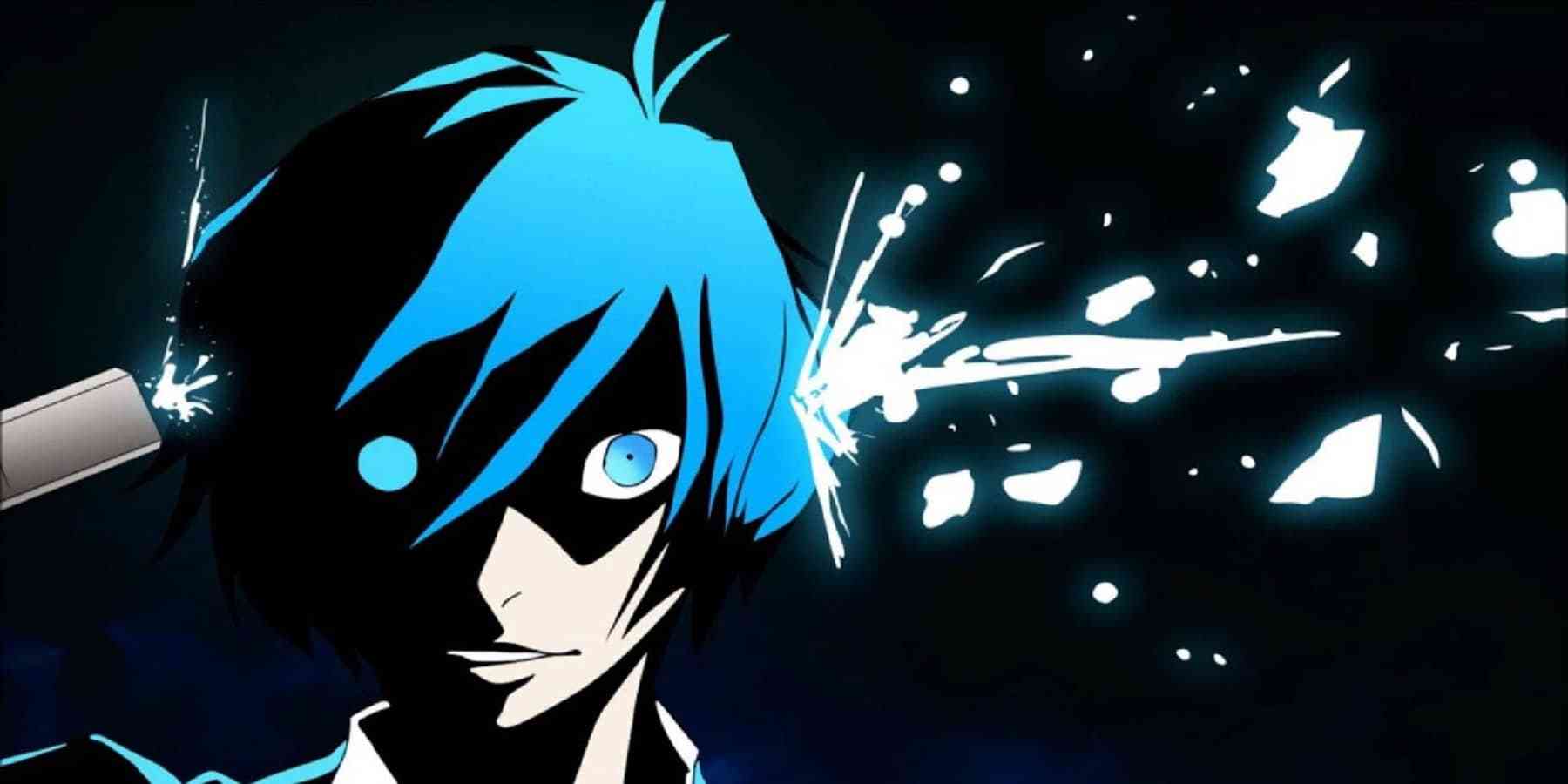 By the end of the original game, every single surviving character’s Persona is linked to a dead loved one. However, the protagonist’s Persona is literally part of Death, the incarnation of humanity’s drive for self-destruction. Death entered the protagonist’s soul after his parents died. It’s been sleeping quietly within him ever since, but its mere presence has left him numb and sleepwalking through life. In fact, the protagonist specifically confirms that he doesn’t have any strong attachments to being alive. The game’s opening act makes a point of highlighting his unsettling grin as he sets Yukari’s Evoker against his temple and pulls the trigger. This nightmarish imagery contrasts sharply with the kindness the protagonist shows throughout the story.

It’s not enough for Persona 3 to present players with a depressed protagonist living in a gloomy world of monsters and magical guns. The game demands the player shove him out of his comfort zone. In order to unlock new Personas and power up, you have to complete Social Links. To complete Social Links, you talk to people. You help them with their problems, and get invested in their struggles. Each person you can connect with represents a different kind of depression and detachment. Forming bonds with them means confronting feelings of emptiness, trauma, and alienation. And in the end, these bonds save the whole world from falling into suicidal despair. 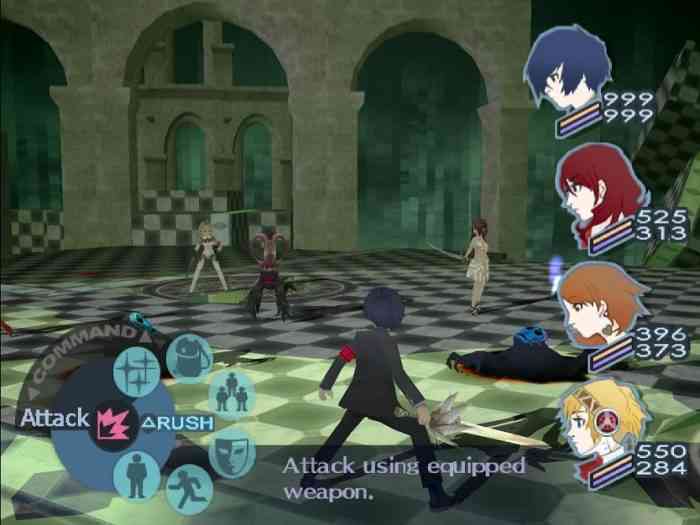 While the characters may hate their own feelings of despair, Persona 3 treats depression with kindness. It’s a game that puts a spotlight on the joys of life, especially when things are dark. In the game, as in real life, forming relationships with others can save lives. This focus on communication and reaching out to others hits harder in Persona 3 than any other Persona game. Persona 4 and 5 may have their casts literally confront their Shadows, but Persona 3 has its cast confront themselves.

Persona 3 may have more in common thematically with The World Ends With You than it does with Persona 4 and 5. The difference is that Persona 3 focuses on a very specific part of the teen experience. This game pulls no punches when it comes to showing how high school students can fall into self-destruction–and how they can emerge from it. Persona 3 is a game about depression, and the angle it takes is that depressed kids can save each other. I think that’s pretty cool.