In 2009 I had moved into my tiny bachelor apartment in the heart of my city. I had owned an Xbox 360 for quite some time but I was growing more and more curious about Sony’s offerings. So after a few paychecks, I went out, foraged myself a PS3 and a few games to dig into. One of those games was a tricky find — a relatively nondescript title by some studio I’d never heard of, published by Atlas, known for more niche Japanese imports. Demon’s Souls, it read on the case. I only knew about it from some game recommendations I received online.

When I fired it into my PS3 I had no idea what I was in for. In minutes I died but I was hooked. Games of the time had gotten relatively easy and were often annoyingly clingy with tutorials. Demon’s Souls did not give a shit about helping me. It challenged me to not only survive but to thrive against its world of monsters and opaque systems. I managed to beat it a few times, absorbing and contributing to its community as much as I could as it grew.

Before I knew it, Dark Souls hit shelves. While I enjoyed it, nothing ever captured that initial rapture until From Software’s later deviation, Bloodborne. And nothing else since. Eleven years later and a console generation in between, I found myself once again crawling through the forlorn streets of Boletaria, fighting for my life.

You are likely as unsure as I was, coming back to this after all these years. I mean what could Bluepoint bring to Demon’s Souls with little to no involvement from its creators? What would they do to the original art direction now with all the power of the PS5? Would they westernize it all too much? Would they change the gameplay that is so dear to our hearts? 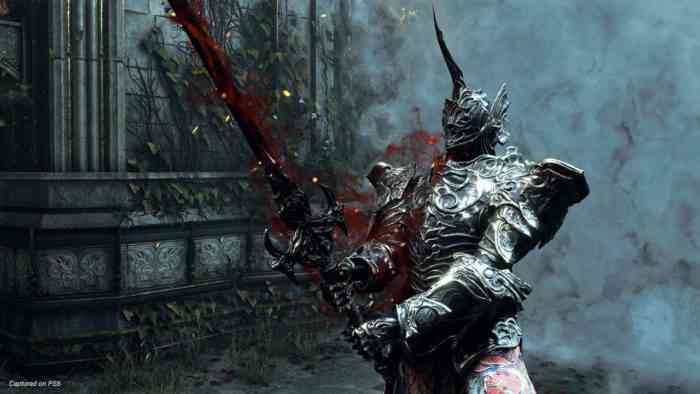 The answer to nearly all of these fears is no. The structure and mechanics of Demon’s Souls is nearly untouched. Any areas Bluepoint did tweak were for quality of life changes. The art direction is much preserved and simply built upon. There are more messages to choose from which can provide much-needed levity while a boss is crushing you.

While there are a few tiny spots I suspect From Software would have done differently than Bluepoint, like some of the enemy designs in HD, it’s all easy enough to get past when there’s so much good happening.

Your character looks like a person now and no longer like a cro magnon mutation. Nondescript soldiers are more alive than the original, and the new facial expressions by NPCs do much to draw you into this haunted world. Light and shadows dance realistically upon tessellated stonework. HDR elevates particles to incredible levels of amazing. It all adds up to quite possibly one of the best looking games to date, even if it doesn’t feature ray tracing. 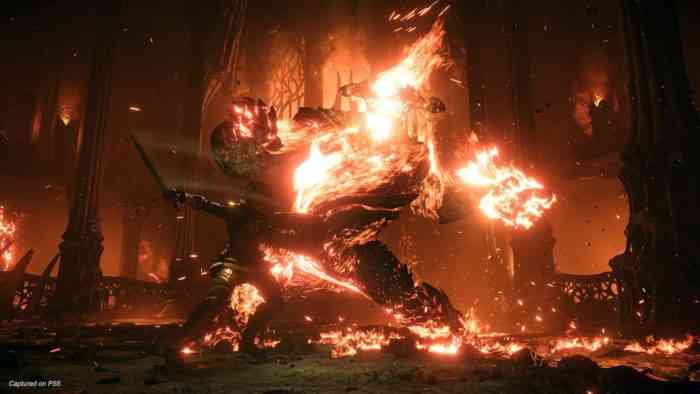 More impressive than the visuals is the sound design. You’ll want good speakers or headphones to appreciate it but once you couple it with the Dual Sense’s haptics feedback you will be blown away. Fireballs, sword swings, boulders all sound as they should but Bluepoint has done key work here to elevate each sound through remixing and completely remaking. I could cast arcane bolt all day and never get tired of the crackle as it starts then the flying bass as it rips through the air. The icing on the cake is the original soundtrack has been fully orchestrated, making boss battles feel like some grand battle for the universe itself as they crash and charge through the impeccable soundscape.

It’s also worth mentioning that dying on the PS5 feels incredibly digestible now that load times are practically non-existent across the board. There’s some kind of dark magic you feel in your bones when you warp between the Nexus and any Archstone to only appear there after a few seconds. The new console generation is looking promising.

New graphics and sound design aside, it’s still Demon’s Souls. And even after a decade and many Souls games now on the shelf, Demon’s Souls core is absolutely rock solid. With all the layers subsequent games added stripped away… wow. It speaks volumes about how well-designed From Software’s first take was. Swings are strategic. Dodge rolling is a survivor’s essence. Knowing when and how to engage each enemy is just as important as your stats. New motion-captured animations only add to the beautiful dance of death on display. You’ll sweat as hard here as you did the first time and you’ll be pissed when you die but ecstatic about your triumphs.

It’s Great To Be Back

Demon’s Souls established what came next and it’s all due to its first-class design decisions that are still in Souls games today. For those of you who missed it and came in later through Dark Souls, you’ll be right at home here. Don’t miss out on the PS5’s showpiece if you can. You deserve to experience Demon’s Souls with Bluepoint’s elevation of it. I can’t wait to see what comes next from Bluepoint, From Software, and the PS5.