Imagine a rhythm game where you’re saving the world with music, only ‘music’ is actually spirited violence. No Straight Roads tasks you with making things better, one superior track at a time. There are crazy boss battles, wicked tunes, and tons of tough rhythm challenges to overcome. I saw a lot of amazing rhythm-centric games this year but none of them featured three different versions of the same song blending together like this. Also on this game’s highlight reel is the dialogue, which drips with goofy charm. The difficulty curve is much steeper, but so then is the reward all the greater.

More sandbox games need to star apex predators. Maneater is the ideal shark lifecycle, one loaded with murder and sweet moves. It’s you versus the hunters, and it’s hardly a fair fight. They come correct with shotguns, depth charges, and automatic rifles. Meanwhile you can recover your health every time you eat one of them. Nothing about this resembles actual shark behavior, which is a blessing. Otherwise the coast of Florida would be a blood-soaked wasteland. Did I mention you can whip your half-eaten prey against a pier while soaring through the air? There’s talk at this time about evolution-style upgrades as well. More sharks need electricity coursing through their veins.

Journey To The Savage Planet

We’ve explored a lot of planets over the last few years, but how many games treated it like a job you can’t quit? Savage Planet has that irreverence so many other sci-fi explorer sims lack. The monsters are goofier, the colors are brighter, and the in-game ads are terrific. You’ve got quests to complete and goals to reach, but it’s just as fun to mess around endlessly. I spent a great deal of time learning how to negate fall damage with the double jump. I also lost many lives poking at enemies I wasn’t even slightly ready for. On the plus side, the monitor in your ship plays new ads every time you respawn there. It’s win-win, really.

My final appointment for E3 ended up being an especially memorable one. Some activities are better suited for VR than others. Who knew that sniper rifles would fit so well? Using the PSVR Aim controller, I crept around a ruined building, spotted my first target, and got to shooting. The Sniper Elite x-ray system is still kicking, giving you very personal looks at your most impressive shots. There’s multiple control schemes for every level of VR sensitivity, which is a boon for cutting down the usual nausea issues. I was feeling so good afterwards, I ran through the demo a second time on a higher difficulty setting. It was during this run that I landed the coveted nut shot, a an achievement so lauded the devs had a chalkboard tally resting between the two stations. Definitely keep an eye out for this one’s eventual release if you’ve got a PSVR.

One of my Daughter’s favorite games, when she was little, was The Bee Movie Game from Beenox. So naturally, seeing Bee’s in any kind of video game warms my black heart. One of the indie games I checked out at E3 was Bee Simulator and I absolutely loved this super relaxing and chill gaming experience. In the game, you see the world through the eyes of a bee. During my hands-on demo, I competed in races, collected pollen, and explored a world inspired by Central Park in New York. While the visuals could use some more work, the controls felt smooth and there was a certain serenity I experienced when flying around. There are three modes, including co-op and vs. split-screen. It also looks like it would be a decent educational tool for kids.

Another indie game that stood out for us at E3 was Werewolf – The Apocalypse, which we checked out at the Bigben E3 booth. Werewolf: The Apocalypse is the first action-RPG game adapted from the eponymous role-playing game. In the game, you play as Cahal, a banished werewolf who must come to the aid of his threatened clan. As a werewolf, you’ll learn to control the devastating “Rage” you can unleash to punish those who pollute, destroy, and corrupt the Earth Mother. The gameplay is fast, visceral and looked incredibly satisfying as you take control of your werewolf who is shredding everything in sight. It’s definitely a game we’re keeping our eye on moving forward. 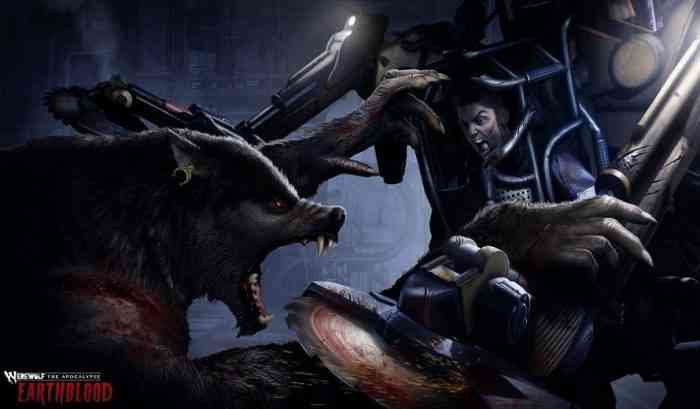 Fans of XCOM will want to put Phoenix Point on their radar. Phoenix Point is an upcoming strategy game featuring a similar turn-based tactics system you saw in XCOM. Developed by Snapshot Games set for release on September 3, 2019 for the Xbox One, and PC, Phoenix Point is set in 2047 on an Earth in the midst of an alien invasion. Players start the game in command of a lone base, Phoenix Point, and face a mix of strategic and tactical challenges as they try to save themselves and the rest of humanity from annihilation by the alien threat. While visually rough around the edges, the layers of strategy was evident. Taking down enemies was highly satisfying and I cannot wait to get my hands on the full version when it is released later this summer.

A VR game where you sit on a kayak for the entire experience doesn’t sound all that enticing. Surprisingly enough, it is actually quite awesome. While at E3 2019 I had a chance to check out Phantom: Covert Ops, a VR game from nDreams slated for release later this year for the Oculus Rift and Quest. It is essentially a tactical Splinter Cell-like game where you float on a kayak down a river, snipping off enemies one by one. All the while you’re trying to avoid being detected. You play as a special ops assassin moving your hands in a circular fashion simulating the paddling motion. Whenever you need to take a shot, you simply put your virtual paddle down and pick up your handgun or sniper rifle. It all felt incredibly immersive and easy to pick up. It isn’t long before paddling feels second nature and sniping off enemies is super rewarding. Making the transition between putting your paddle down and picking up your weapon is tricky at first, but isn’t long before it all comes together. Phantom: Covert Ops was an amazing experience and reason alone why I am considering picking up the Oculus Quest.

What indie games stood out for you at E3? Tell us in the comments below and be sure to check out more E3 previews HERE.