Elite Dangerous devs just rolled out a new update for the game. This new update will put an end to its long-running Azimuth Saga storyline which started in late 2020. Its story will go out with the catastrophic failure of an alien-killing weapon.

Update 13 will include some features and scenarios that will reportedly reflect the finale. This suggests that even if the storyline is over, its conclusion will be felt by the Elite Dangerous community for some time. 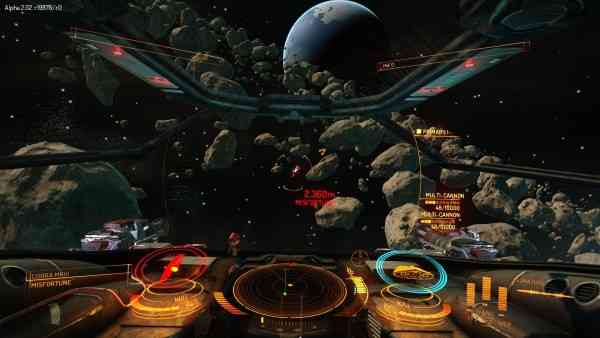 Elite Dangerous players who take their ships to the Anti-Xeno Conflict Zones will see the impact of the highly unstable superweapon. They will witness several destroyed capital ships floating aimlessly in space. Apart from this weapon, they need to watch out for the Thargoids as well. It looks like they are going to be pretty relentless with their attacks. Their mission is to attack any ships that are brave enough to come close.

Those who want to fight the Thargoids can head to the HIP 22460 system where plenty of Anti-Xeno Conflict Zones are located. Frontier Developments had already confirmed to the gaming public that these zones will have ships from the game’s three main factions, namely the Federation, Empire, and Alliance.

Devs also generally updated the AI. For instance, on-foot assassination missions will no longer fail the moment the target boards a ship. Plus, guardian sentinels can now also use their missile launchers without much difficulty.

The update also brought several fixes for various bugs. It fixed severe shadow flickering at settlements and inside the ships during sunrise and sunset. It also got rid of some visual errors that kept happening on a few agricultural buildings.

MultiVersus Dataminer Claims Mark Hamill Could Be Voice of Joker
Next
Classic Monster Hunter Games are Over 80% Off, But There’s a Catch
Previous
MultiVersus Hits 10 Million Player Milestone in Only 3 Weeks