Warframe is one of the most popular games in the industry. It has grown greatly since its initial launch in 2013 and developers, Digital Extremis, have continued to ensure the fanbase is satisfied. Players have a ton of content to explore in the game and a lot of progression to attain. The developers have announced that the Angels of the Zariman quest and content is set to release on all platforms on April 27th. Warframe is currently available on Nintendo Switch, PC, Xbox One, Xbox Series X/S, PlayStation 4 and PlayStation 5. 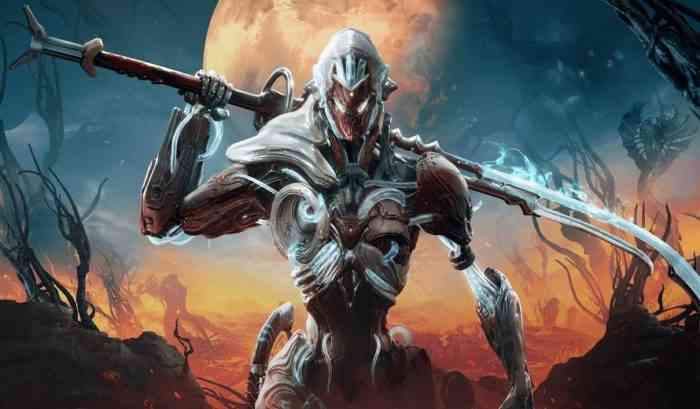 In this quest, players will venture into the heart of the Zariman and find unique locations. In those locations, players will be able to meet new characters, friends, customize their apartments and embark on challenging missions. Furthermore, there are three new Zariman weapons along with powerful ugprades for players to use. These weapons are special due to its material and craftsmanship.

The 49th Warframe, Gyre, uses energy to defeat her enemies. Players must master her elemental skills and abilities such as long-range lightning bolts and more to effectively use her in battle. Additionally, the developers have reworked the Operator Focus School and Eximus Enemies. Both have been altered to benefit the players and based on feedback.

In Warframe, players become powerful warriors and fight enemies alongside their friends. The game features a massive world to explore, various planets to visit and co-op missions to complete. There are also various weapons to master along the way.