So Much So, They’ve Started a Twitter Hashtag to Get Rockstars Attention

Red Dead Online has not had many updates in the past year. The latest was back in July 2021, and the content was not exactly stellar. The update, called Blood Money, did not bring much to the table. True, there was a new currency brought in, and there were a few missions added, and the update itself was fine. The problem is, compared to Grand Theft Auto Online, Red Dead has not been getting as much love. 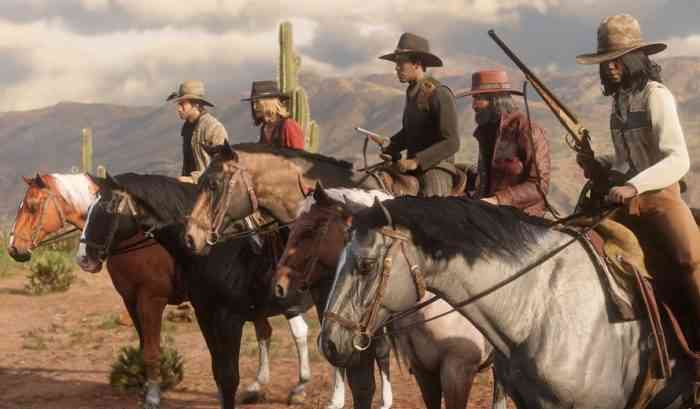 And with Rockstar games announcing that again there will be no updates, but a month-long event that only added more payouts for old missions, players got angry. And this is why a new Twitter trend has popped up. In their frustration, players have made #SaveRedDeadOnline hashtag a thing. And it is only gaining in popularity. More and more players have been jumping onto the train and protesting that this game is too beautiful to be left in the dust.

Of course, there have been some who have tried to abuse this hashtag to instead lash out and spew abuse at the developers. Other players though have been quick to point out that this is not acceptable, and this is not what they want- what they want is an acknowledgment of the Red Dead Online game, and ensuring that it gets an update. Not anything about not offering so much favor to Grand Theft Auto Online or anything like that. Just to make sure that Red Dead is getting some attention and updates.

Grand Theft Auto has been getting, on the other hand, a lot of attention from Rockstar, with massive updates every five to six months, and even an upcoming port onto PlayStation 5 and Xbox Series X|S. This is interesting, especially since GTA is the older of the two games, as it came out originally in 2014, while Red Dead Online came out in 2019.

Red Dead fans simply want a little of that love with some of the updates for the newer game. Is that so much to ask?