Grand Theft Auto Online players have always been hungry for new content. Through the years they have been requesting for more content to unlock and more chances to get bonuses and rewards. Thankfully, Rockstar Games listened to their demands and delivered on their expectations. 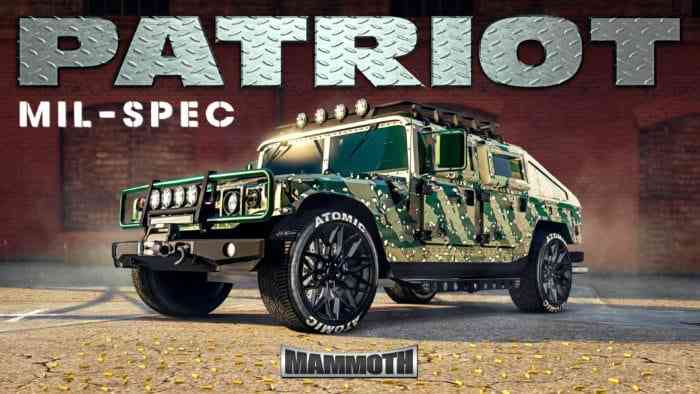 “Mammoth’s Patriot Mil-Spec is the international symbol of self-importance,” devs wrote on social media. “A boxy behemoth that made the crossover from military to civilian society by shirking standard safety features in pursuit of a more streamlined, brutal aesthetic.”

Grand Theft Auto Online players will also be getting double rewards for both GTA$ and RP. They can obtain these in Tiny Racers, VIP Work, challenges, Resurrection, and the Special Cargo Sell Missions. Alternatively, Security Contracts and Payphone Hits will also now both pay out 1.5x typical rewards through January 5th.

To celebrate the new year, Rockstar is also giving some free rewards simply for logging in. Each fan can claim two items. They can get the Blue Glow Shades and the Party Glow Necklace. The former is a pair of neon sunglasses for wearing at night. The second one is a wearable that also emits a neon blue glow.

As soon as they log in, they are also getting a package that features a Firework Launcher, with 20 rockets, a Green Festive Tee, 25 sticky bombs and grenades, a Brown Sea Lion Mask, 10 molotovs, full snacks and armor, and 10 proximity mines.

Grand Theft Auto Online devs also shifted its available discounts. Current discounts include 30% off for any renovations and upgrades at the office, as well as 40% off for executive offices and Special Cargo warehouses.

Do you like this new vehicle? Let us know in the comments below.

Puzzle Game The Entropy Centre Will Launch In November
Next
New Pokemon Legends: Arceus Leak Has Fans Worried
Previous
Former Call of Duty Dev Says, ‘It’s Time to Build From the Studs Up’