Oh, What Could Have Been…

Engines are the most fundamental building block of a game’s development. They’re responsible for so much of the baseline content of a game – everything from lighting, to collision detection, and can help a ton with platform compatibility. They leave an unmistakable mark on every game that uses it.

If you were keeping an eye on the Steam Greenlight program a few years back, you might already be familiar with something like this: so many games passed through that system using the Unity engine, and those studios lacked the resources to completely overhaul visuals. As a result, Unity games started to have a distinct “style” – a point of origin one could recognize at just a glance. Engines control so much about how a game looks and plays… which makes the idea of changing one mid-development all the more daunting. That puzzle is one that the team behind Dragon Age: Origins faced, back in 2004 – and in a recent interview, we found out just what was lost from such a change. 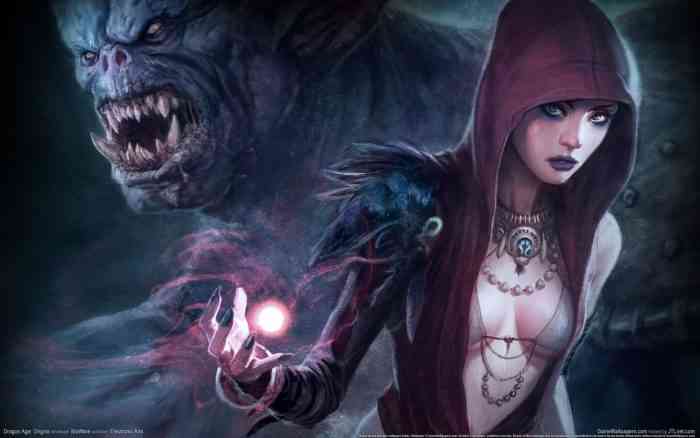 The prototype builds for Dragon: Age were made using the NeverWinter Nights engine – which enabled some crazy stuff. Many Dragon Age developers were impressed with how CD Projekt Red used the engine in their Witcher game, and wanted to see what they could do using the same tools.

But separately, Bioware was also creating an engine of their own – the very same engine Dragon Age would finish with: the Eclipse engine. There was a merger of the teams working on the engine and the teams working on the game, and the game’s engine was changed to accommodate this. This, apparently, was a massive setback in terms of getting the game out quickly, and many planned features just became less feasible – multiplayer included. Engines conflicting with certain modes of play isn’t unheard of, so the loss

So, was the upgrade worth it? Hard to say – even the interviewed developer was unsure. A loss of multiplayer is sad, but a fresh engine is nothing to scoff at either. The version of Dragon Age: Origins we know would have felt very different from one built in the NeverWinter Nights engine, but without a side-by-side it’s hard to make a strict determination.

“Would [Dragon Age: Origins] have come out sooner?” The developer wondered. “Would it have supported multiplayer? Could we have reworked the rendering in [NeverWinter Nights] engine to meet the demands of the time? It’s easy to ask these questions now, in retrospect. But I’m sure at the time, these were really difficult decisions to make.”