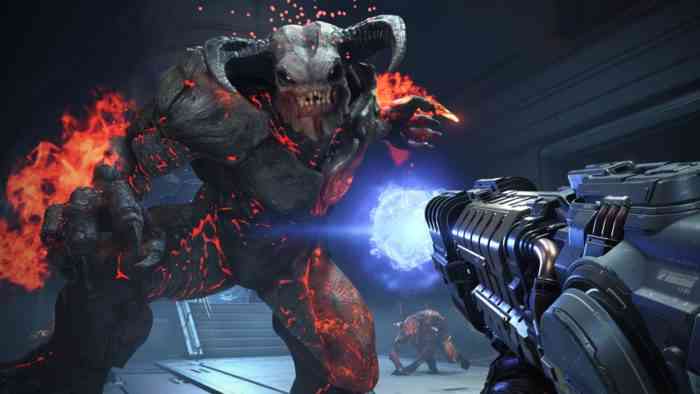 You can buy the Ancient Gods Part 2 DLC through the Nintendo Switch eShop or through retailers selling digital codes.  However, the DLC will add some pretty hefty memory requirements: all in all, the Doom Eternal port and two DLC will require 29 GB of storage.  This means that in addition to having 26 GB of Doom Eternal installed on your system memory, you must also have an external SD card of at least 3 GB.

Doom Eternal launched on the Switch last December with impressive performance, running at a solid 30 FPS.  In addition, it has optional gyroscopic controls for both the Nintendo Switch and Nintendo Switch Lite.  The Switch port also includes the multiplayer mode Battlemode, which pits the Doom Slayer against two player-controlled demons.

Doom Eternal was arguably the best FPS released last year – innovating the movement and strategy parts of the shooter genre.  The Doom Eternal: The Ancient Gods Part Two adds roughly a 3-4 hour experience to the game, as well as providing a conclusion to the DLC storyline.  In addition, the DLC adds new demons, more story, and the new weapon of the Sentinel Hammer weapon.

Are you excited to play the final DLC of Doom Eternal on your Switch? Let us know down in the comments, or hit us up on Twitter or Facebook.

Crypt of the Necrodancer Devs Stealthily Reveal Sequel
Next
Rune Factory Celebrates Its 15th Anniversary With a Special Trailer
Previous
Dragon Age: Origins Could Have Had a Multiplayer Mode