It’s Time to Finish the Fight

Almost a year after its initial release, Doom Eternal‘s second and final campaign expansion will soon launch and Bethesda is building up the excitement with a new trailer releasing later this week. 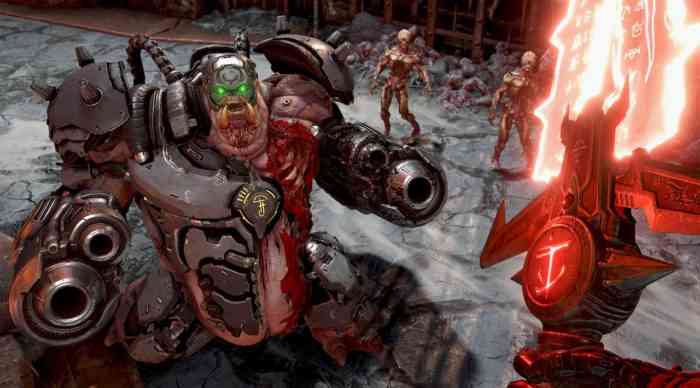 According to the official Doom Twitter account, a full reveal for the last game expansion, “The Ancient Gods – Parts Two” will be released later this week on March 17.

The short teaser trailer features some stills and gameplay footage of Doom Slayer facing off against hordes of demons and offers the following description: “The epic conclusion to the DOOM Slayer’s saga is coming soon – watch the full trailer reveal on March 17th, 2021. Your war against Hell ends here.”

It might not be much but at least we know that a full trailer is coming in just two days so the wait for more info won’t be too long.

Doom Eternal is a direct sequel to the series’ reboot released in 2016. The game launched around this time last year on March 20th and the first part of the Ancient Gods expansion released in October, 2020.

Here are a few key features for The Ancient Gods:

“New Mission
Experience a new mission in your eternal fight against evil. Unleash your vengeance and face your greatest test as you march back to the Maykr’s realm. Defeat powerful new threats, restore order to the heavens, and unearth the corruption that has thrown the universe into chaos.
New Locations
From the industrial rain-swept decks of the oceanic UAC Atlantica Facility on Earth to the corpse-littered Blood Swamps of Hell to the crumbling ruins of a demon-infested Urdak, you will visit epic new locations to eviscerate the armies of Hell.
New Enemies
Change your tactics as you face Hell’s newest threats that add more depth and challenge to combat. Face the Spirit, an ethereal enemy that buffs other demons with added strength and speed, and the Blood Maykr – a corrupted Maykr Angel armed with a powerful staff that can be hurled with thunderbolt force.
DOOM Eternal: The Ancient Gods – Part One does not require a copy of DOOM Eternal to play.”

You can watch the Ancient Gods – Part Two Teaser Trailer below.