After years of administering new and unique titles, Valve has just announced the end of its Steam Greenlight program. For years, the great company of PC gaming has worked towards optimizing title distribution. Such has been a natural part of company growth and content. Thus, we had programs such as Discovery. That was up until Valve realized they needed a more streamlined approach, one where game picks didn’t rely on a handful of people. Thus, we currently have Steam Greenlight. It is through Steam Greenlight that game publishers directly reach out to prospective gamers and showcase their IPs. Inevitably, whole communities have been built around those games. As of Spring this year, however, Steam Greenlight will be officially retired

Instead, Valve is opting for a new process that would play out as follows:

“This new path, which we’re calling ‘Steam Direct,’ is targeted for Spring 2017 and will replace Steam Greenlight. We will ask new developers to complete a set of digital paperwork, personal or company verification, and tax documents similar to the process of applying for a bank account. Once set up, developers will pay a recoupable application fee for each new title they wish to distribute, which is intended to decrease the noise in the submission pipeline.”

Over the years, Steam has revealed the amount of diversity in the player base. Valve is opting for “Steam Direct” so that players can better connect to that content they’re searching for. Moreover, part of the plan is to ensure quality for the customers. Publishers will pay for access to that line, but Steam hasn’t specified what aspects of the Greenlight program will remain intact. We’re assuming that direct communication between publishers and gamers shall remain. The company is currently taking feedback on the idea, and you can find them here at the Steam Blog. 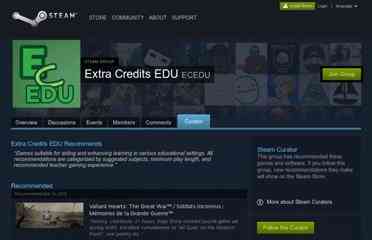 We’ll keep you updated as we learn more about Steam Direct. For now, feel free to let us know your thoughts on this big upcoming change. And for more of the latest gaming news, simply stick around COGconnected.